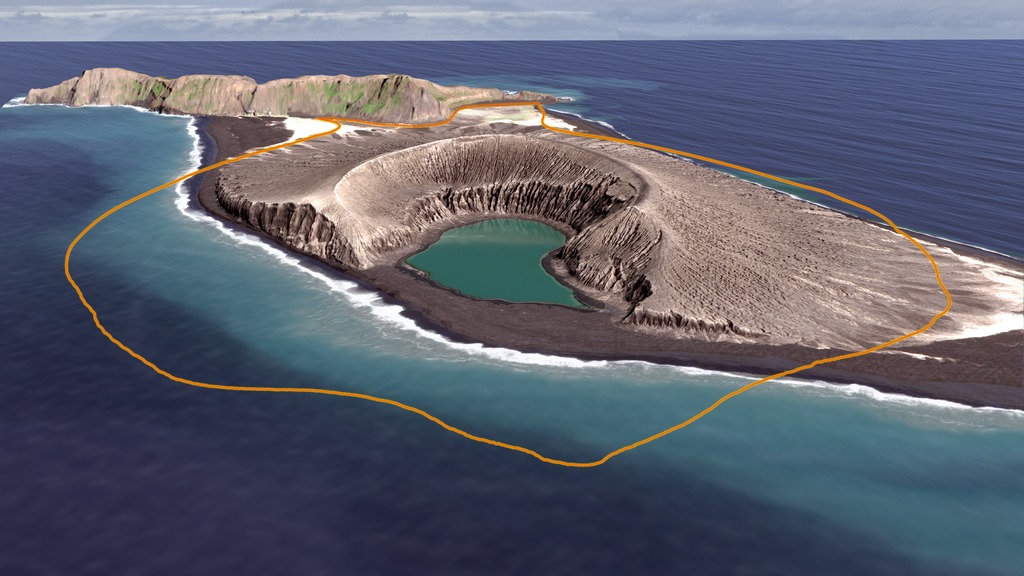 Download Options
This image shows the island as it appeared on September 19, 2017 with an outline of the initial extent of the island from January 2015. 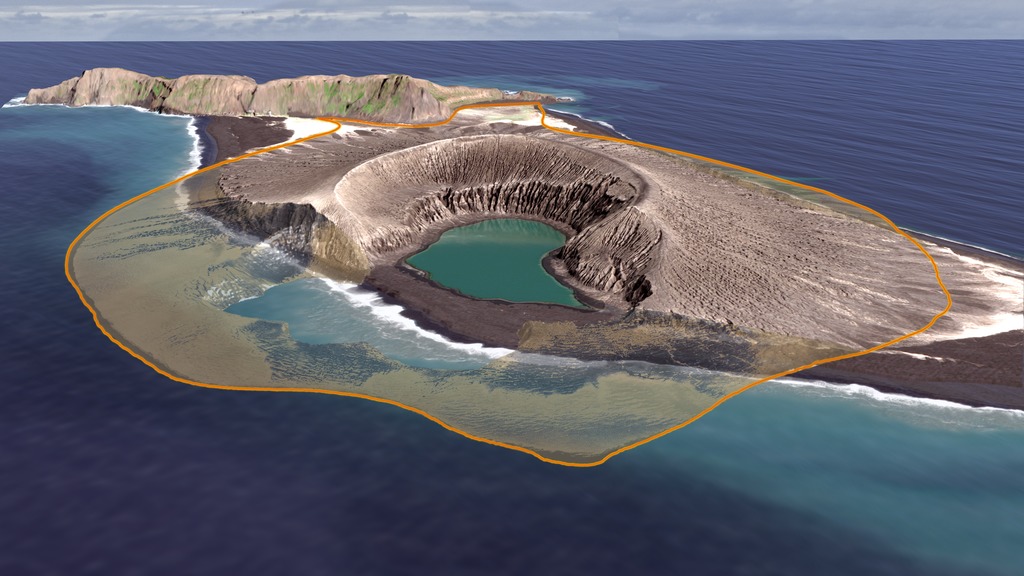 Download Options
This images shows the island as it appeared on September 19, 2017 with the semi-transparent overlay of the area that was eroded between January 2015 and September 2017.
Download Options
This movie is identical to the first visualization on this page except that the simulated smoke depicting the volcanic eruption is not included in this version. 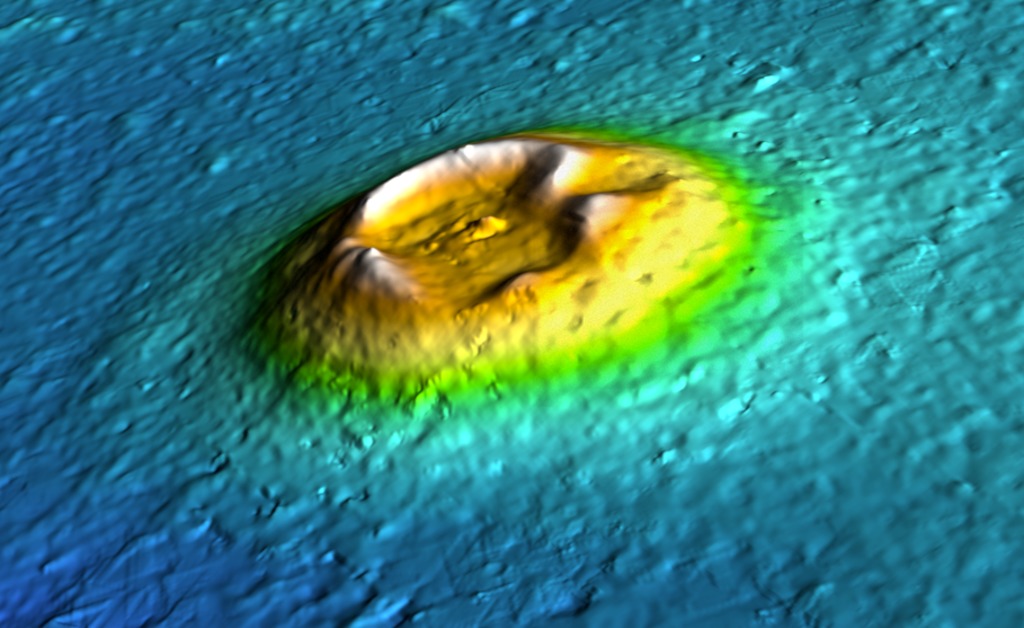 Download Options
This is an image generated from a digital elevation model derived from stereo views of a Martian volcano. Data was collected from the HiRISE instrument aboard Mars Reconnaissance Orbiter. Study of HTHH may give us insights into how land forms like this formed on Mars two or three billion years ago. 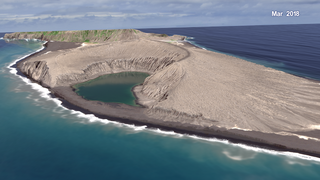