Download
In April 2015, we watched an isthmus bridge begin forming from the new island to the older island neighboring it to the east. Soft volcanic material, especially on the island’s southern side, was eroded by the ocean and deposited on the tail end, which grew and grew till it reached the other island. It’s about 1600 feet (500 meters) across, or the length of 5 football fields.
Download
The erosive forces of the ocean broke down the southern wall of the crater lake in May 2015. We thought this might mean that the island wouldn’t last much longer because the ocean could now attack the interior of the island’s tuff cone. But in June, a sandbar formed, closing off the lake again and protecting the interior. The sandbar has been in place ever since. 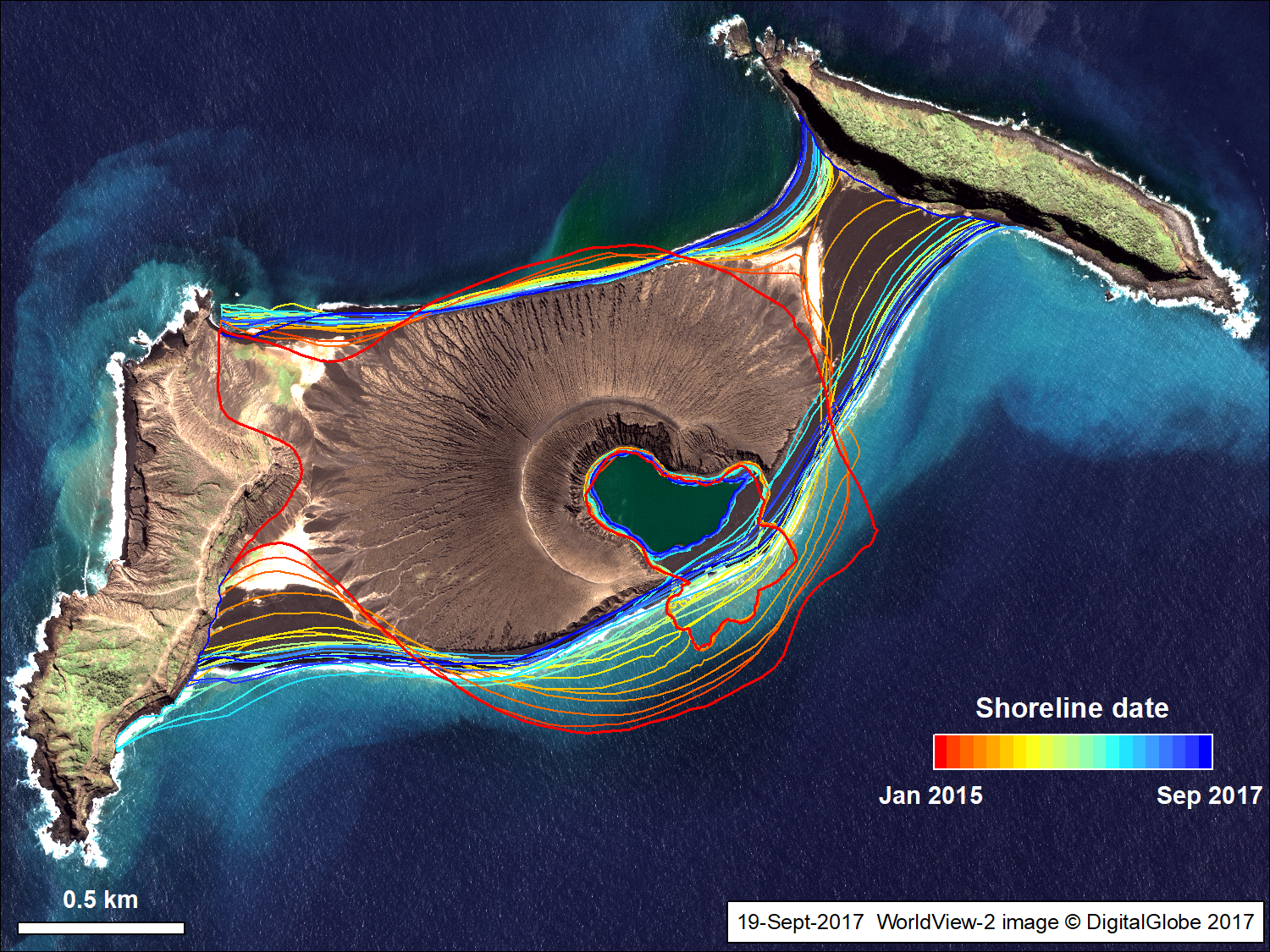 Download
The Sept. 19th satellite image of the Tongan island is overlain with lines that show its previous coastlines from Jan. 2015 (red) through the present (blues). Credit: NASA 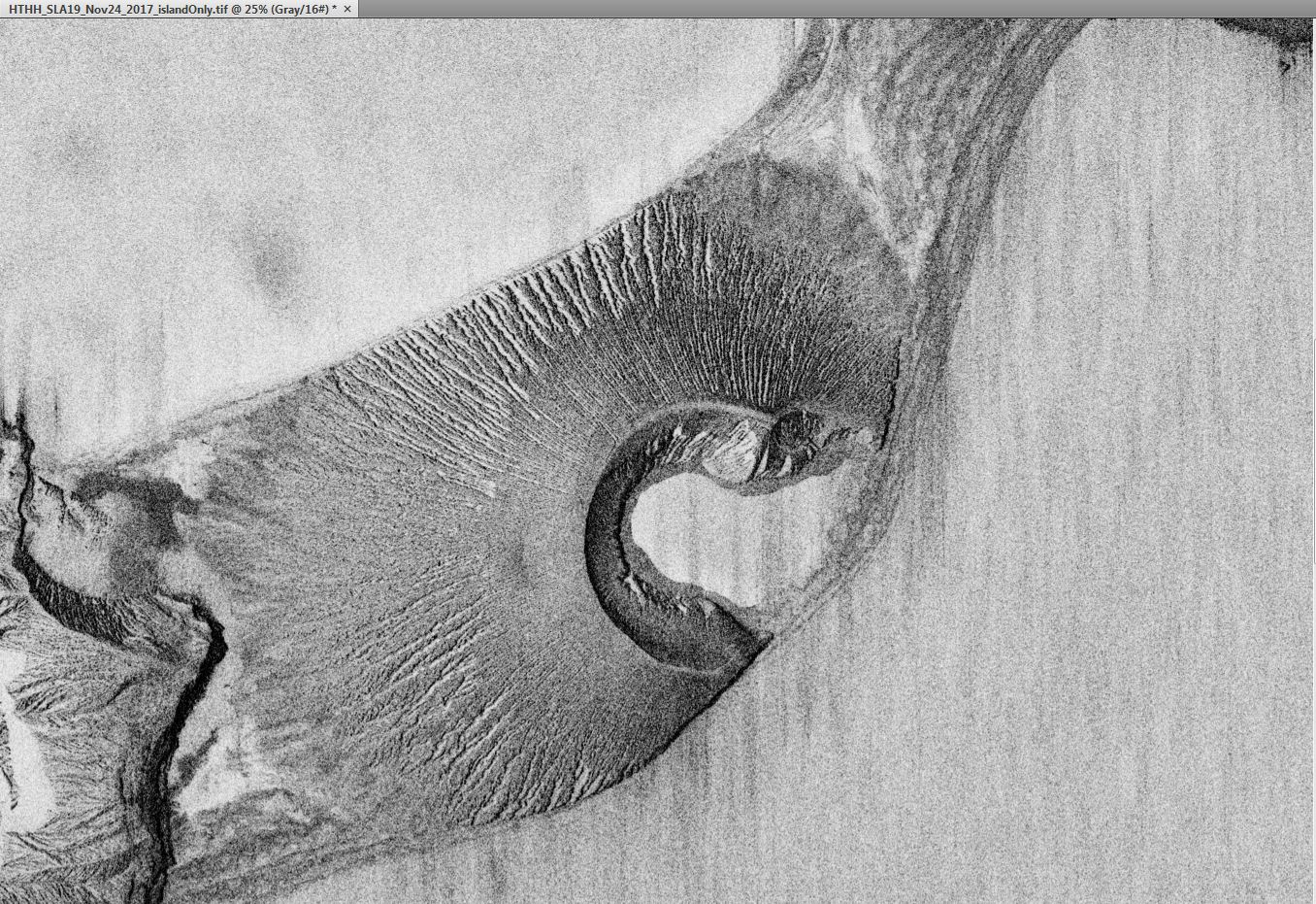 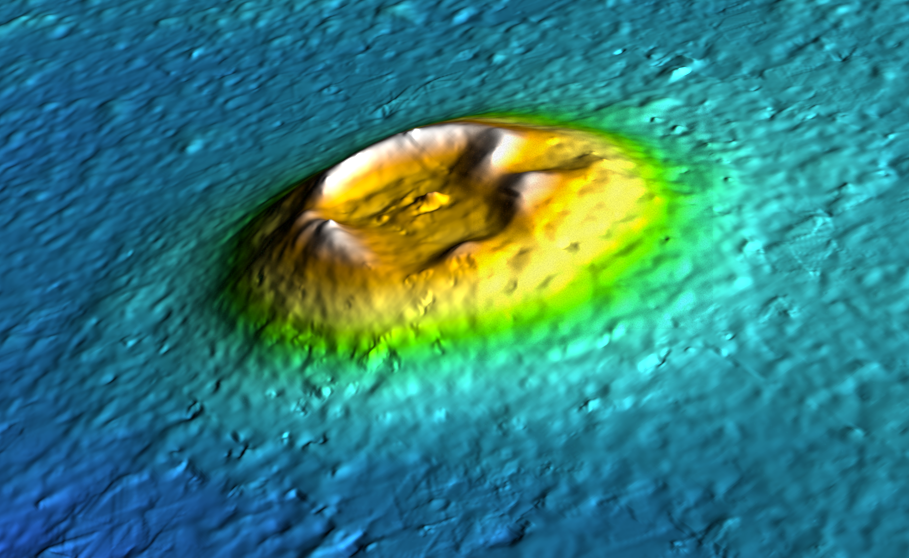 Download
Digital elevation model derived from stereo views of a Martian volcano from the HiRISE instrument aboard Mars Reconnaissance Orbiter.

Download
High-resolution satellite image of the Tongan island right after it formed, Jan. 19, 2015.

Download
Sediment from the eroded cliffs form a beach around the crater lake, June 4-5, 2017.

Download
Tephra cliffs compose the interior crater wall. A sandbar on the southern side of the island walls off the crater lake from the ocean, June 4-5, 2017. 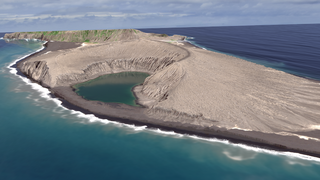