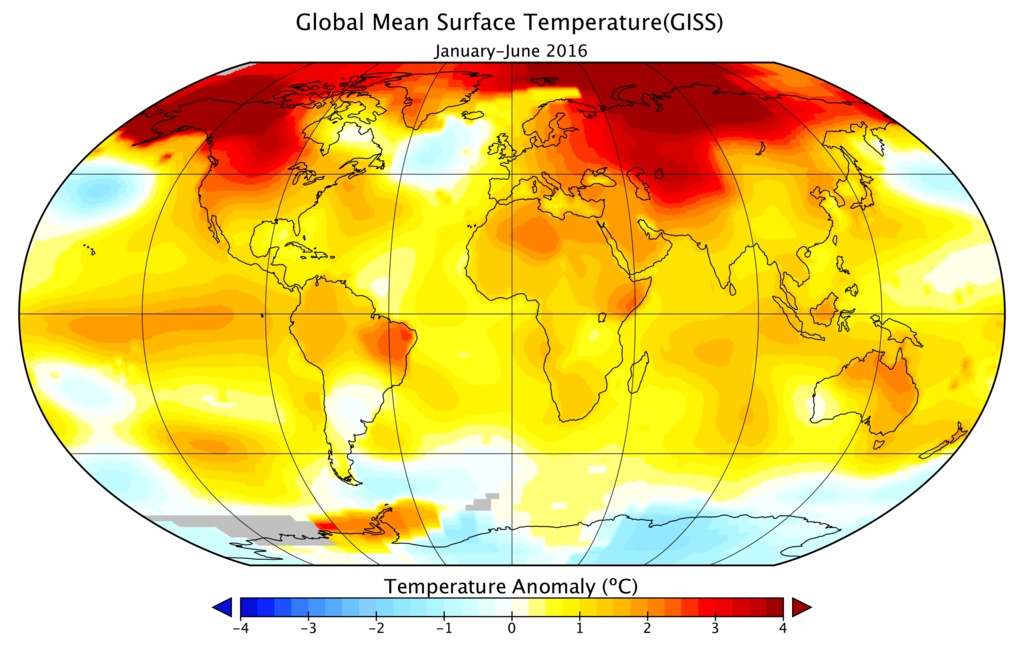 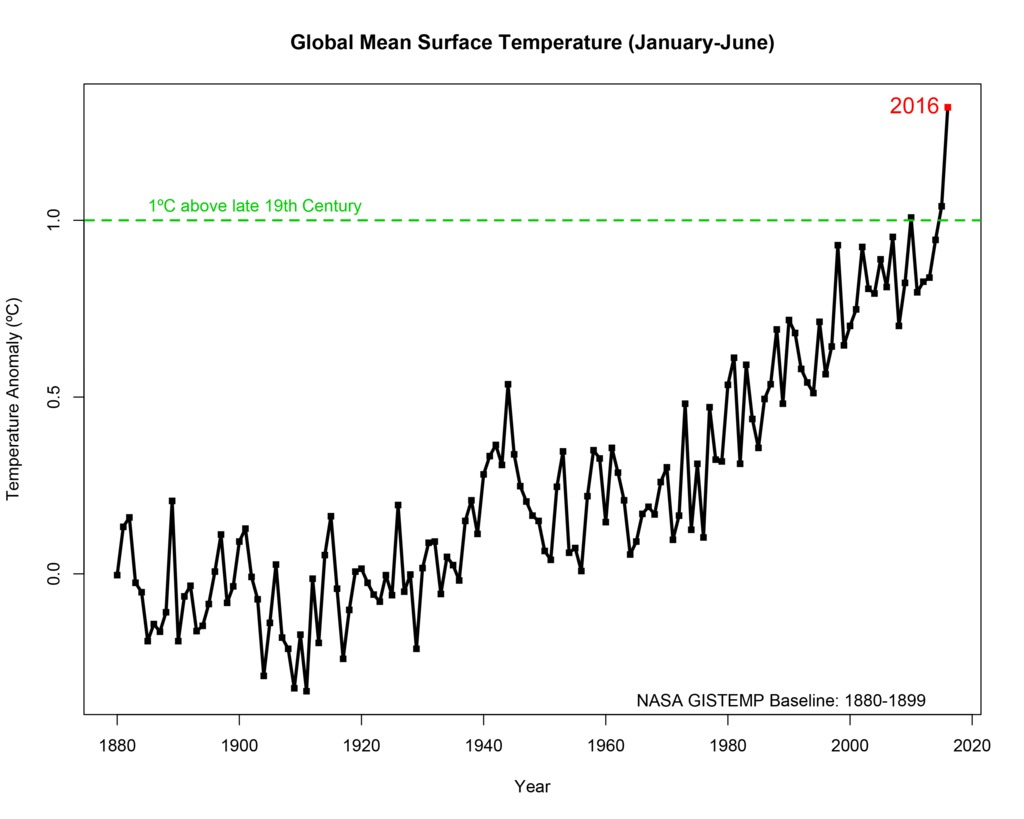 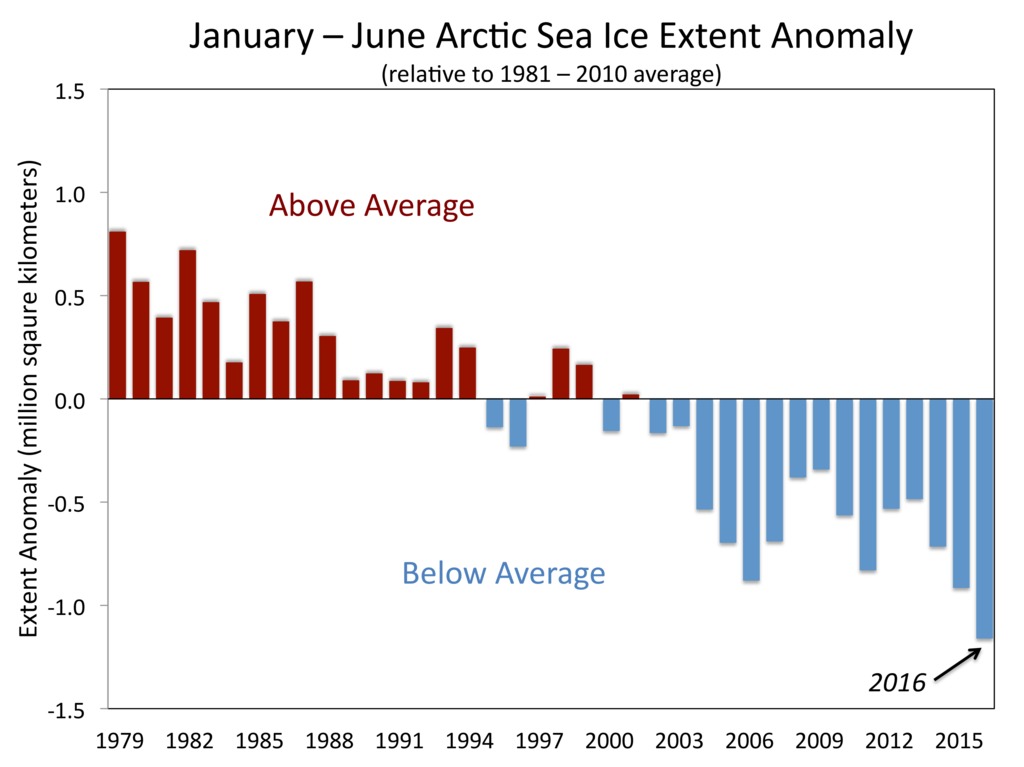 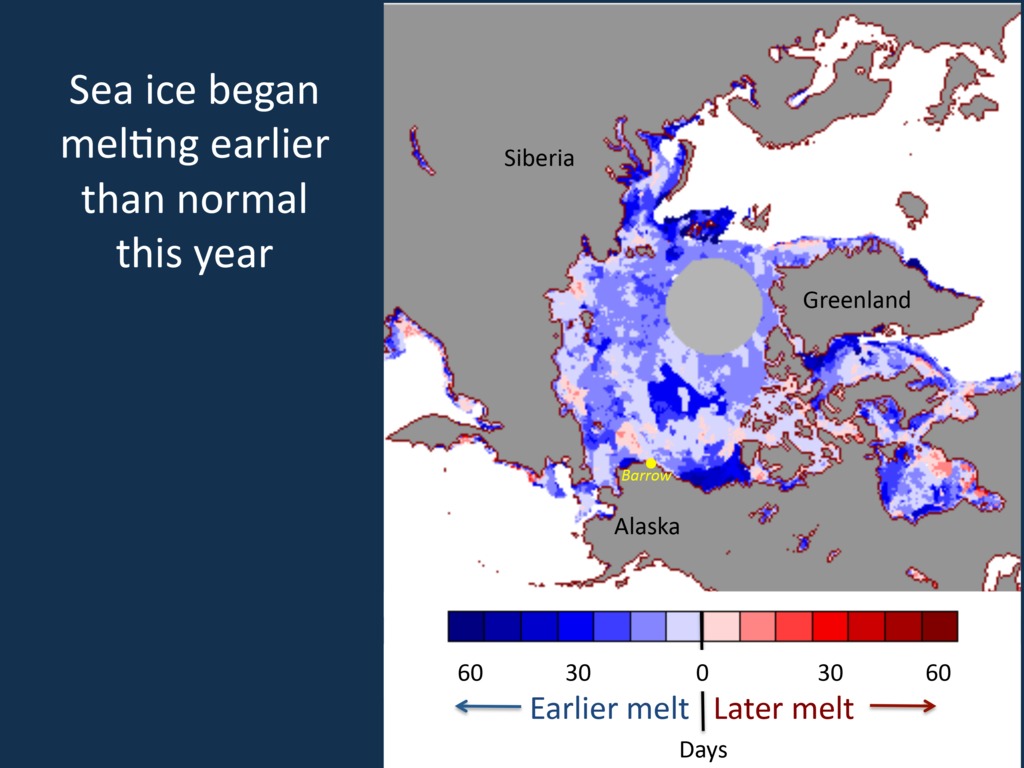 Download Options
Figure 4 (Meier) -- Map showing the number of days, earlier or later than the long-term average, when sea ice began to melt in the Arctic. 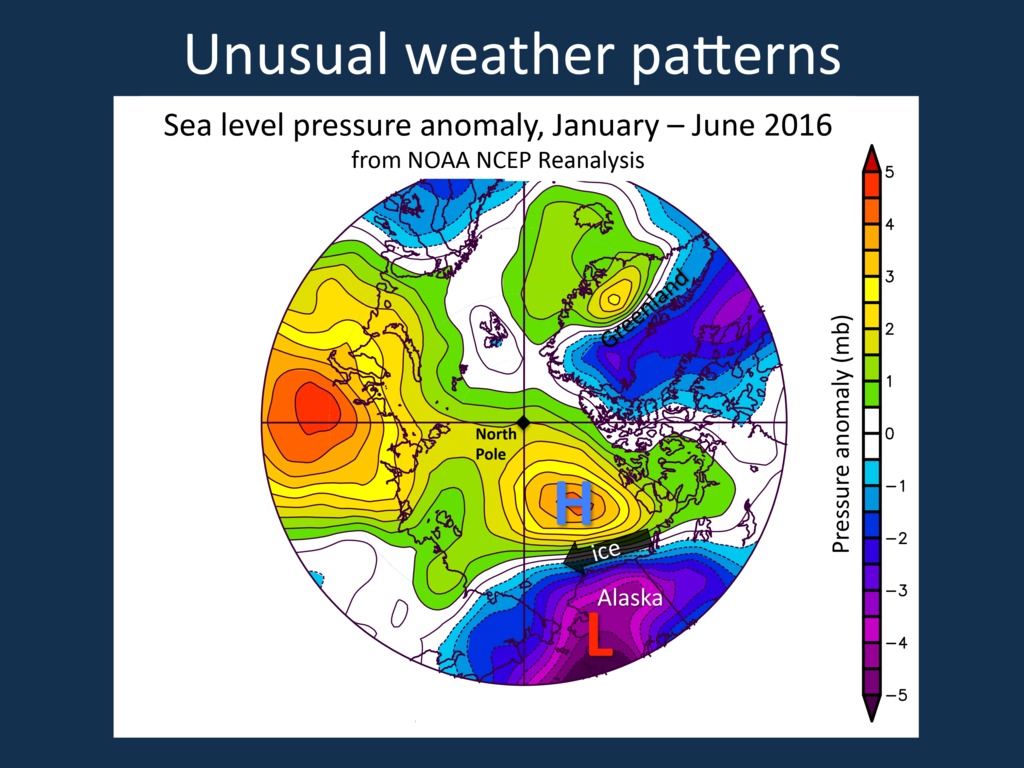 Download Options
Figure 5 (Meier) -- Map showing how much the barometric pressure in the Arctic differed from the long-term average.

Download Options
Figure 6 (Meier) -- Animation of sea ice in Beaufort Sea, off the coast of Barrow, Alaska, on five dates from April to July, 2016. Images from MODIS, 250m resolution. 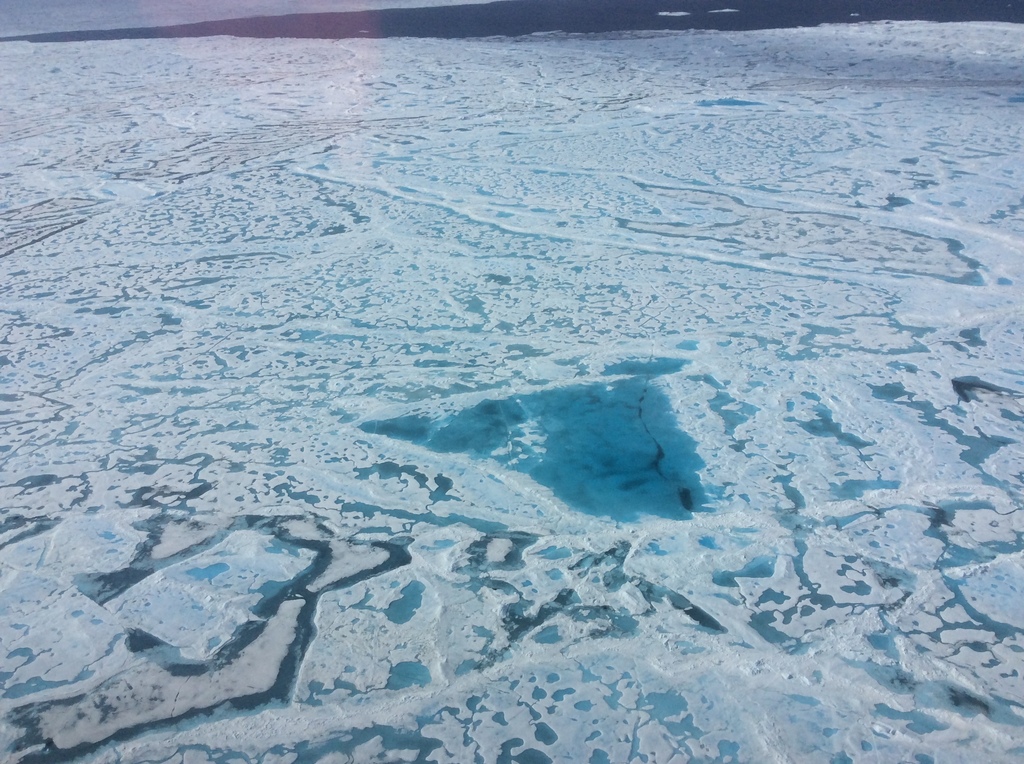 Download Options
Figure 7 (Kurtz) -- A large melt pond is seen out the window of NASA's HU-25C Guardian Falcon aircraft during an Operation IceBridge flight over the Beaufort Sea on July 14, 2016, to measure the characteristics of melt ponds on the surface of Arctic sea ice. 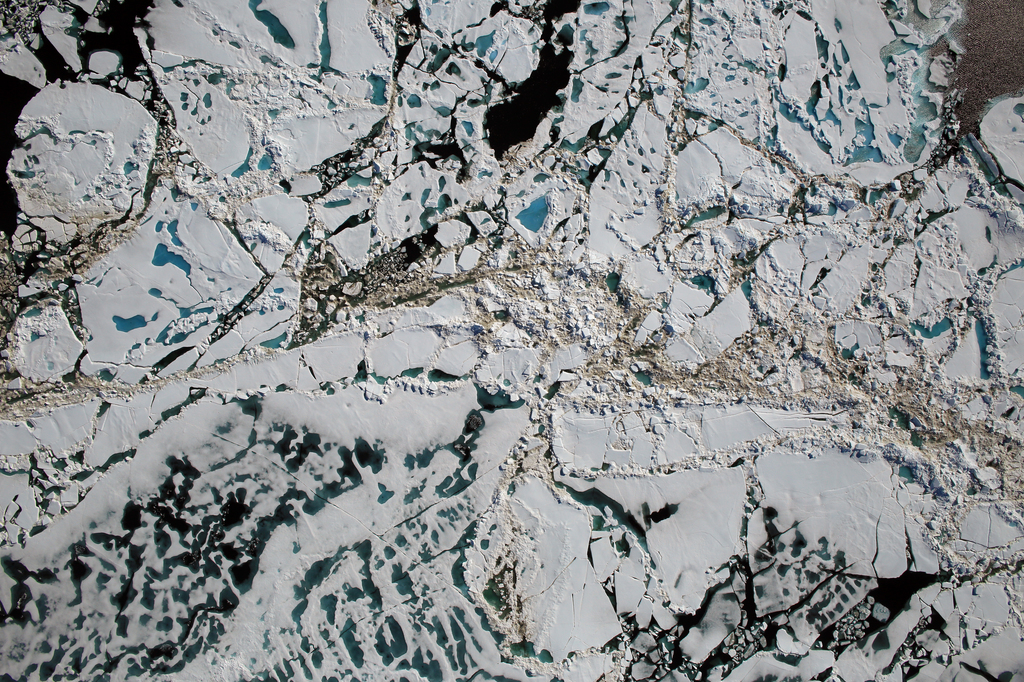 Download Options
Figure 8 (Kurtz) -- Chunks of sea ice, melt ponds and open water are all seen in this image captured at an altitude of 1,500 feet by the NASA's Digital Mapping System instrument during an Operation IceBridge flight over the Chukchi Sea on Saturday, July 16, 2016. 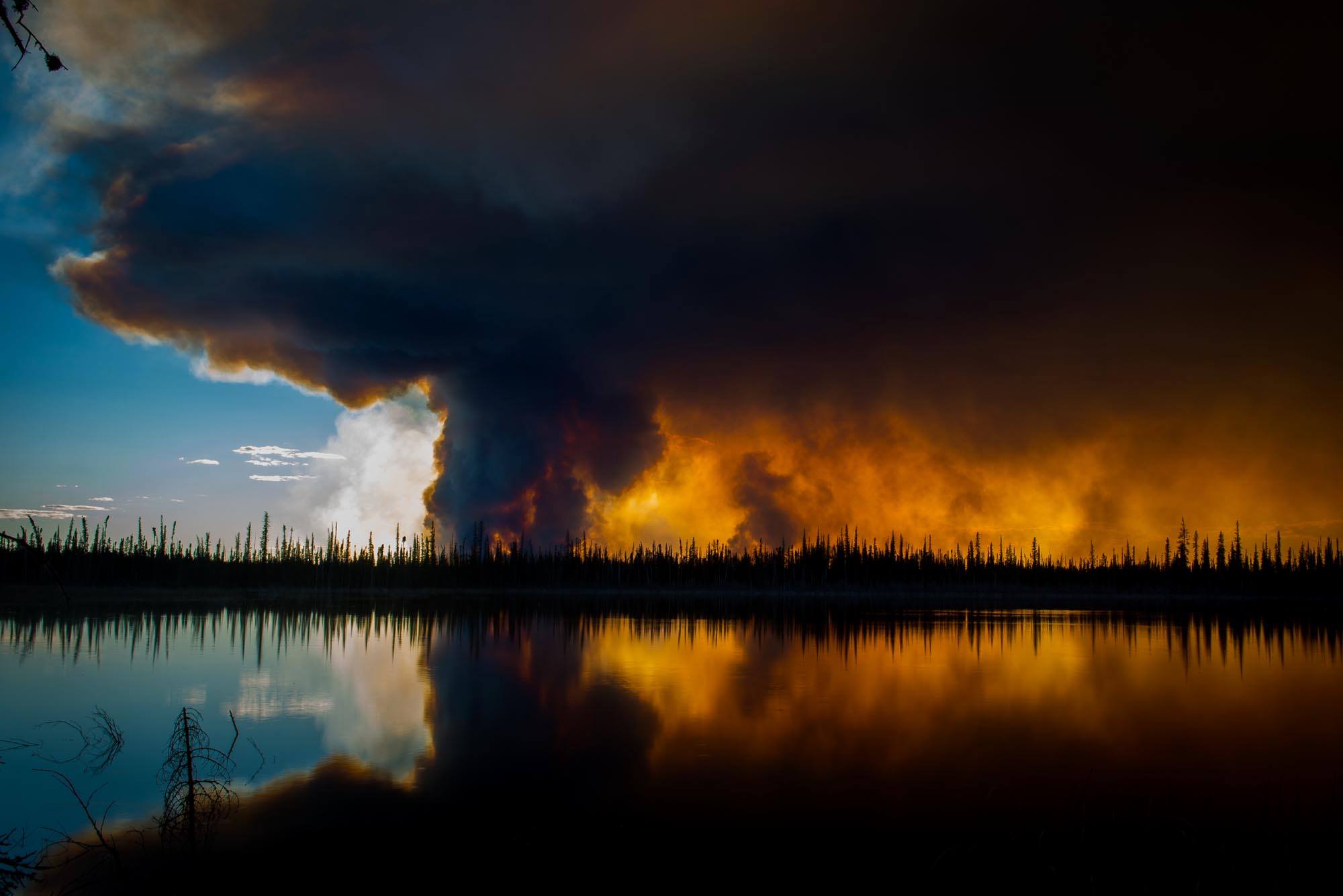 Download Options
Figure 9 (Miller) -- Smoke rises into the air from a large fire in the boreal forest north of Fort Providence, Canada, on June 26, 2014.

Download Options
Figure 10 (Miller) –– Animated GIF of false-color satellite images of Alaska's forests on June 14, 2015, before the fire season intensified, and on September 1, 2015, after the major fires had been controlled. The images are from the Moderate Resolution Imaging Spectroradiometer (MODIS) on NASA's Terra and Aqua satellites, respectively. More information can be found at NASA's Earth Observatory

Download Options
Figure 11 (Miller) -- Photographs taken in the same place in 1987 and 2013 on Herschel Island, Yukon Territory, Canada, show the expanded growth of shrubs as the Arctic has warmed in recent decades. 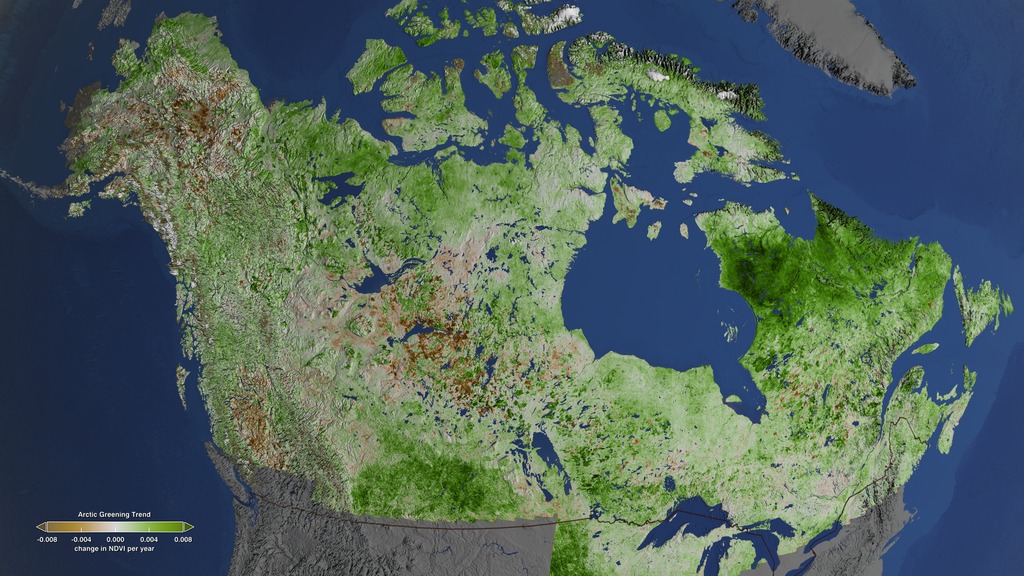 Download Options
Figure 12 (Miller) -- At continental scales, satellite data since the 1980s have indicated increased vegetation productivity (greening) across northern high latitudes, and a productivity decline (browning) for certain areas of undisturbed boreal forest of Canada and Alaska. This image shows the change in the vegetation trend over Canada and Alaska between 1984 and 2012. Green colors indicate an increase while brown colors indicate a decrease. 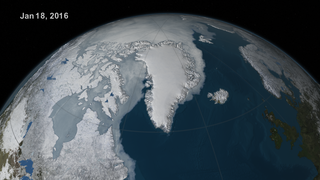 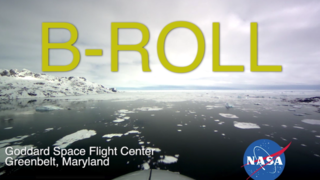 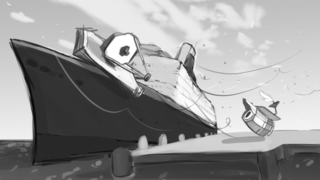