Visualizations by Ernie Wright Released on July 18, 2014
Download
The Apollo 11 landing site visualized in three dimensions using photography and a stereo digital elevation model from the Lunar Reconnaissance Orbiter Camera. Transcript.
This video is also available on our YouTube channel.
Download
The unedited visualization used in the feature. The camera zooms up to the Apollo 11 Lunar Module as seen in LROC NAC image M175124932R, then the view tilts and rotates to reveal the topography of the landing site. The animation loops seamlessly. 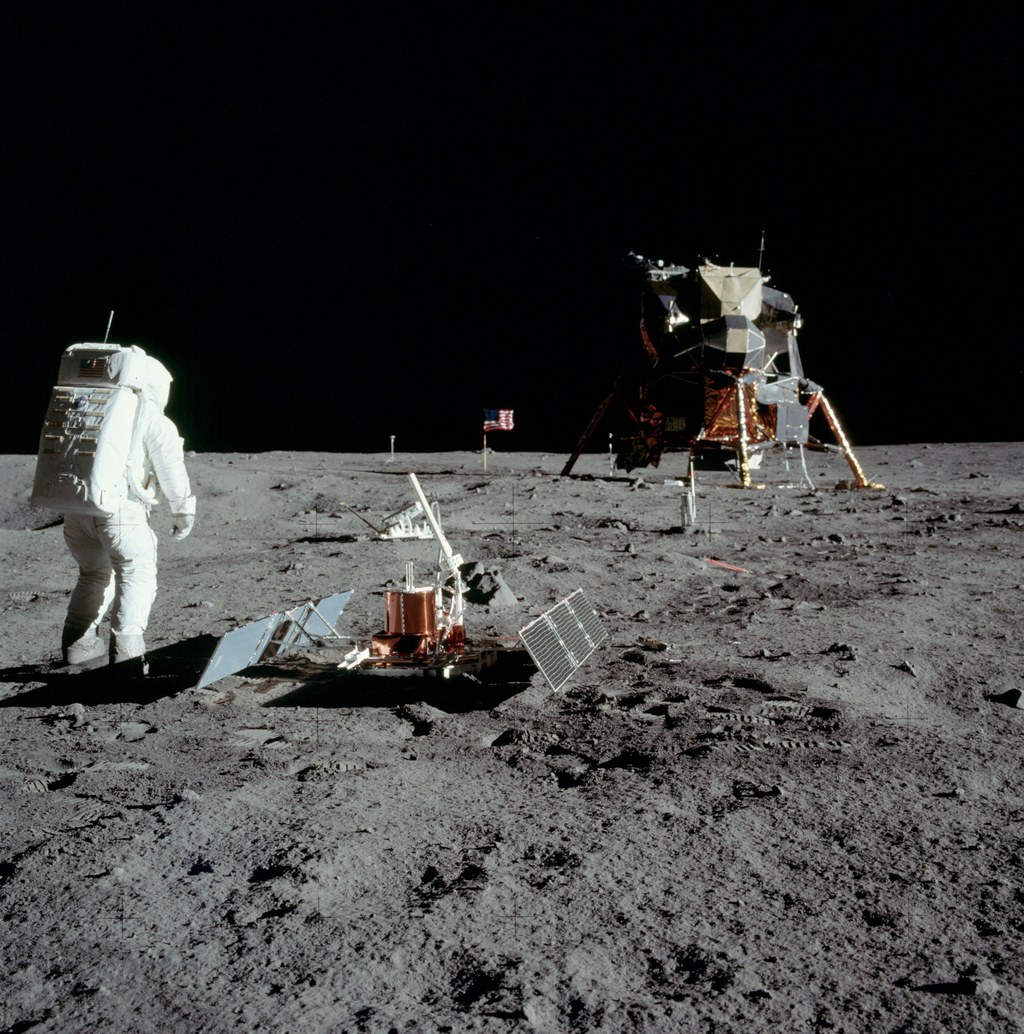 Download
Three photographs taken on the surface of the Moon by Apollo 11 astronaut Neil Armstrong. Fellow moonwalker Buzz Aldrin is setting up the retroreflector and seismometer experiments that are also visible in LROC images of the site. The flag and TV camera are in the background to the left of the LM. 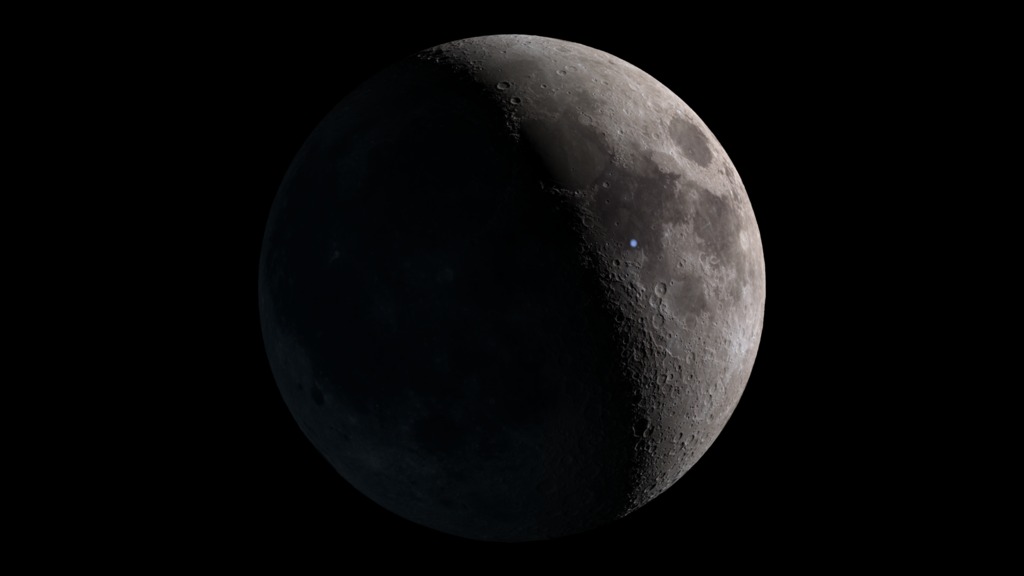 Download
The waxing crescent Moon as it appeared from Earth on July 20, 1969. The blue dot marks the site of the Apollo 11 landing in Mare Tranquillitatis, where it was early morning. 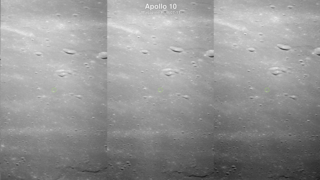 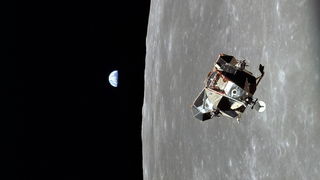 Model - 2012-09-17
view all stories where this data set is used
Note: While we identify the data sets used in these visualizations, we do not store any further details nor the data sets themselves on our site.