1. Observations from the NASA–supported National Snow and Ice Data Center indicate the winter sea ice has peaked at 5.6 million square miles, less than twice the size of the U.S.

2. The main player inhibiting growth are the warm winds from the south that compact the ice northward and also bring warm air that melts the ice.

3. The end of the winter ice growth season came two weeks earlier compared to the 1981 to 2010 average date.

TAG: The past decades have seen a downward trend in Arctic sea ice during the winter and summer, although, the trend is decreasing faster for the summer melt. 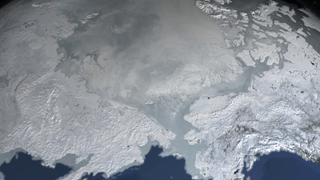 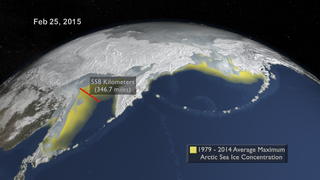