Looking for the Shadows of New Worlds

Released on October 30, 2015
Download Options
NASA Goddard astrophysicist Daniel Angerhausen discusses how astronomers may be able to maximize transit photometry to find planets like those in our solar system around other stars -- and possibly moons, rings, and asteroid groups as well. 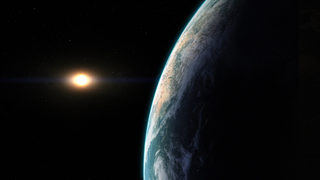