Story by Karen Fox | Visualizations by Tom Bridgman Released on May 29, 2012 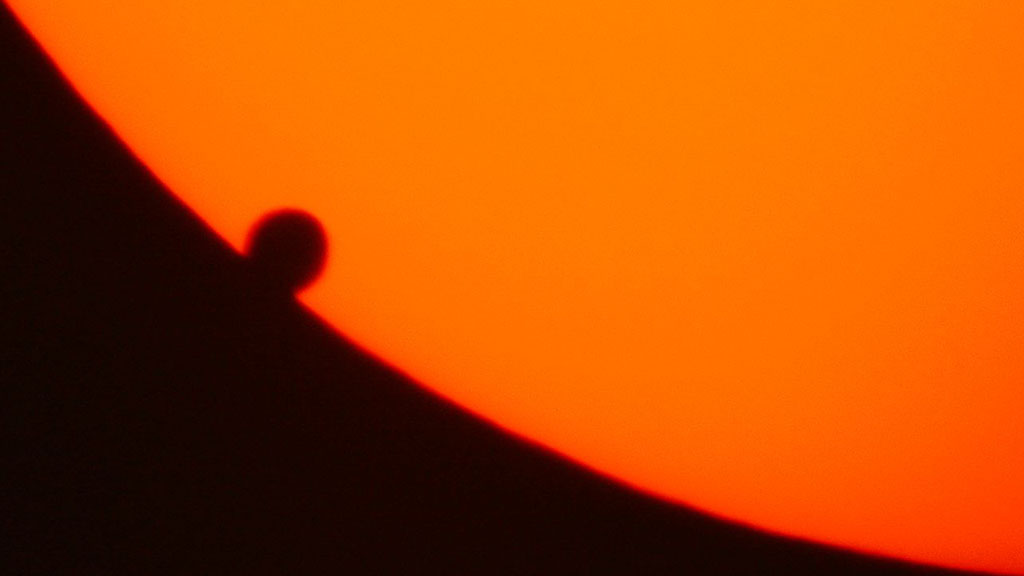 Download
It's the most infrequent, predictable occurrence in the heavens, and it's happening soon.
Download
This visualization shows the orbital paths of Venus and Earth that will lead to this rare alignment.
Download
Venus will take just more than six hours to cross the sun on June 5, 2012. 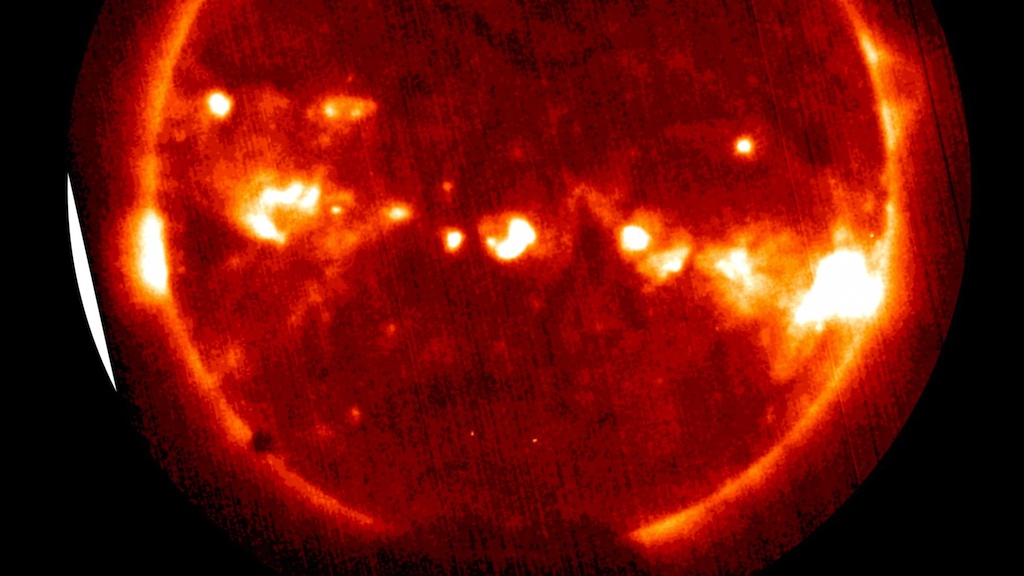 Download
Venus appears as a black dot on the lower left edge of the sun in this GOES satellite image, captured during the 2004 transit. 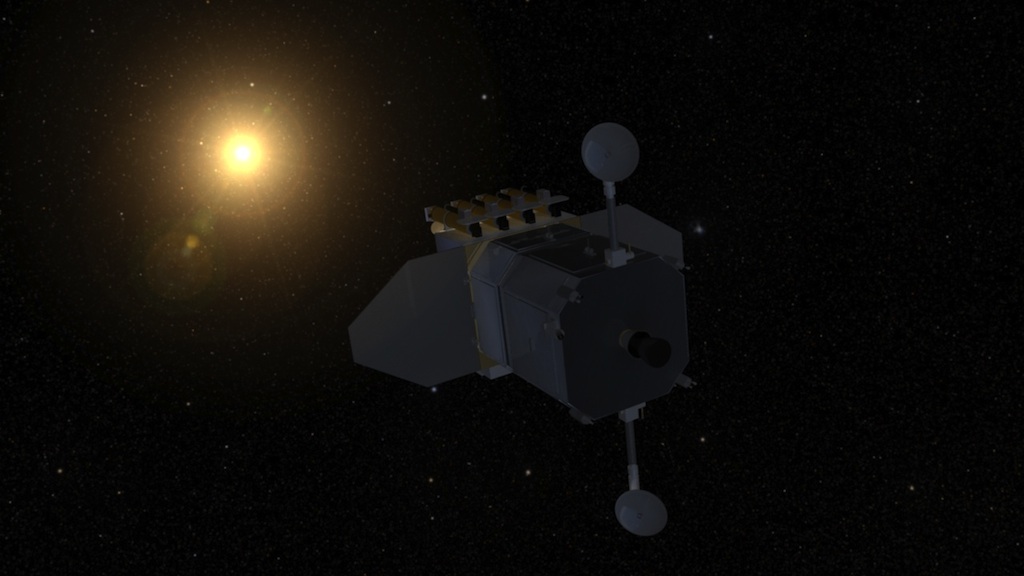 Download
NASA's Solar Dynamics Observatory will capture unprecedented imagery of the transit and use the event to calibrate its sensors. 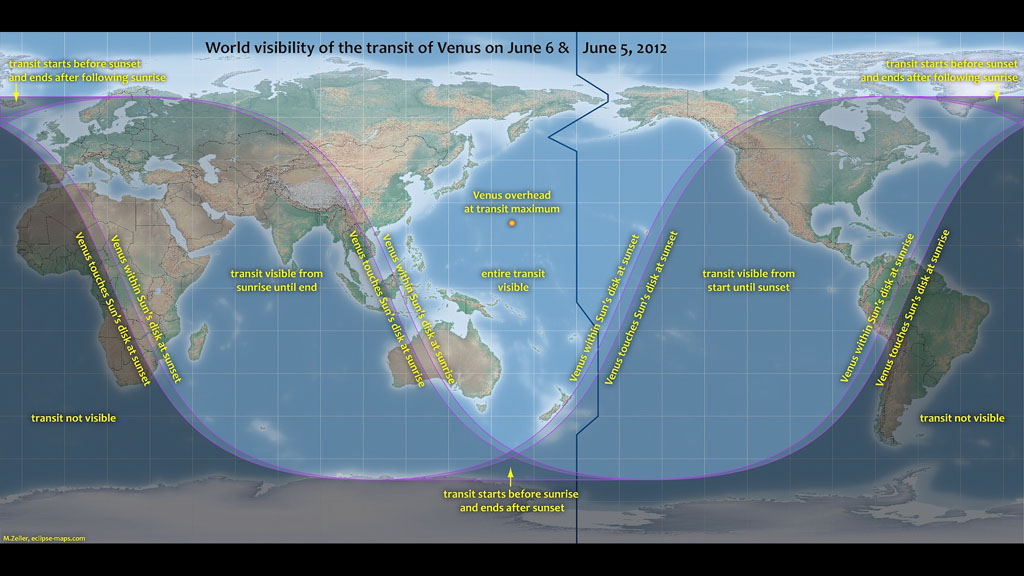 Download
This map shows where and when the 2012 transit will be visible. Remember, never look directly at the sun. 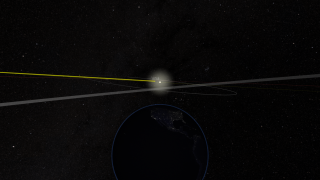 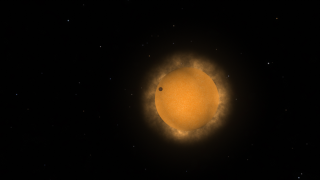