The Geography Of Fire 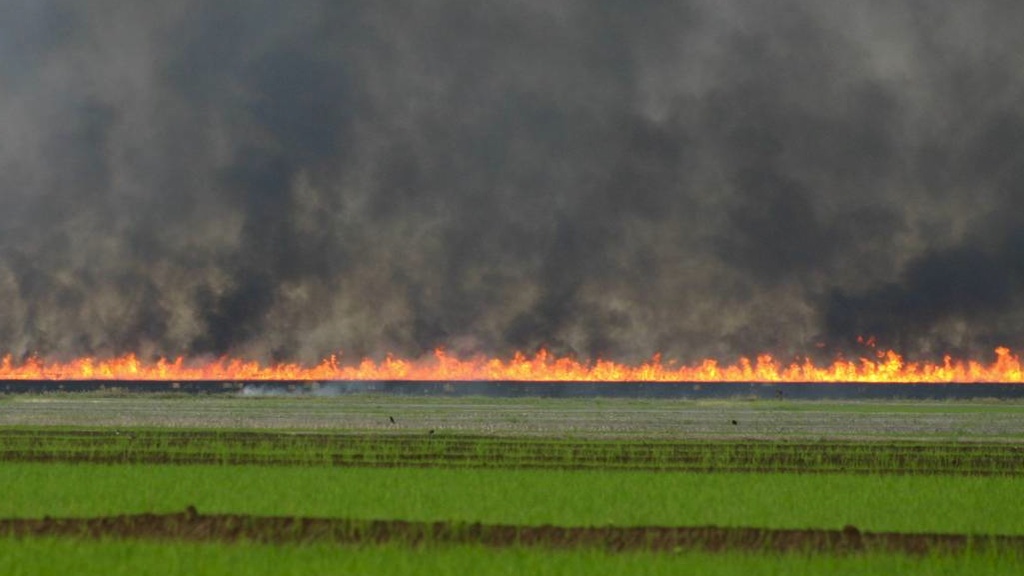 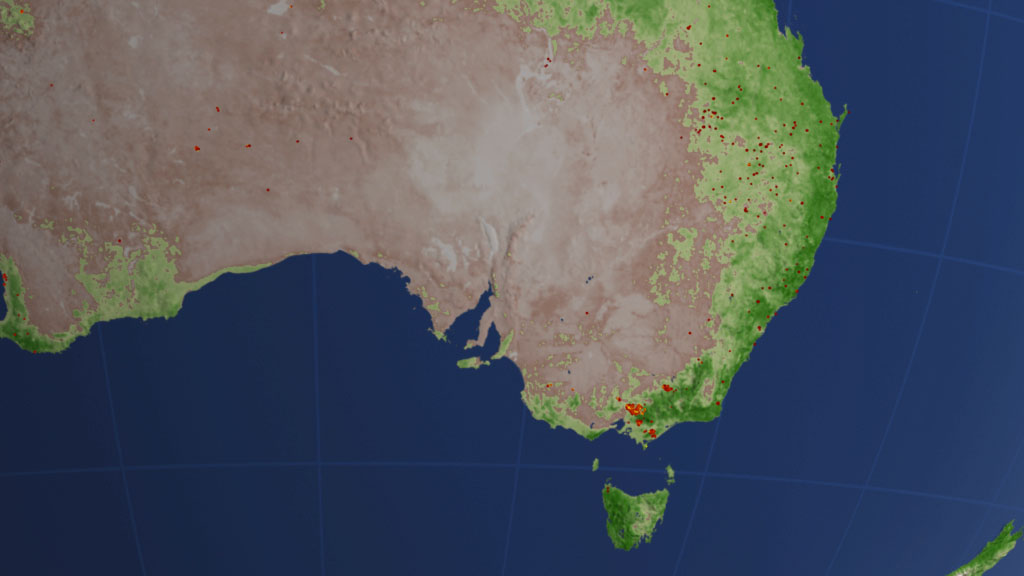 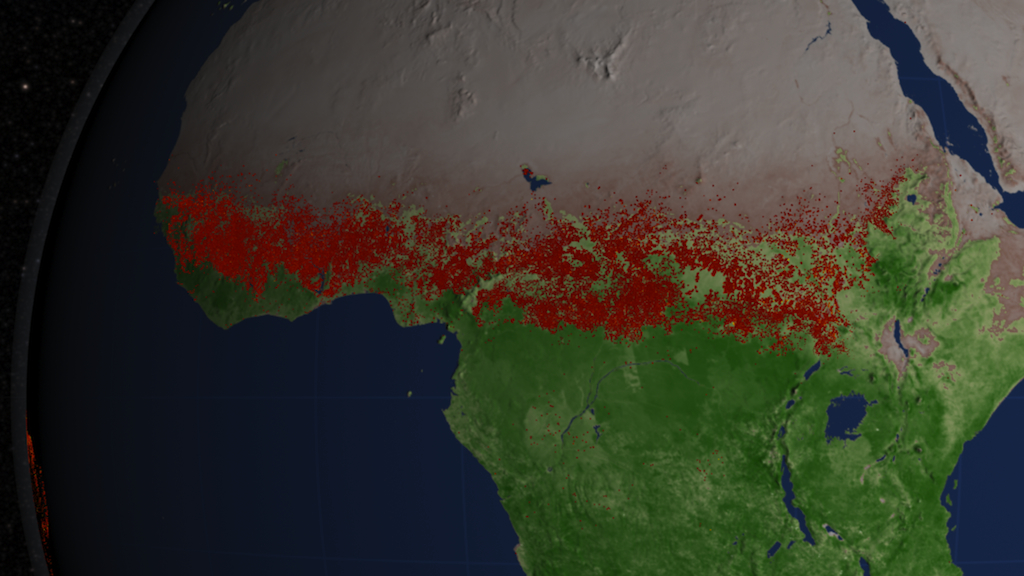 Download Options
Despite intense burning seasons, African fires leave little carbon in the air because of all the carbon fast-recovering vegetation recycles. 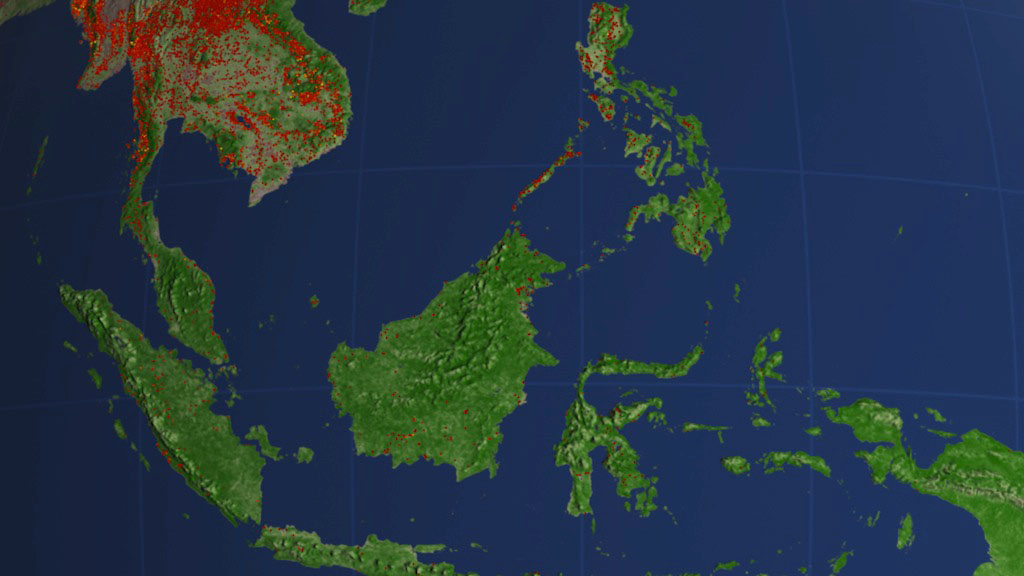 Download Options
Fires in equatorial Asia, in contrast, leave large amounts of carbon in the air because of the carbon-rich peat soils that often burn. 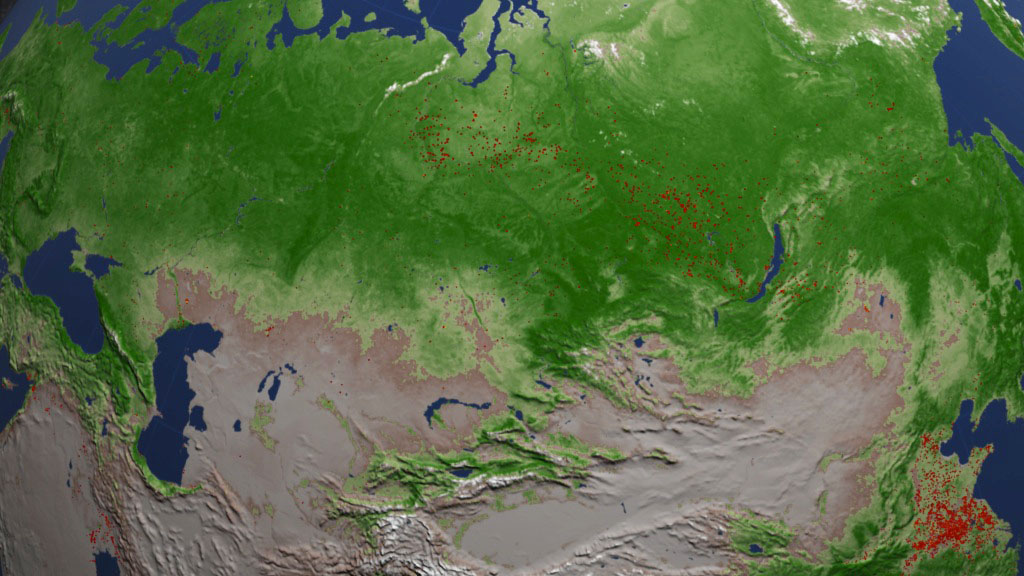 Download Options
While burning in Africa tends to be consistent from year to year, fire activity in the boreal forests of Asia is sporadic. 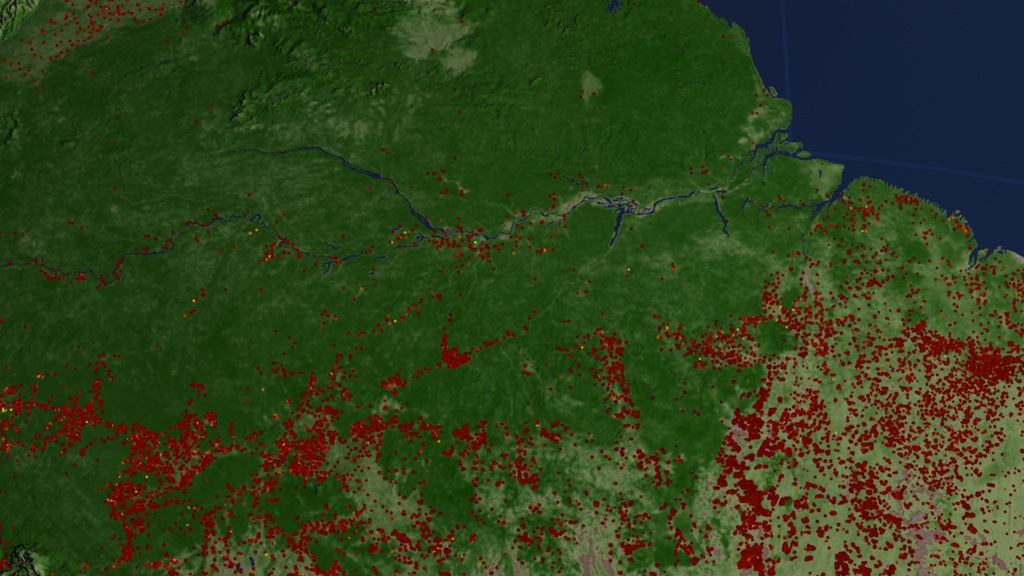 Download Options
Regulations have slowed clear-cutting of the Amazon forest, but fire activity has still gone up in many areas due to agricultural activity. 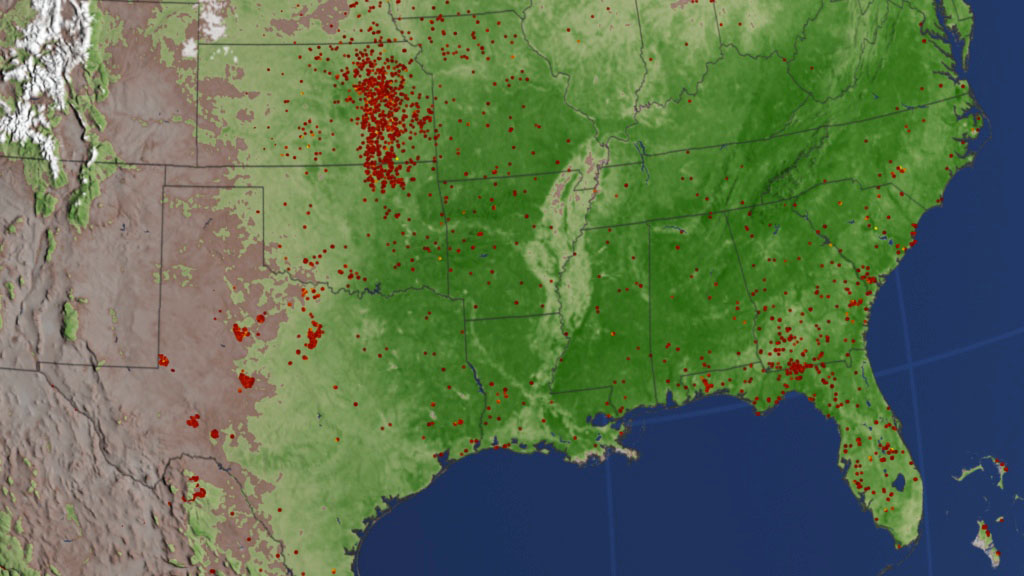 Download Options
Despite increases in large wildfires in the American West, only about 2 percent of the land burned in the last decade has occured in North America.