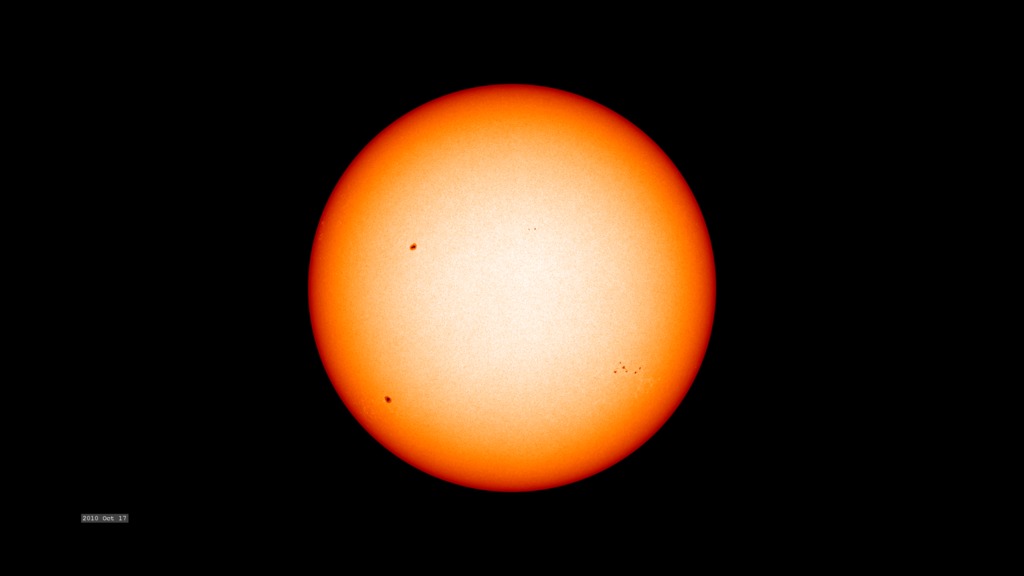 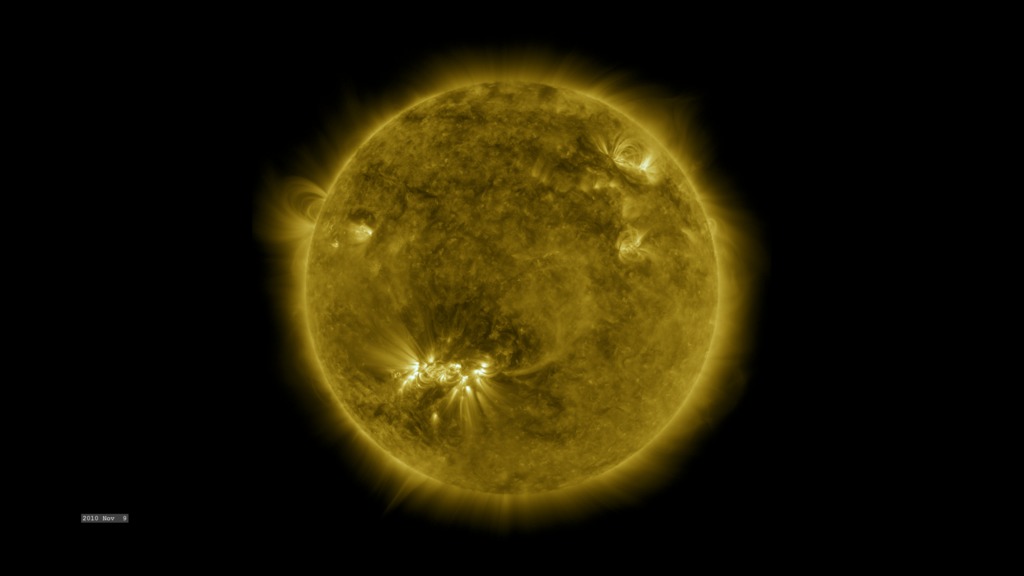 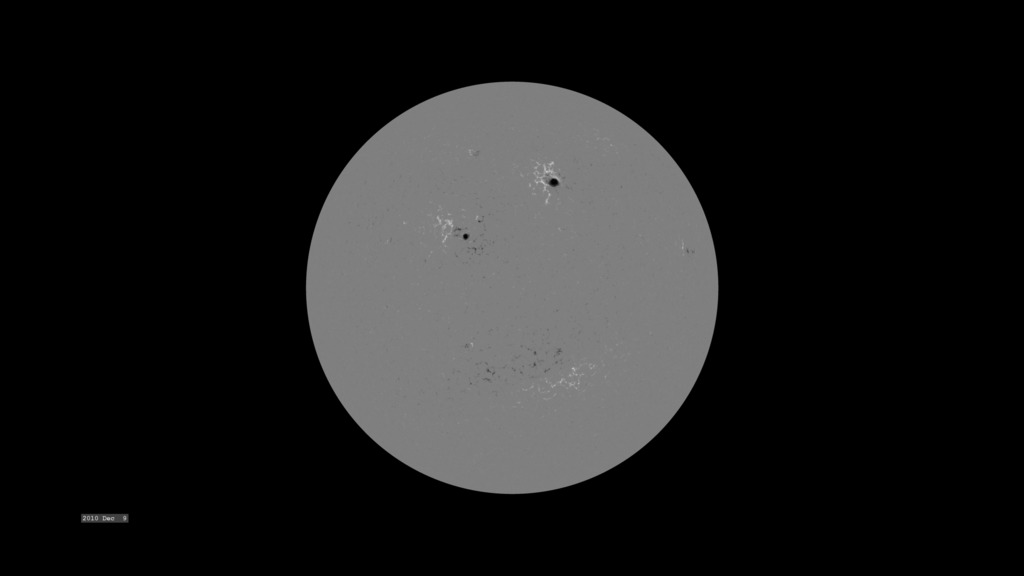 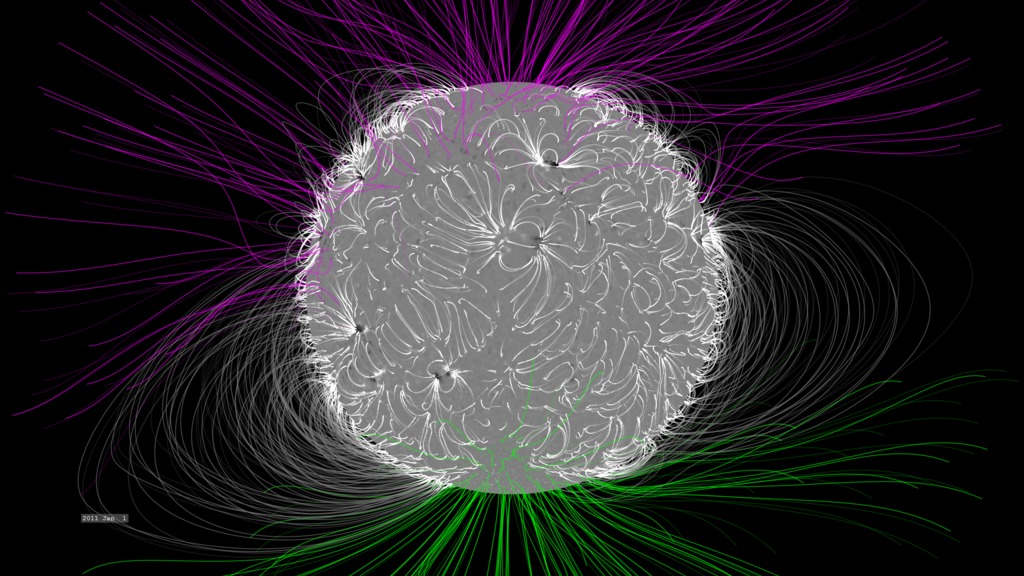 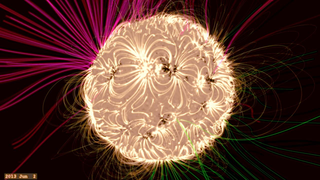 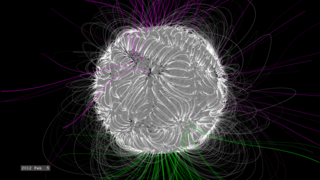 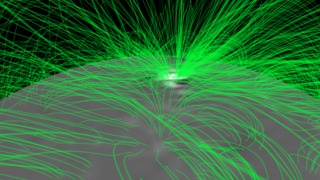 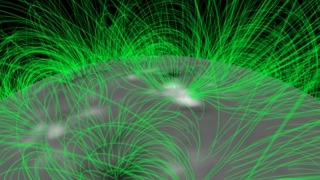 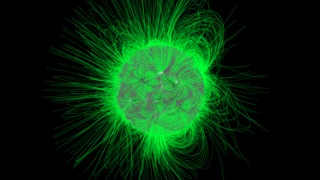 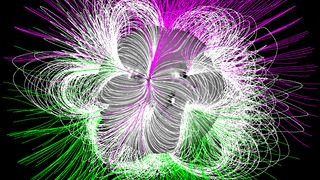 Model - NASA and ESA - 2011-01-01 to 2014-12-30
This model generated from SOHO/MDI magnetograms through the SolarSoft package.
http://sohowww.nascom.nasa.gov/solarsoft/
view all stories where this data set is used
Note: While we identify the data sets used in these visualizations, we do not store any further details nor the data sets themselves on our site.