Visualizations by Kel Elkins Released on December 14, 2018
Download Options
This visualization displays a global drought atlas dating back to 1400, created using data from tree rings. The data is displayed on a flat rectangular map projection with a simple overlay depicting the differences in tree ring sizes for dry and wet years. In the second half of the visualization, a ‘fingerprint’ thumbnail is introduced, which is an indicator for human influences on climate change. A signal-to-noise ratio graph is depicted comparing the fingerprint to both tree ring drought atlas data and observational meteorological data (CRU and Dai)
Download Options
Global ‘drought atlas’ data derived from tree rings running from 1400-2005. Green is wetter and brown is dryer. No titles. Note that the timing of the frames slows during the years 1900-2005. 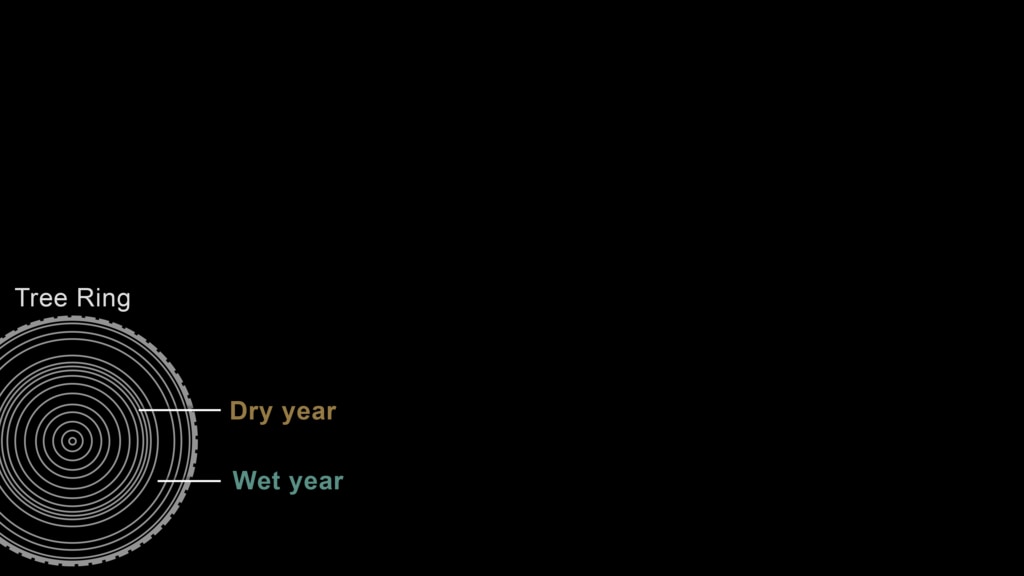 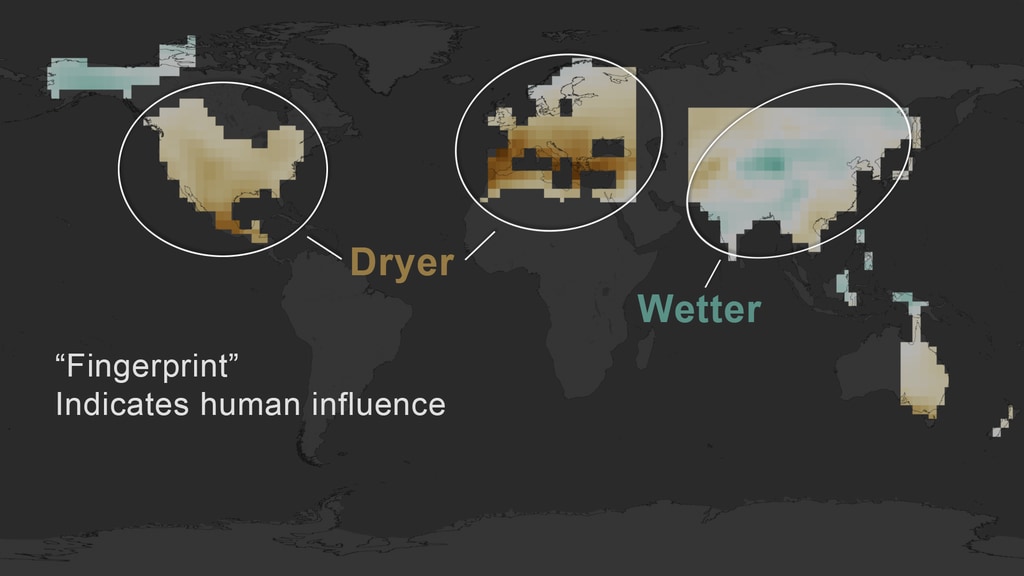 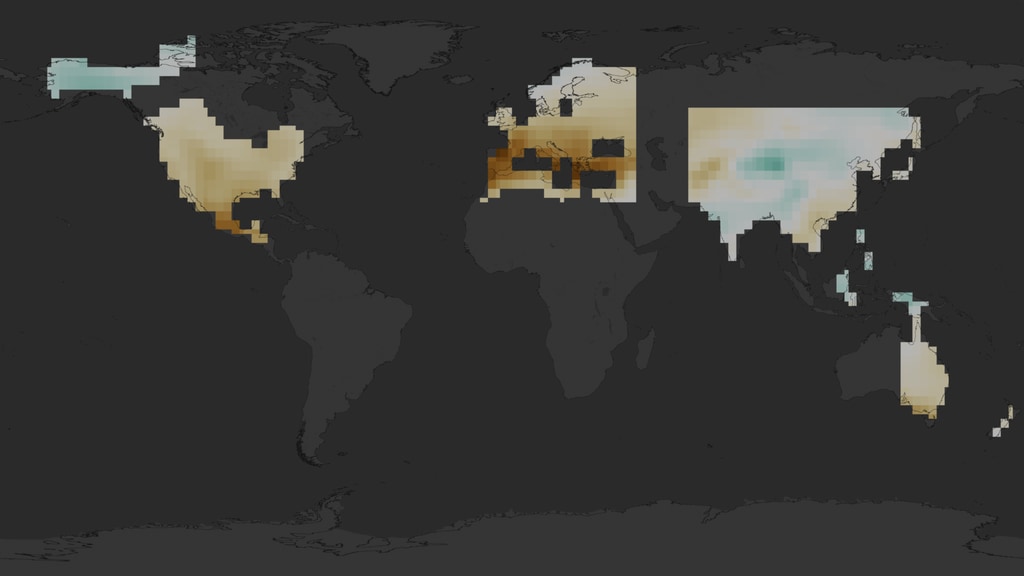 Download Options
“Fingerprint” still image depicting a global pattern of drought more likely to occur if greenhouse gasses are affecting the climate. This version has no labels
Download Options
These are the corresponding dates for the Global ‘drought atlas’ visualization above 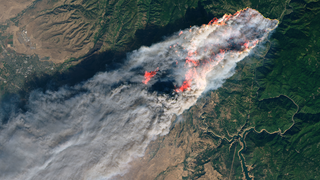 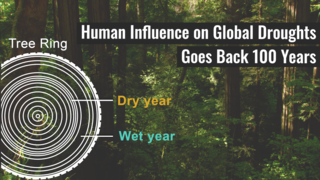