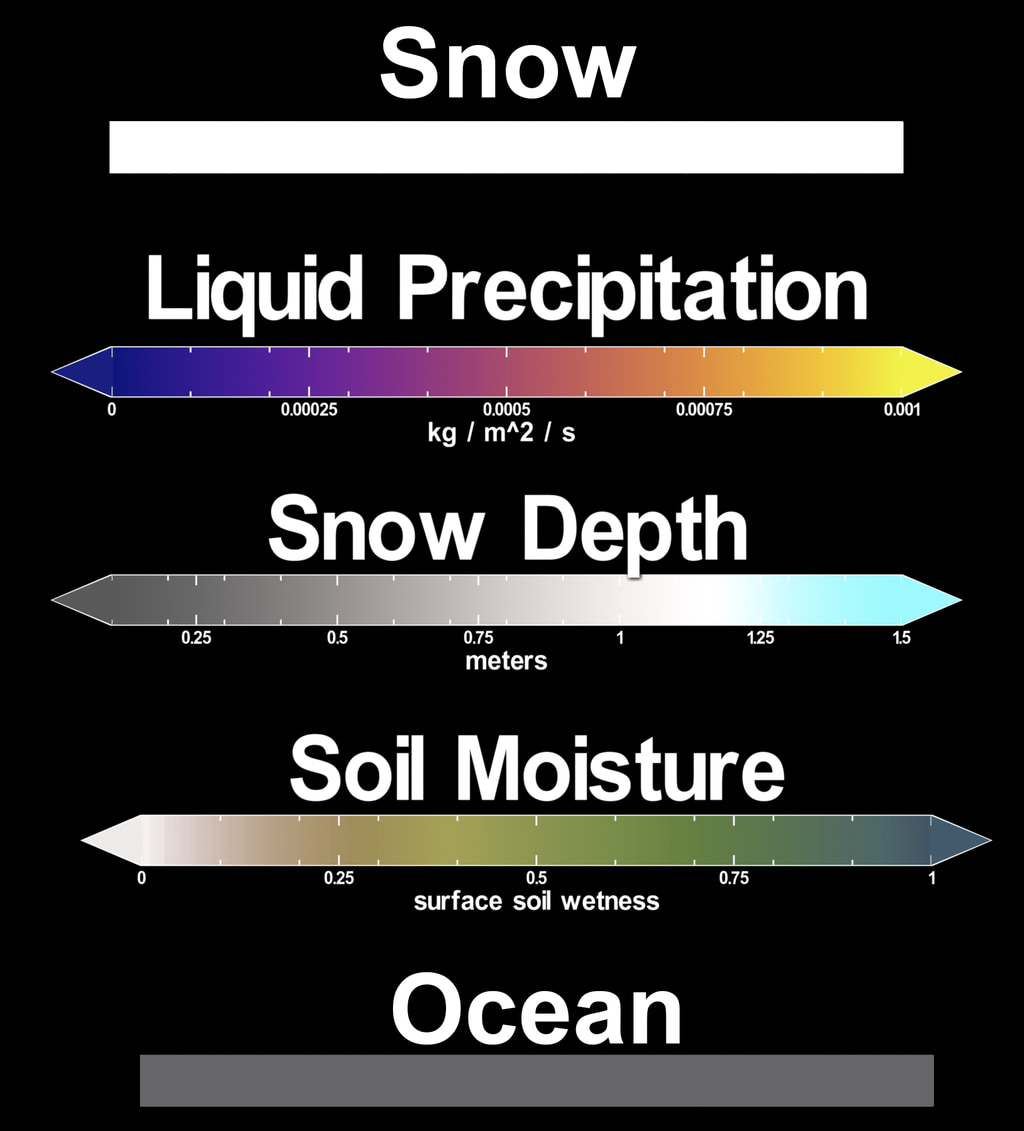 Download Options
Earth surface layer color. Data on the Earth's surface is mapped in order of the color tables (snow on top and ocean on the bottom). When the data layers have very low values, that layer becomes transparent allowing the layers underneath to be seen.
Download Options
Date overlay for this visualization

MERRA-2 also referred to as: MERRA-2

Model - GMAO
view all stories where this data set is used
Note: While we identify the data sets used in these visualizations, we do not store any further details nor the data sets themselves on our site.