Visualizations by Cindy Starr Released on October 13, 2020
Download Options
This movie shows the evolution of several regions of the Greenland Ice Sheet between 2008 and 2300 based on three different climate scenarios. Each scenario reflects a potential future climate outcome based on current and future greenhouse gas emmisions. The regions shown in a violet color are exposed areas of the Greenland bed that were covered by the ice sheet in 2008. 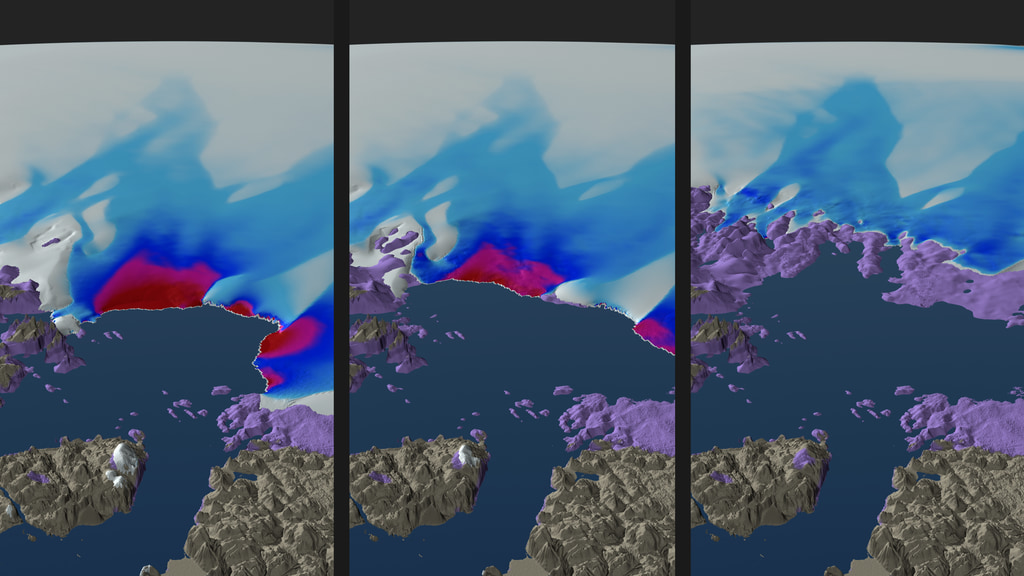 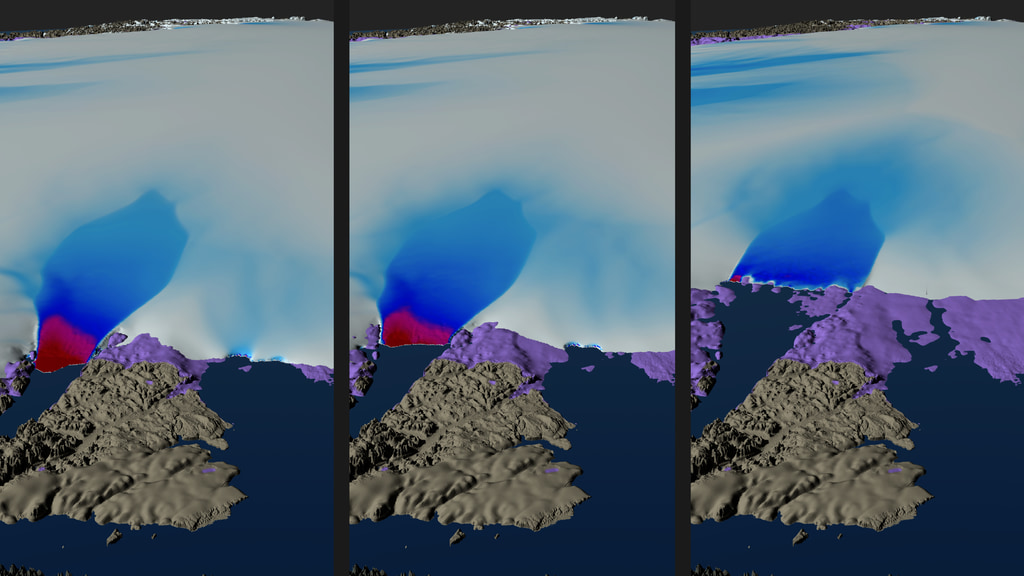 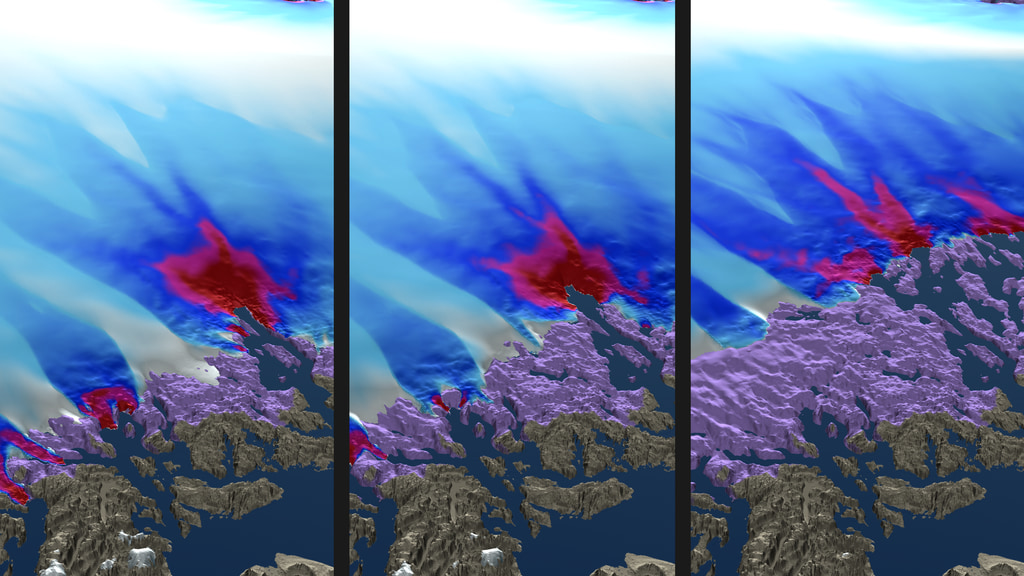 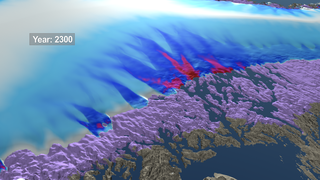 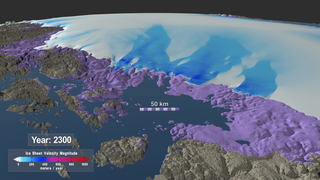 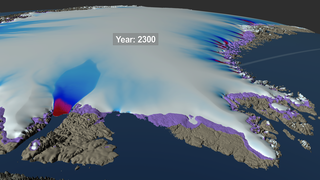 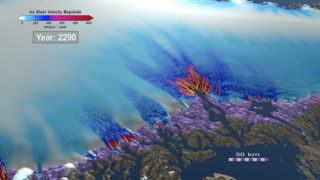 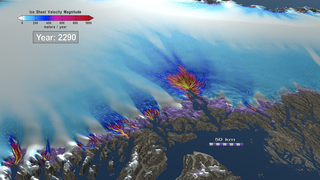 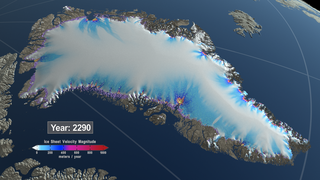 Analysis - Arctic Data Center
view all stories where this data set is used
Note: While we identify the data sets used in these visualizations, we do not store any further details nor the data sets themselves on our site.