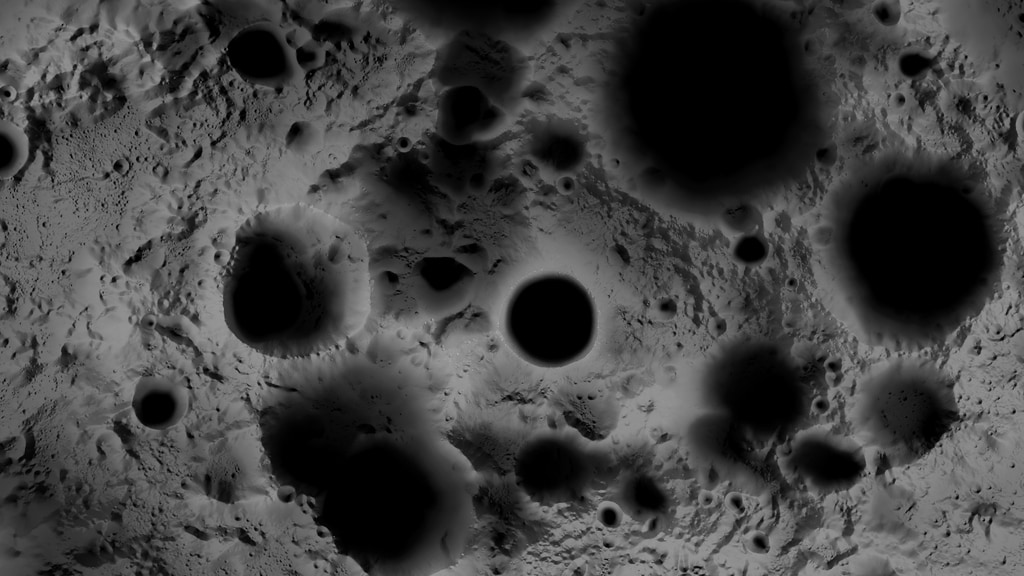 Download Options
Illumination maps of the lunar South Pole. The shades of gray depict the amount of sunlight received during 2024. The floors of many of the craters receive no sunlight at all — they're permanently shadowed. Conversely, a small number of high spots on mountains and crater rims are in persistent sunshine. These were made by integrating (adding together) the frames of the above visualizations.