Visualizations by Ernie Wright Released on September 9, 2015
Download Options
The umbral and penumbral shadow cones travel across the surface of the Earth during the August 21, 2017 total solar eclipse. 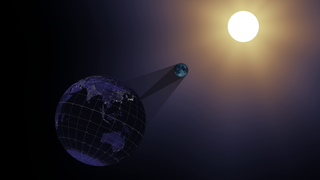 Mosaic
view all stories where this data set is used