Digitized tape of the press conference from June 27, 1990 where Ed Weiler and others explain the Hubble Space Telescope's spherical aberration problem and its impact to the science instruments. The aberration wouldn't much affect UV or IR observations, but the Wide Field Planetary Camera would be largely affected since it used visible wavelengths.

Describing the initial spherical aberration problem with the Hubble Space Telescope’s primary mirror. Describe how they conclusively determined the nature of the problem. It affects one of their science objectives. Weiler: “We can still do important science.” UV capability and IR capability not impacted. Spatial resolution is about at ground-based resolution. Explains impacts to each of the instruments.

HRS - will be able to do most of the science, just not in crowded fields, still excellent for planetary features, least impacted instrument

FOC - highest spatial resolution of the cameras, visible wavelengths will be ground-based resolution except maybe better for bright objects,

HSP - won’t be able to do science with high signal to noise, but can do about half of proposed science esp in UV

Fine guidance sensors for astrometry - can do 100% of science we proposed, will be able to look at star’s wobble to find exoplanets

Biggest impact is loss of spatial resolution for WFPC

Insurance policy - planned for maintenance program, are already building a second wide-field camera with a corrective mirror, think we can take out all the aberration and get back to original specification, 40% of science was going to be done with wide-field camera, developing NICMOS for near-IR capability that includes corrective optics

For HRS and FOS, have STIS under development which would replace spectrographic capabilities

Haven’t yet figured out how the problem occured; putting together a review board

Cuts off at end

"There were some early years of disappointment, but those days of gloom turned into true grit." - paraphrase of the moderator's intro. 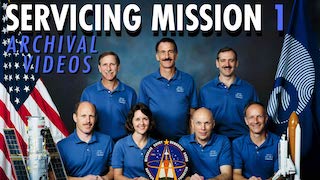 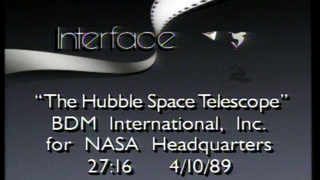 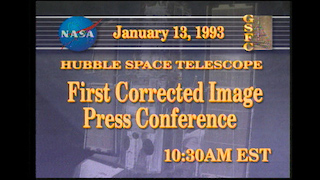