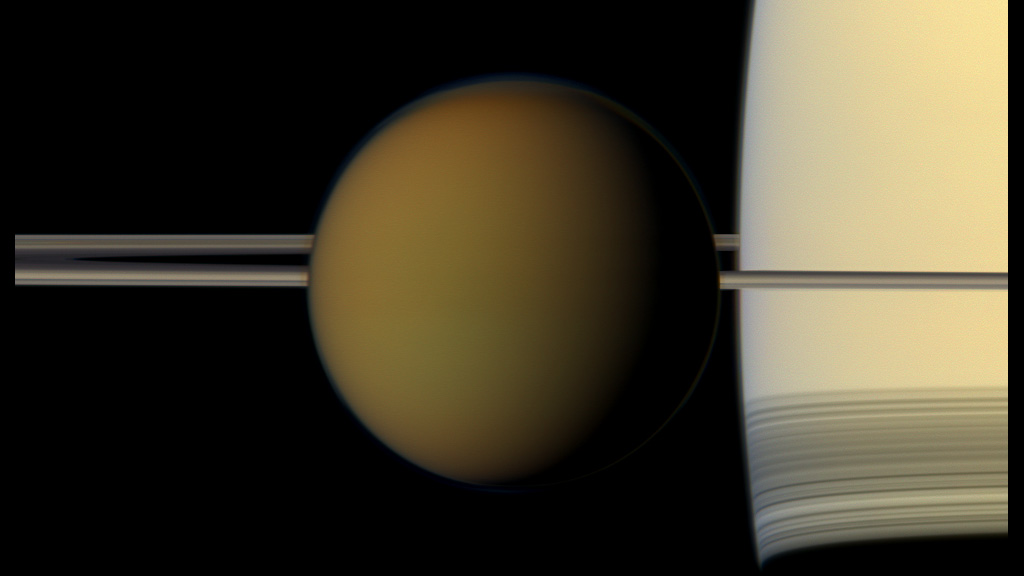 Download
Saturn’s moon, Titan, may have a building block for potential cell membranes.
Download
Learn what NASA scientists' discovery of one chemical on Titan means for life in the solar system. 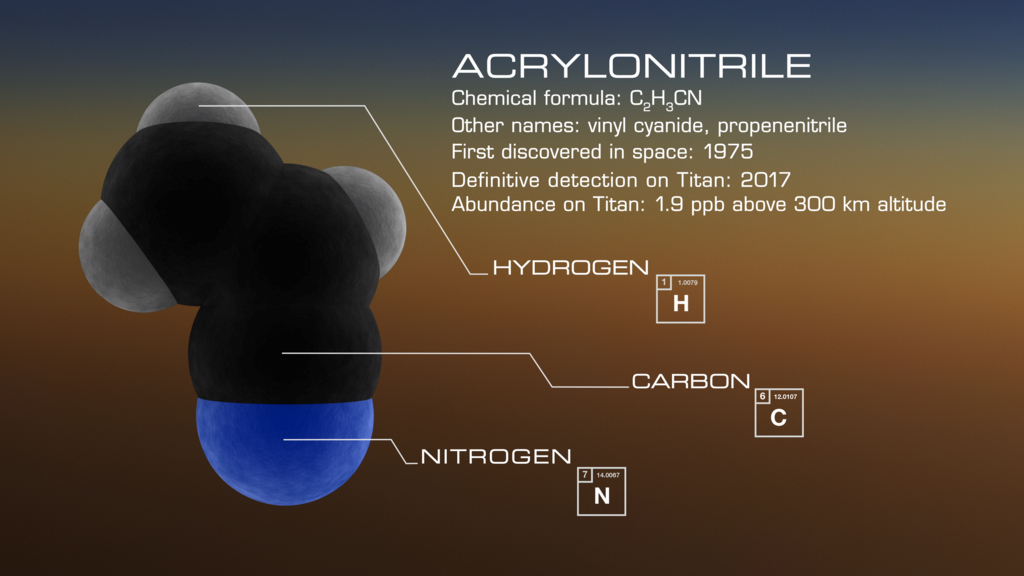 Download
Acrylonitrile is a molecule that can form spherical membranes that could protect life from Titan's environment. 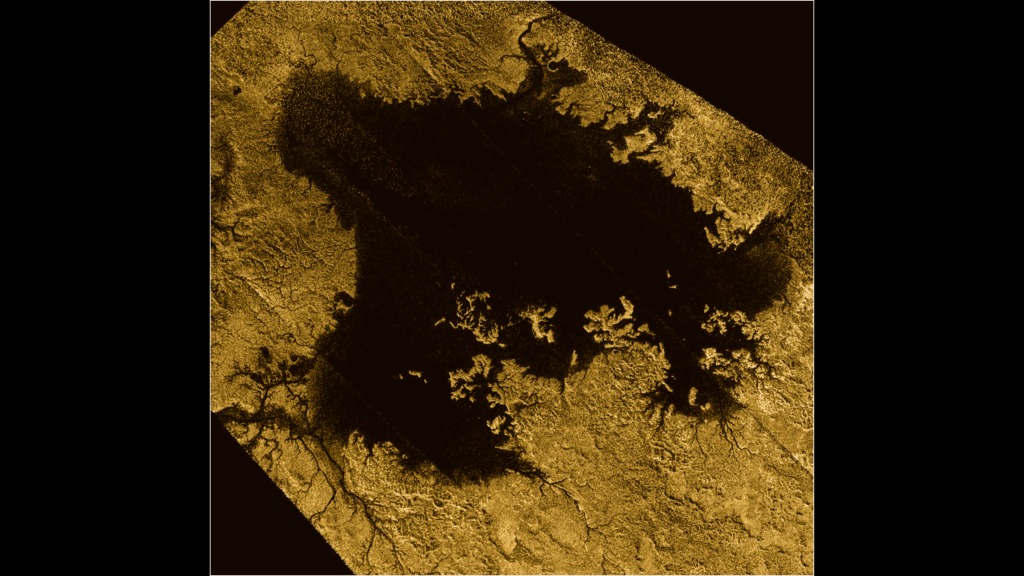 Download
Titan lakes may contain acrylonitrile that rains out of the atmosphere. Ligeia Mare above is as large as Lakes Huron and Michigan combined. Download
Titan is an icy moon with hydrocarbon lakes (dark spots) near the north pole and clouds made of methane. 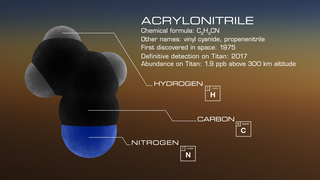