1. This visualization shows the sea level change between 1992 and 2014. Since 1992, seas around the world have risen an average of nearly 3 inches. Regional differences in sea levels are caused by ocean currents and natural long-term ocean cycles.

2. Scientists estimate one-third of the ocean rise is caused by the melting of the Greenland and Antarctic ice shelves. The big concern now is that the ice sheets are ‘waking up’ to the warming climate and will contribute more and more to sea level rise in the coming decades.

3. An intense research effort by NASA and others is now underway to measure and analyze how Greenland and Antarctica will respond to Earth's warmer air temperatures and the changing ocean currents along the edges of the ice shelves.

TAG: Faster melting of the polar ice caps could mean sea rise of 3 feet or more by the end of the century. 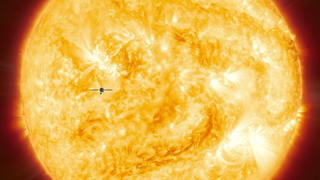