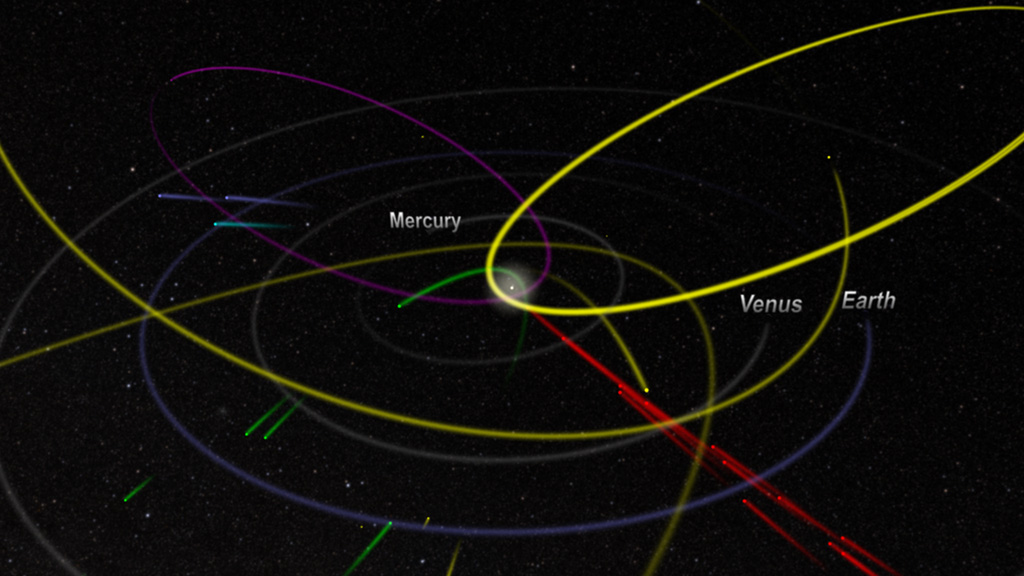 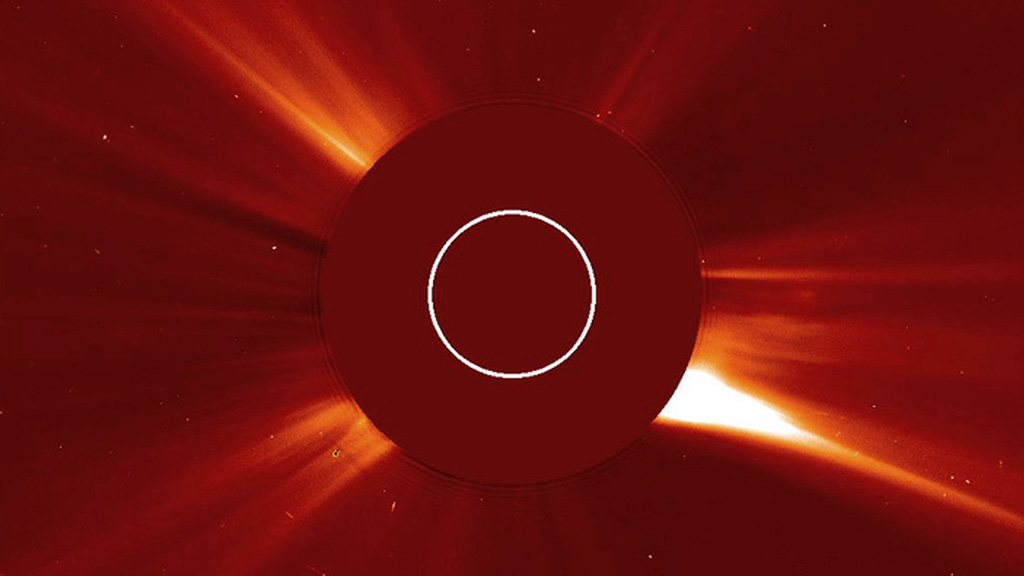 Download Options
SOHO observes the space surrounding the sun by blocking out the bright light from its disk (white circle) and inner atmosphere (red circle). 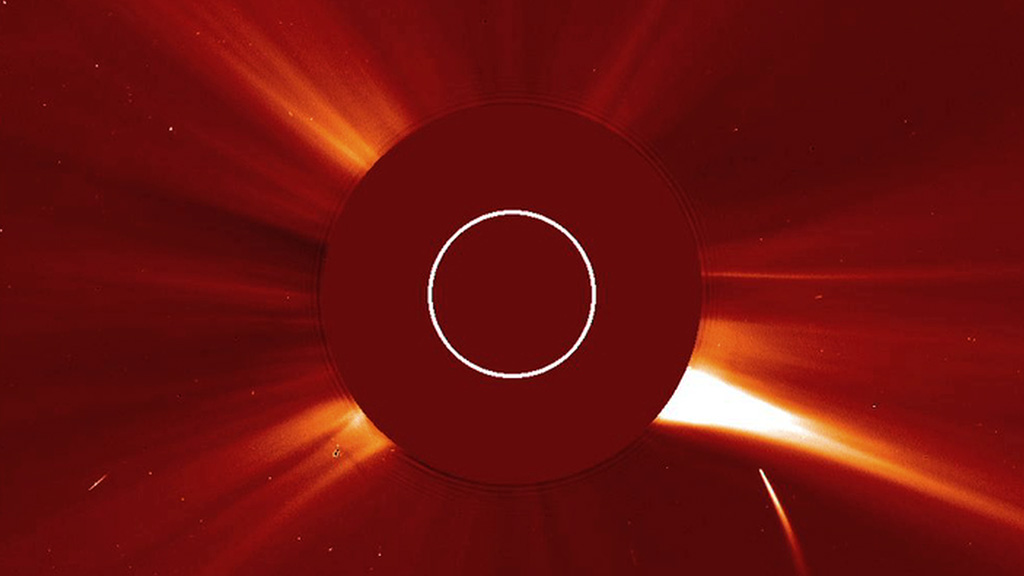 Download Options
Comets streaming toward the sun, like the one in the lower-right corner, often show up in images taken by the spacecraft. 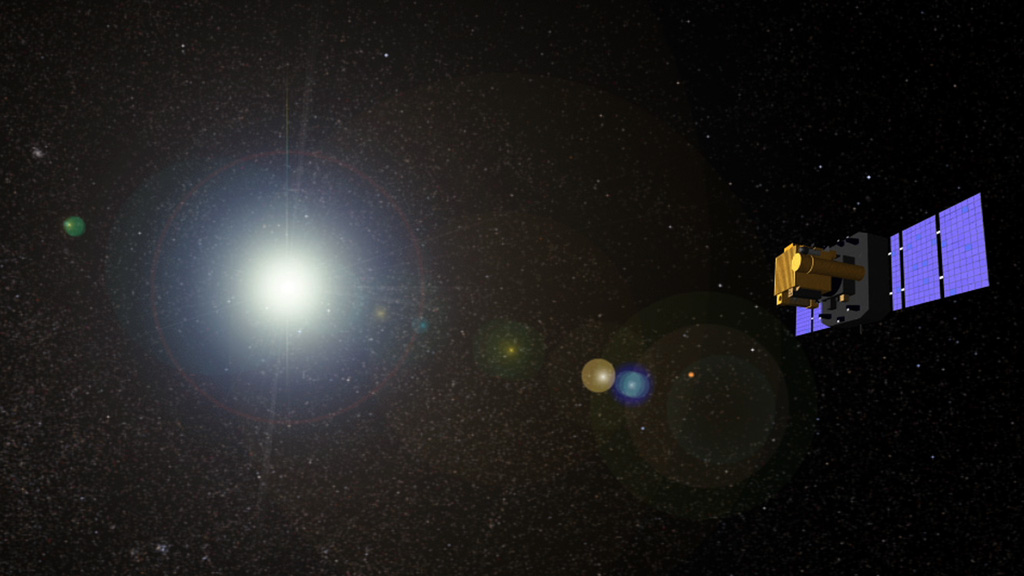 Download Options
Launched in 1995, SOHO has monitored the sun for nearly 20 years from a distance of about 930,000 miles from Earth.