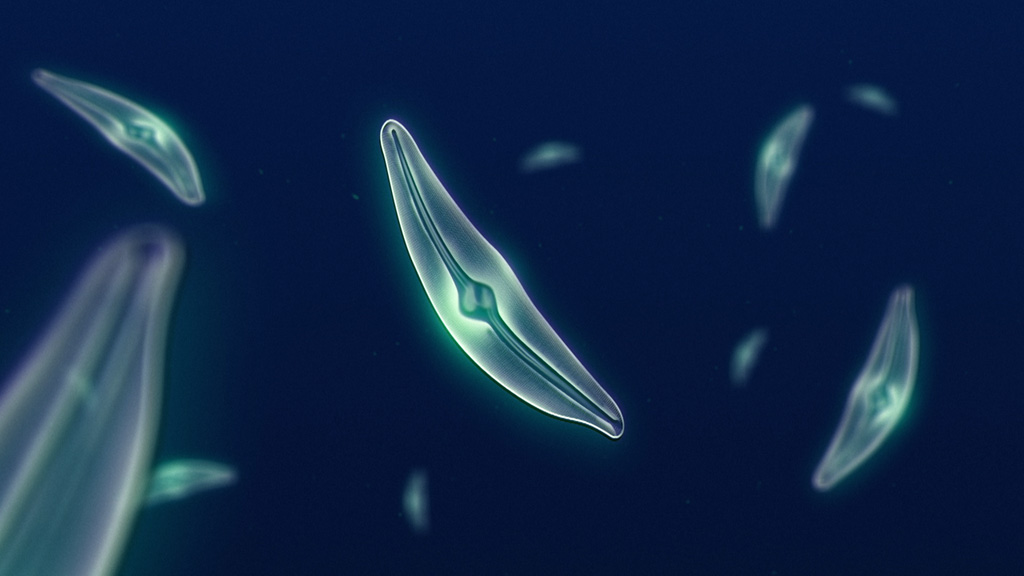 Download
A NASA study shows a decline in populations of tiny plants in the world's oceans.
Download
Learn more about the study and how NASA monitors Earth's oceans from space in this video. 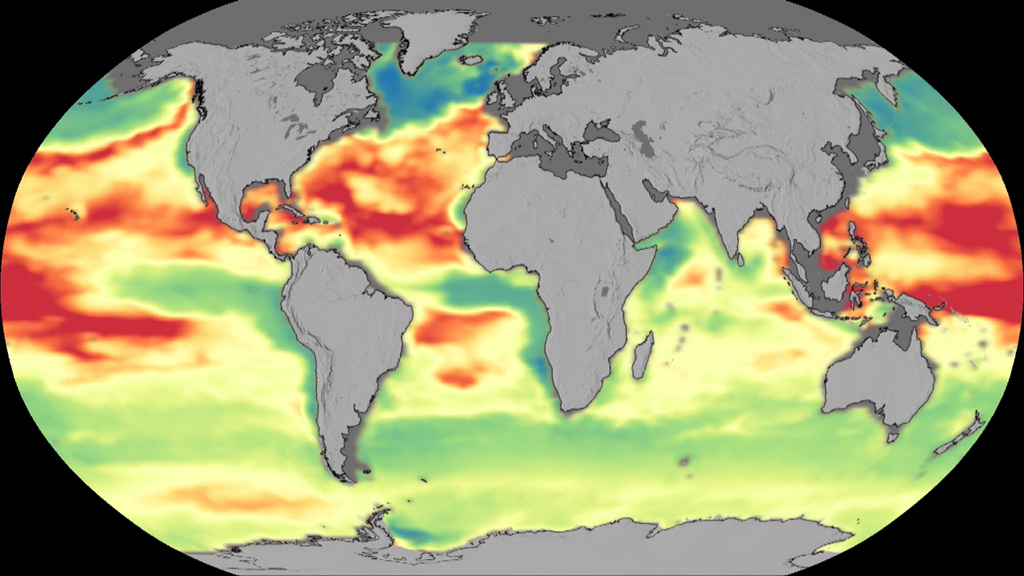 Download
Using a model based on satellite and field measurements, scientists created maps of diatom populations to see how levels were changing over time. 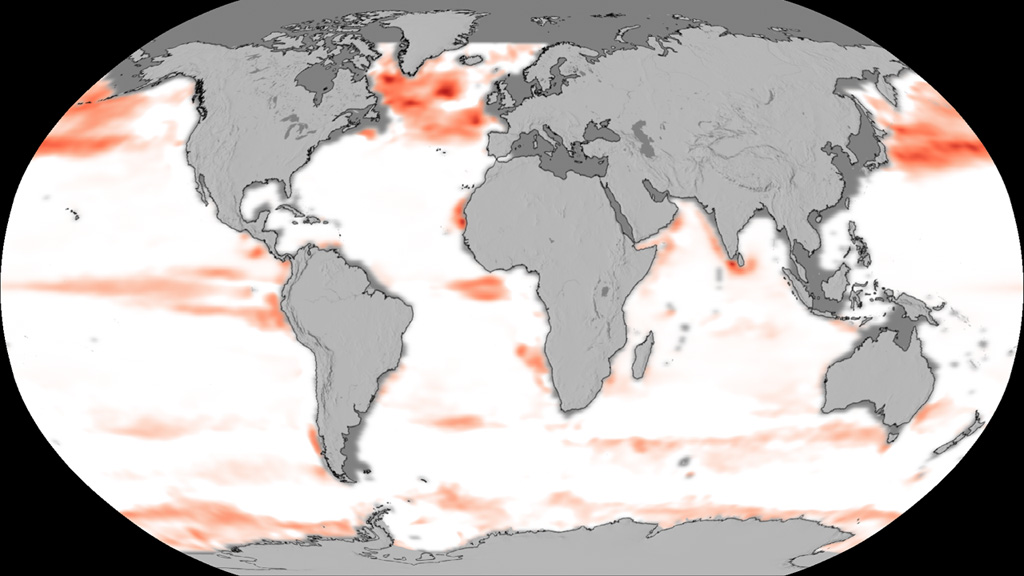 Download
Areas in red above indicate where diatom levels decreased from 1998 to 2012. Significant losses are seen in the oceans of the Northern Hemisphere. 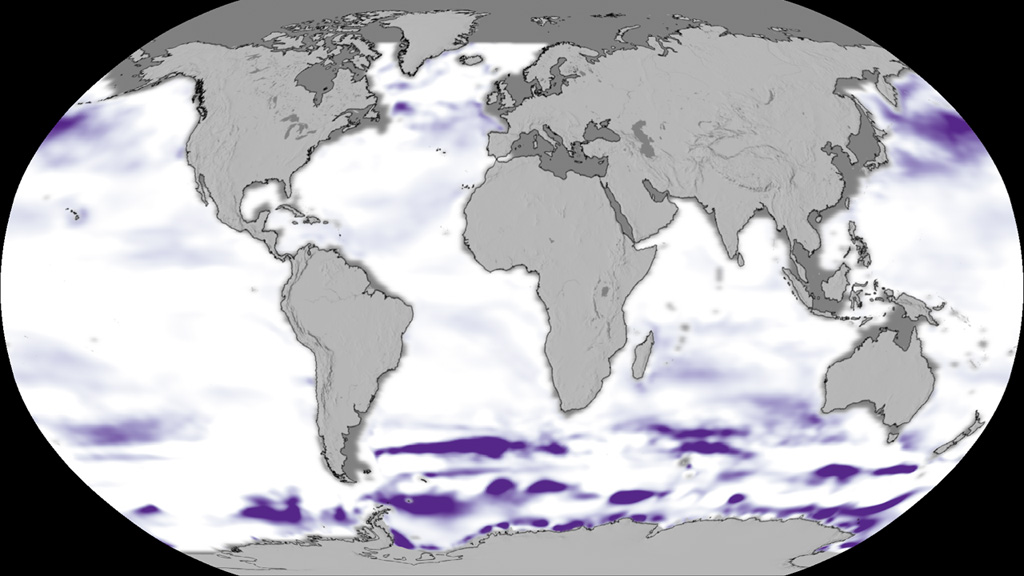 Download
Areas in purple above indicate where the mixed layer depth shallowed over the course of the 15-year study period. 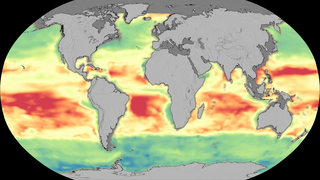