Released on February 16, 2015
Download Options
The Operational Land Imager (OLI) on Landsat 8 acquired this unbroken swath of images on June 21, 2014—the summer solstice—when the Sun stays above the horizon of the Arctic for at least 24 hours. While much of the region is still frozen in June, the ice is in various stages of melting.

Watch this video on the NASA Earth Observatory YouTube channel. 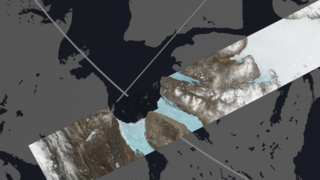 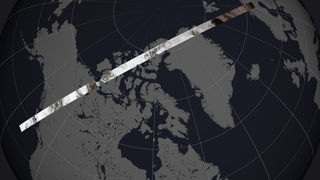 Please give credit for this item to:
NASA's Earth Observatory and NASA's Goddard Space Flight Center

This item is part of these series:
Arctic Ice
Narrated Movies
Landsat