A Brief History of Ozone 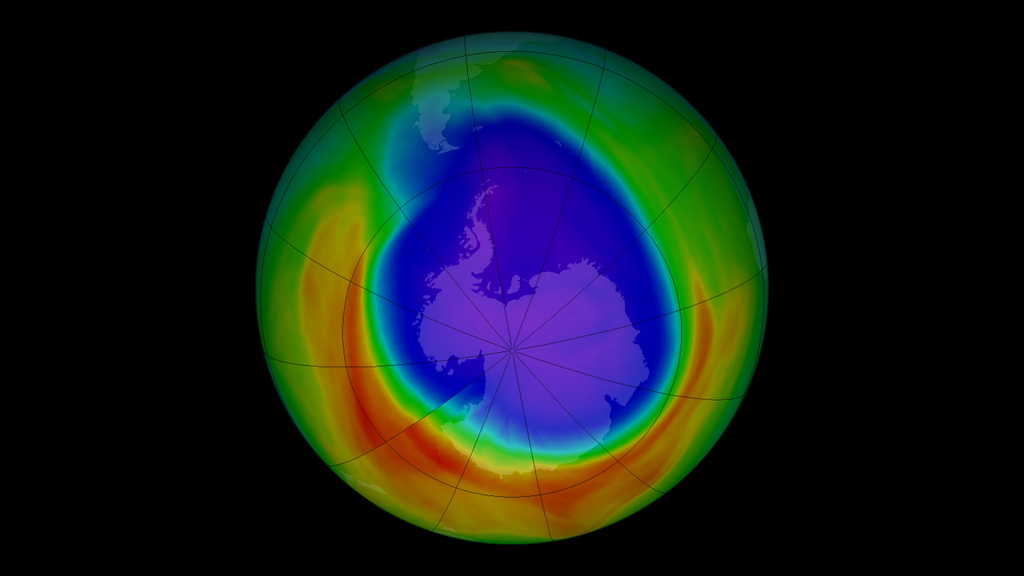 Download
Explore how Earth’s ozone layer has changed in recent decades.
Download
This visualization shows maps of the lowest concentration of ozone observed each year over Antarctica from 1979 to 2013. 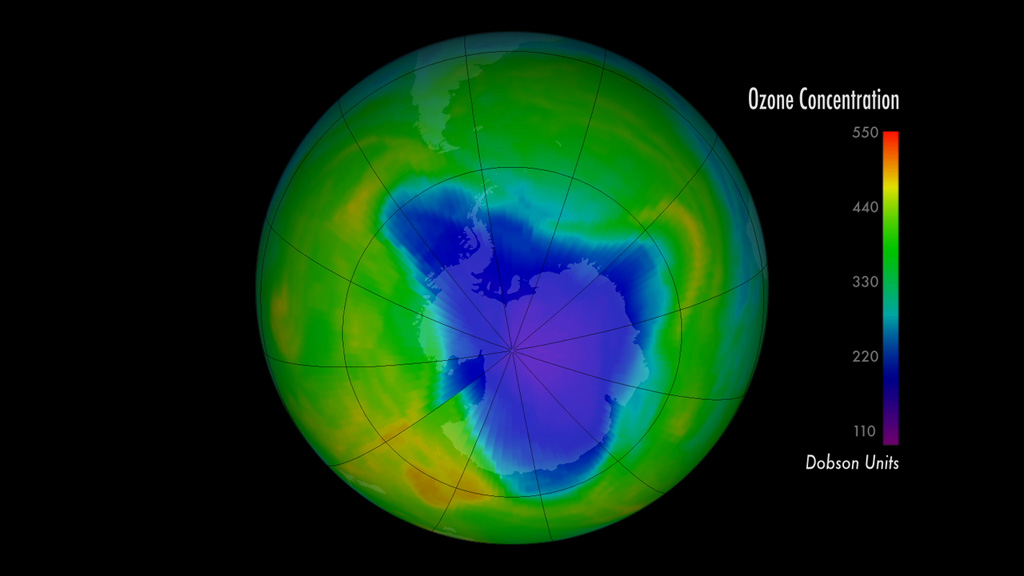 Download
Scientists saw a significant decrease in ozone over Antarctica in 1985, shown above. 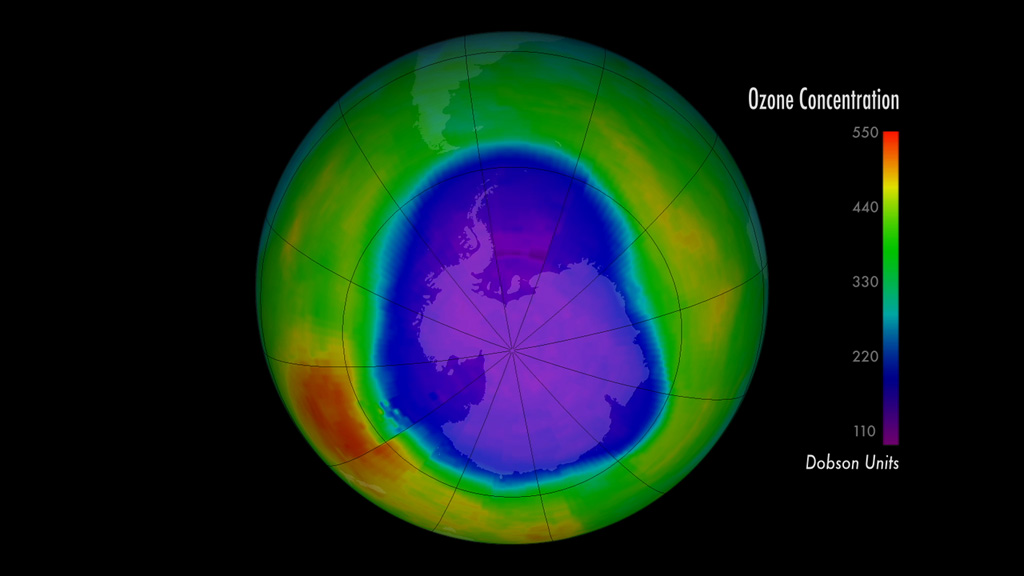 Download
The lowest concentration of ozone over Antarctica was observed in 1994, shown above. 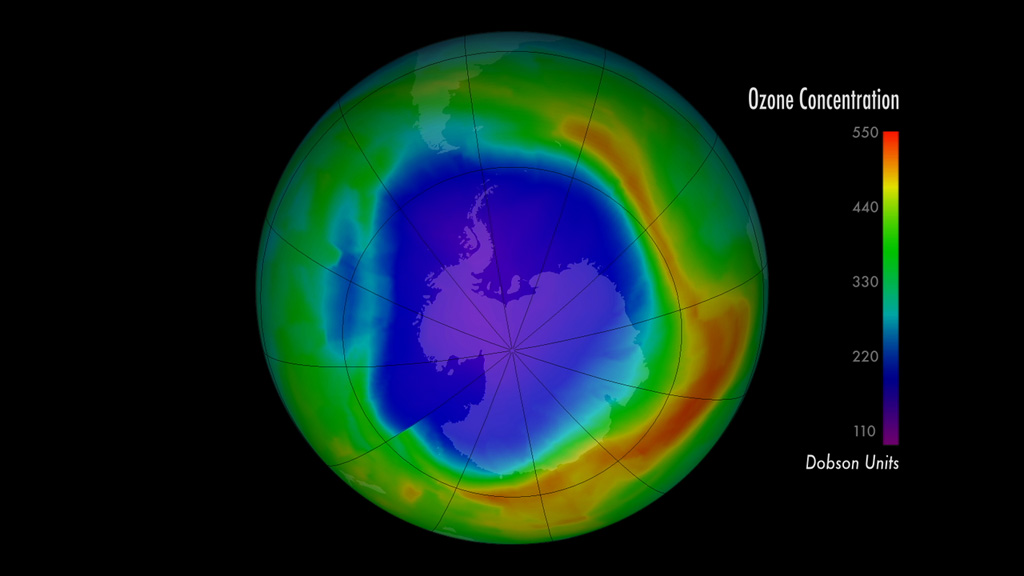 Download
This is how the Antarctic ozone hole looked in 2013. Scientists expect it to recover to pre-1980 levels around the year 2070. 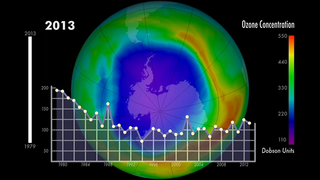