2. The greater the absorption, the brighter the invisible fluorescence from growing plants.

3. The U.S. corn belt is the most efficient CO2 absorber in the world!

4. The Amazon rainforest is another carbon dioxide sponge. 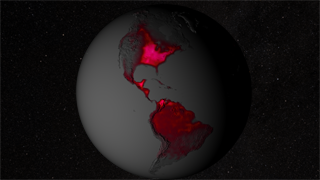