X-ray Nova Reveals a New Black Hole in Our Galaxy 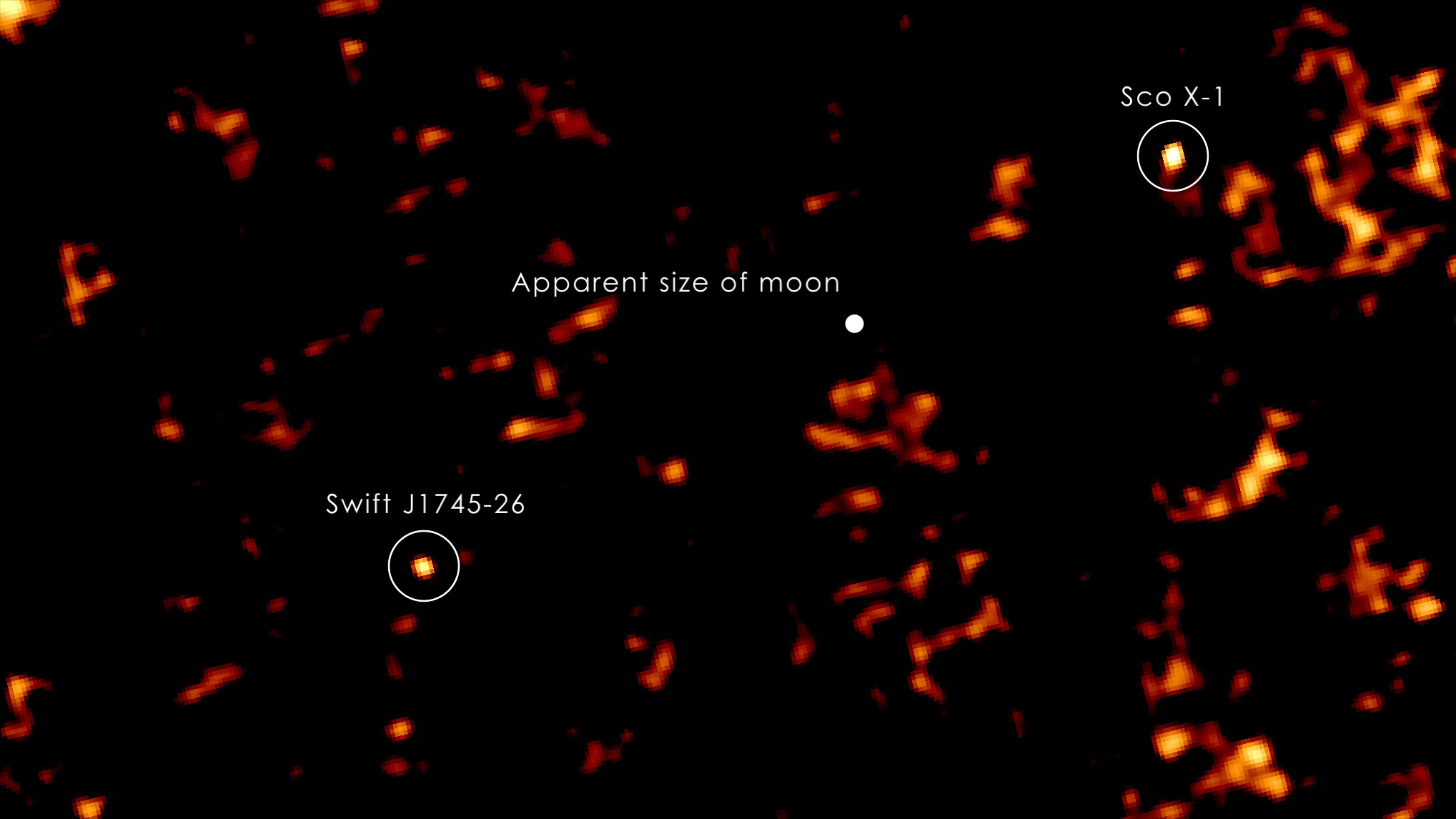 Download Options
Swift J1745-26 with labels and scale of moon as it would appear in the field of view from Earth. This image is from September 18, 2012 when the source peaked in hard X-rays. 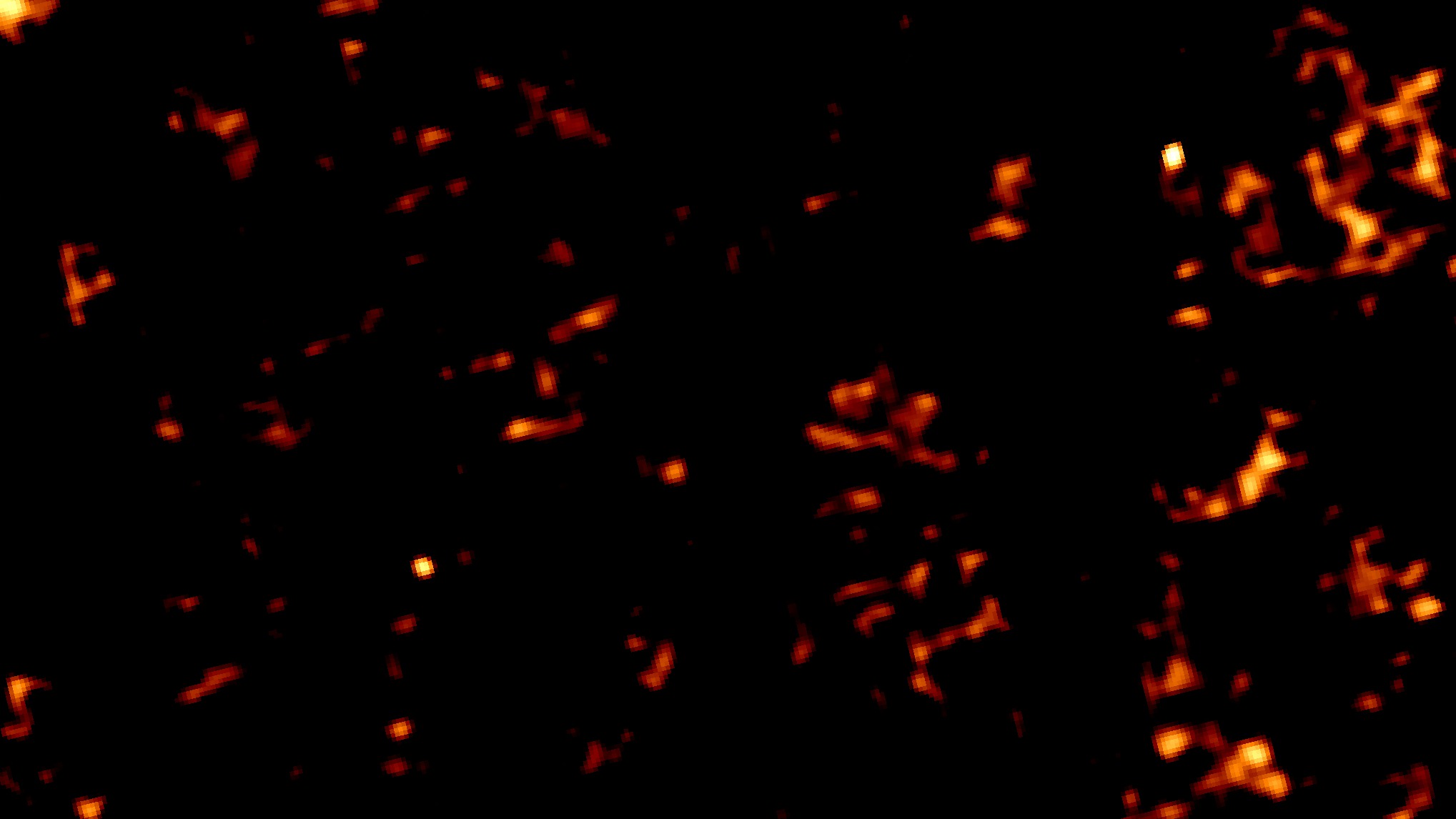