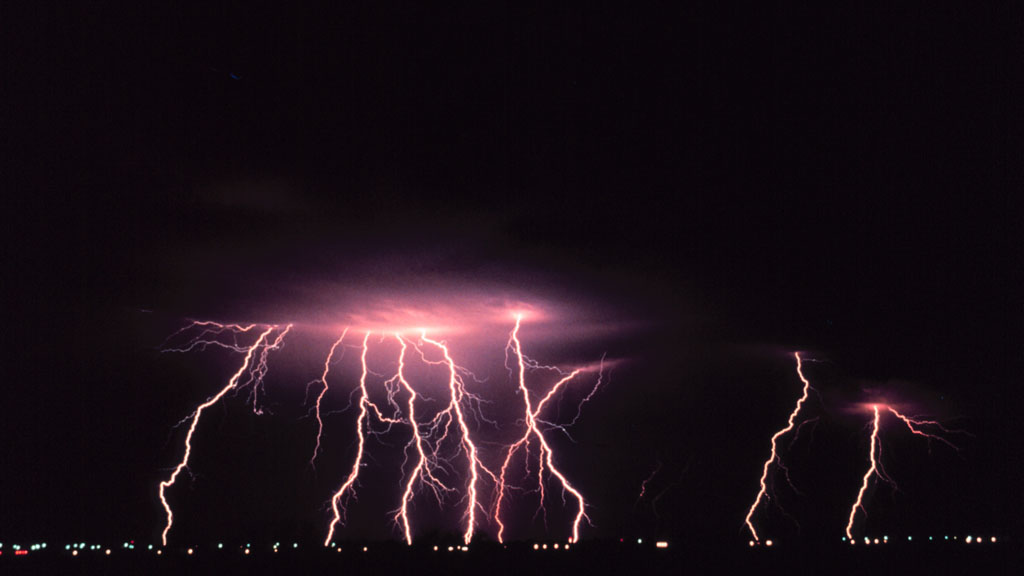 Download
Energy waves sparked by lightning resonate around Earth and reveal a leaky barrier to space.
Download
Lightning flashes set up the resonance pattern that surrounds Earth and in some instances releases energy out of the atmosphere. 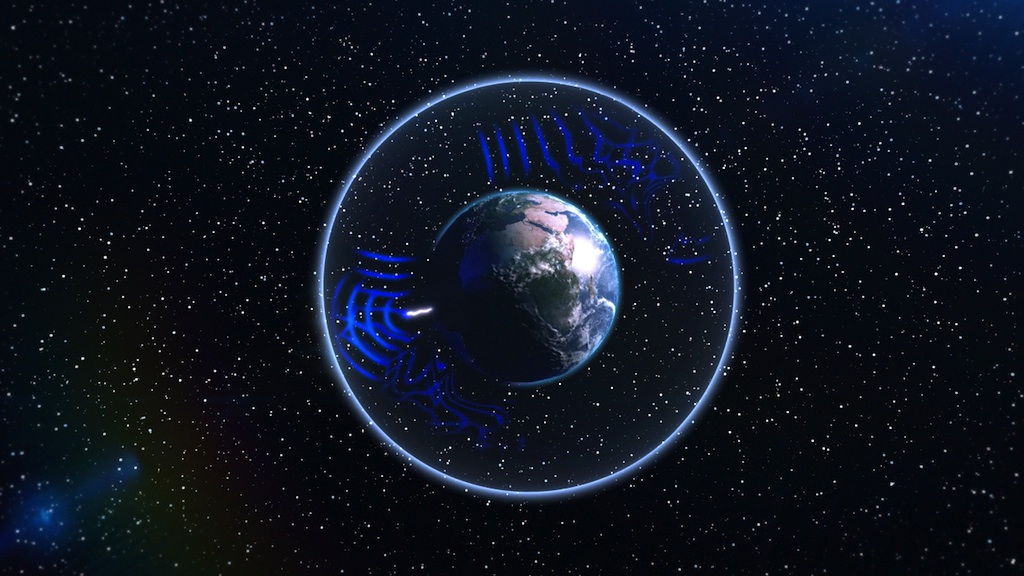 Download
After bouncing off the ionosphere, the electromagnetic waves from a single lightning burst interact with and amplify other waves. 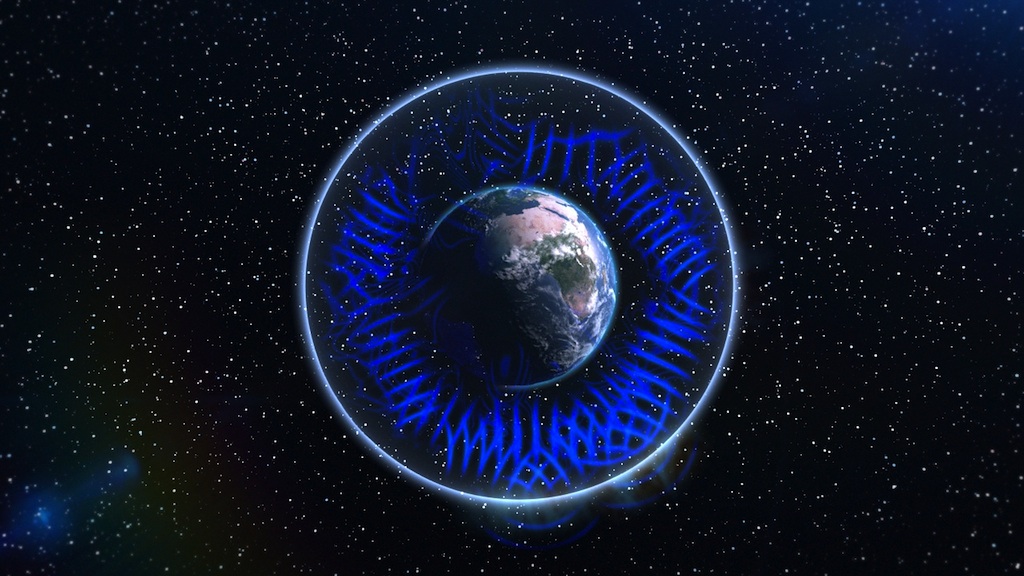 Download
Gradually, the interplay among waves originating at many points around the planet creates a large-scale pattern of Schumann resonance. 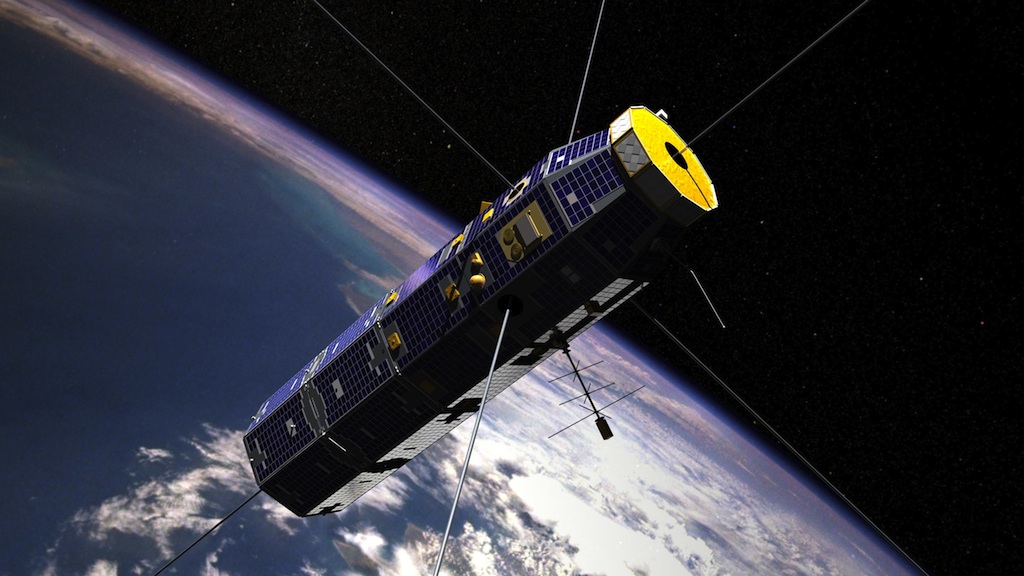 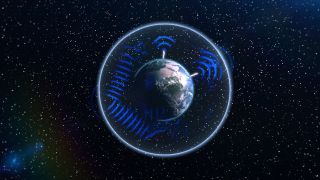