Story by Tony Phillips and Francis Reddy Released on June 26, 2012 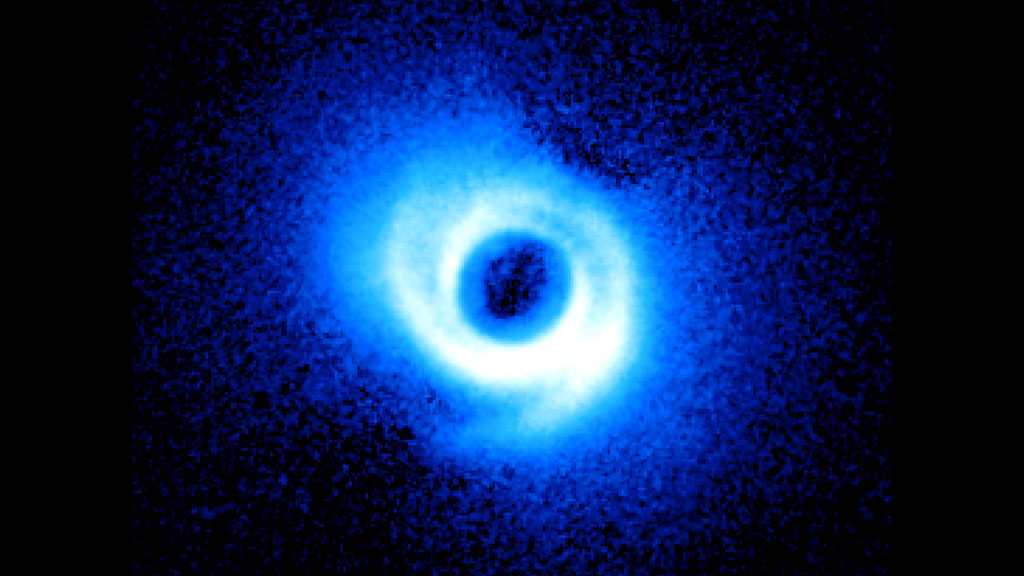 Download
What created the unusual spiral arms surrounding this star?
Download
The asymmetric nature of the arms in the image of star SAO 206462 could mean that the disk contains at least two planets.
Download
This video compares a visualization of a planet-forming star from the NCSA Advanced Visualization Lab to the new image of SAO 206462. 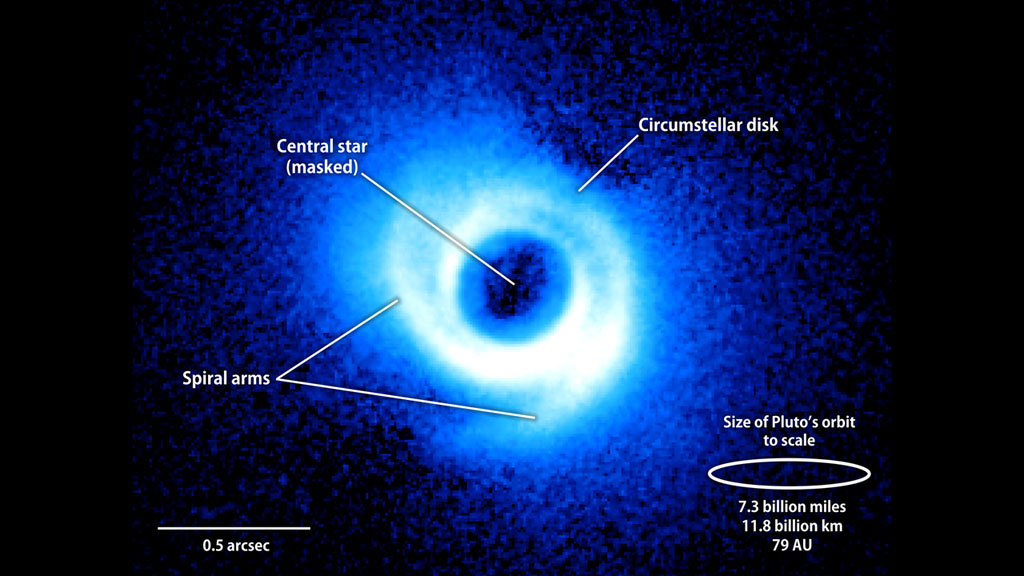 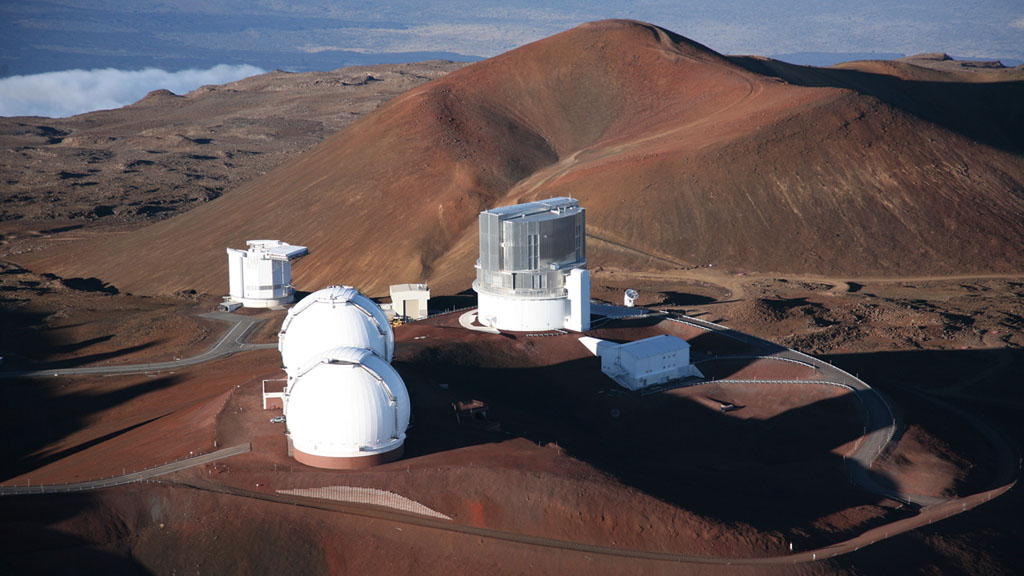 Download
The Subaru Telescope (center) on the summit of Mauna Kea, Hawaii, was used to spot SAO 206462. 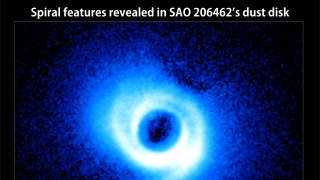