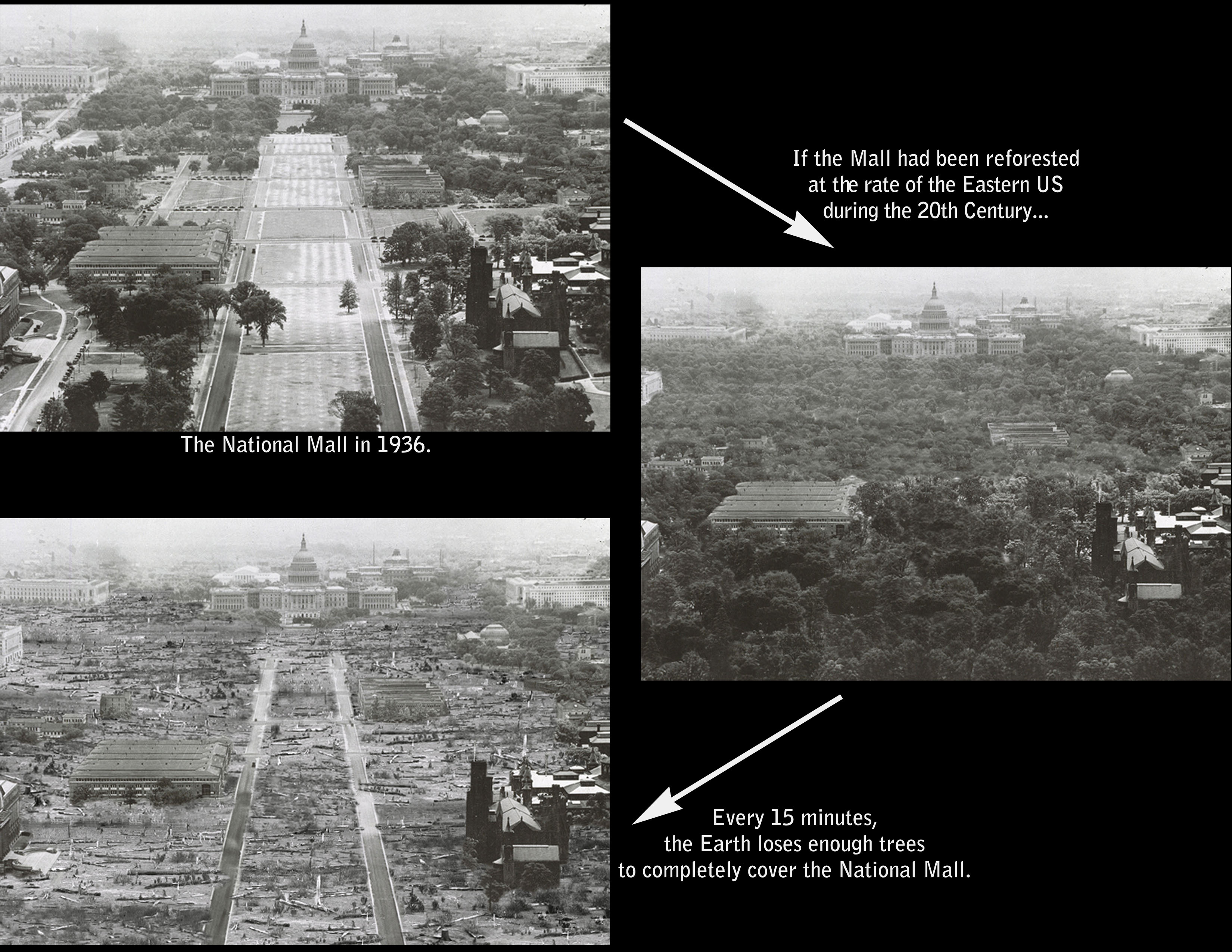 Download Options
Graphic comparing three images of the U.S. National Mall:
First, as it looked in 1936.
Second, the Mall if it had been reforested at the same rate as the Eastern U.S. during the 2oth century.
Third, the amount of trees lost globally around the world every 15 minutes. 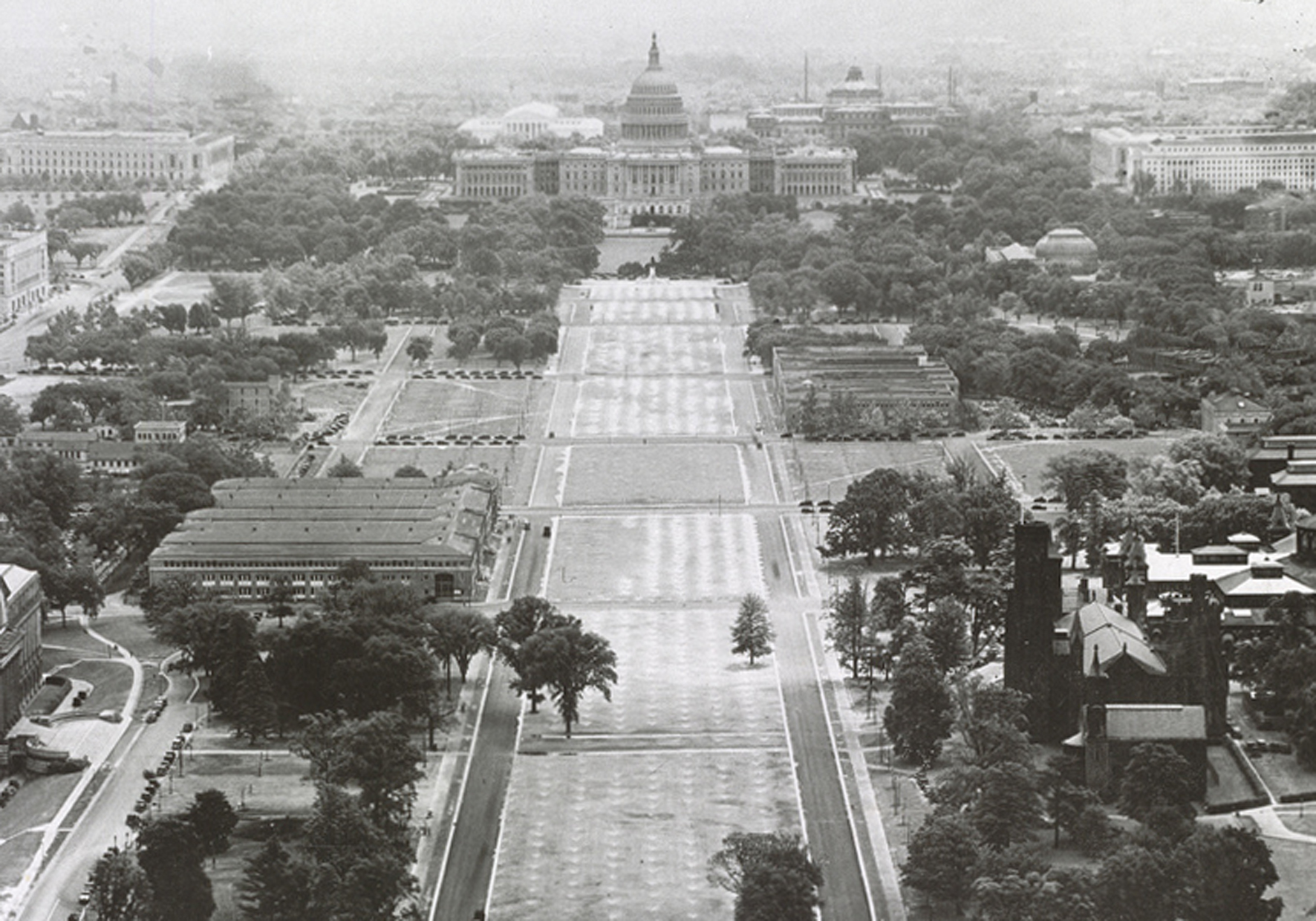 Download Options
The U.S. National Mall in 1936 taken from the Washington Monument. Photograph obtained from the Cornell University Library with no know copyright restrictions. 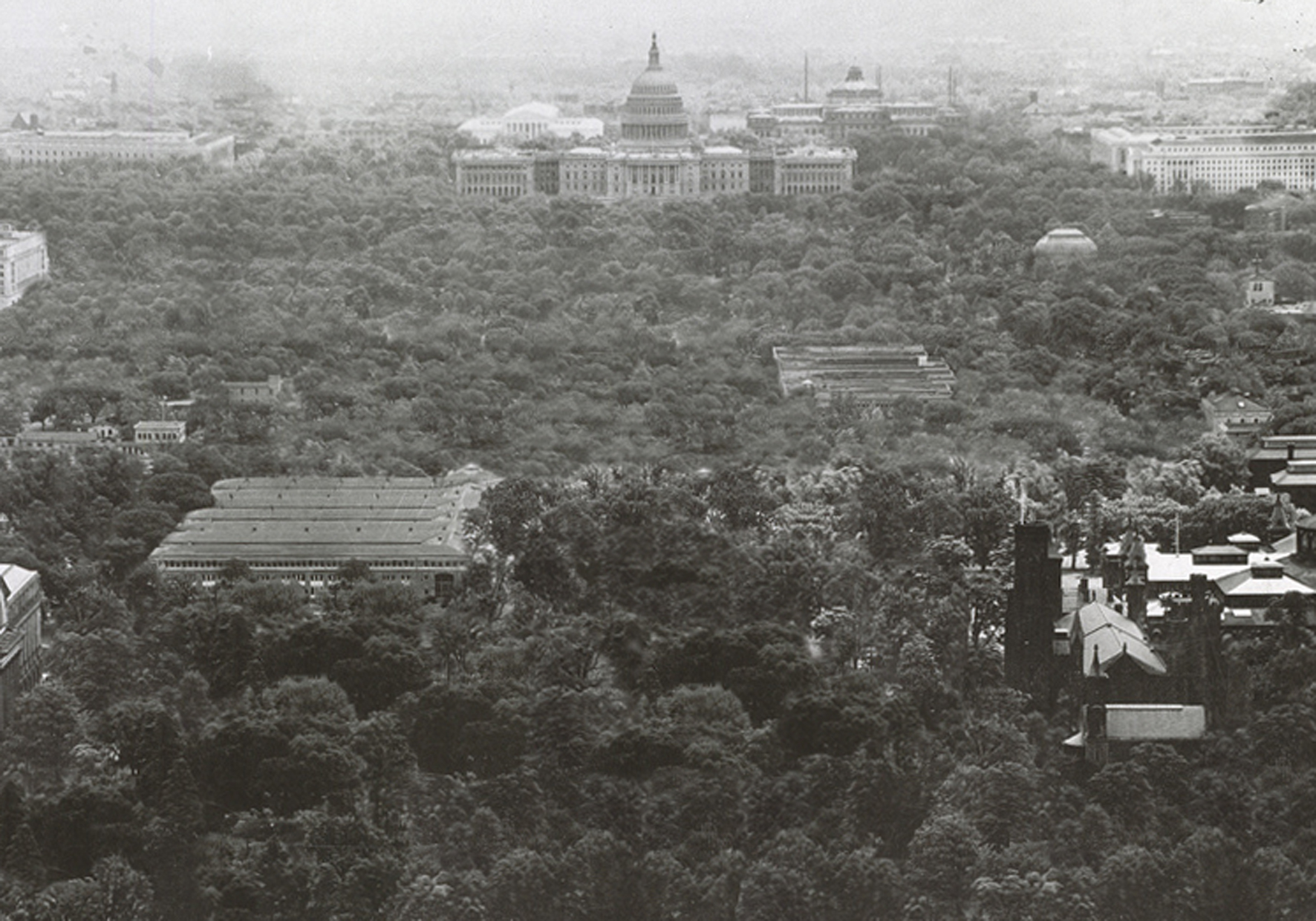 Download Options
How the U.S. Mall would look if it had been re-forested at the average rate of the Eastern U.S. during the 20th century. 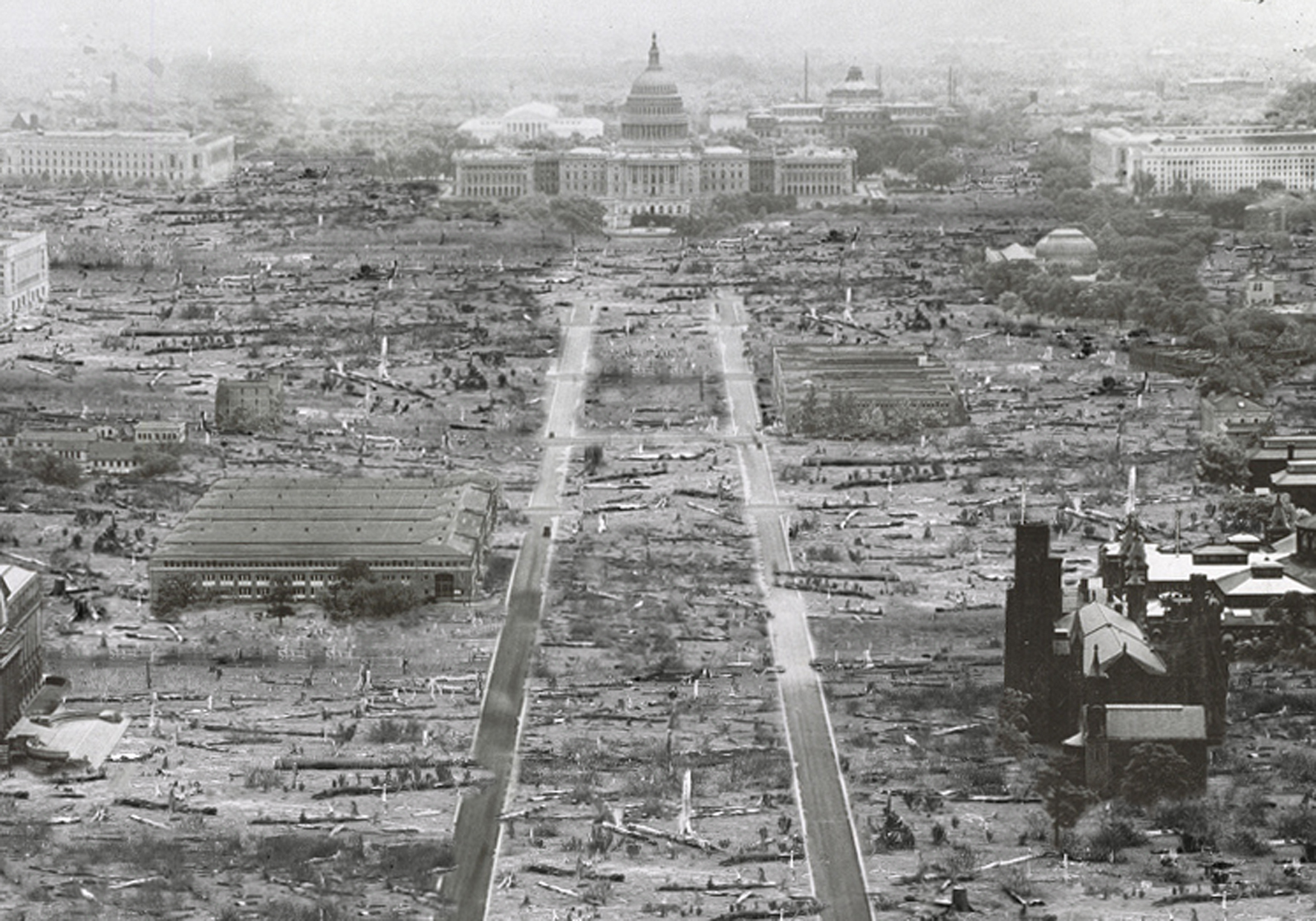 Download Options
Every 15 minutes around the world, an area of forest the size of the U.S. Mall is lost.