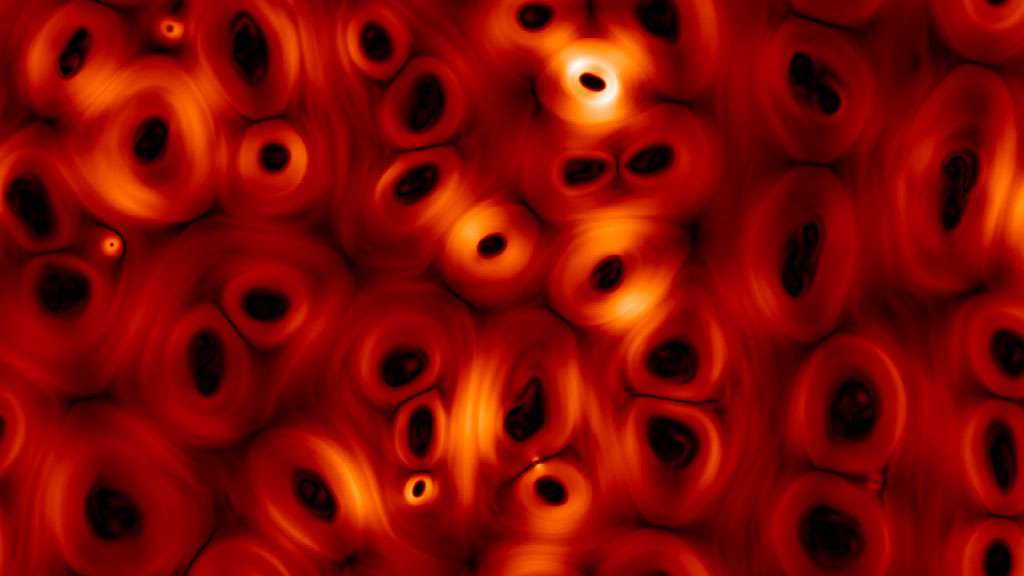 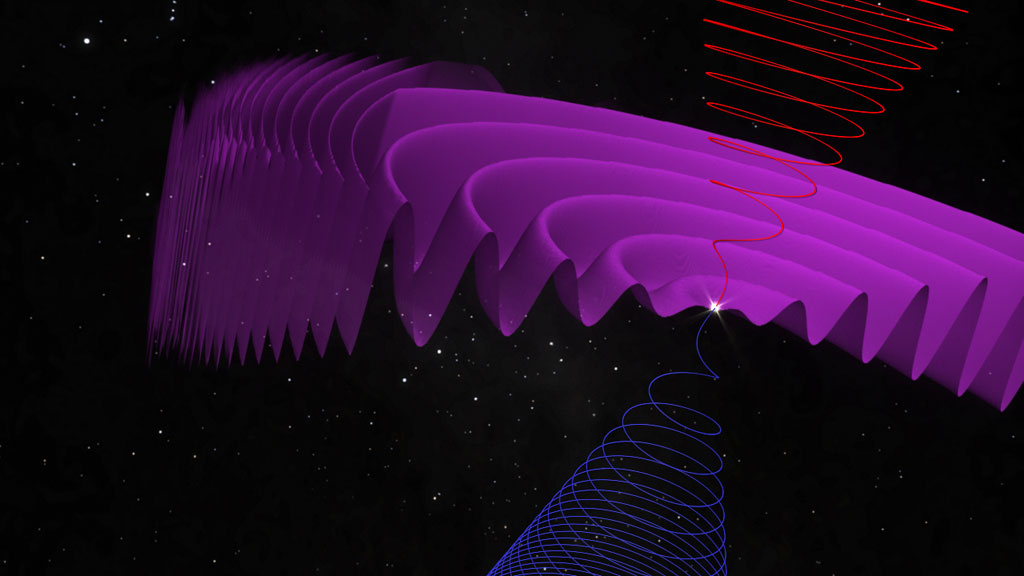 Download Options
The sun's magnetic field spirals out in waves (seen in purple) that compress at the solar system's edge. 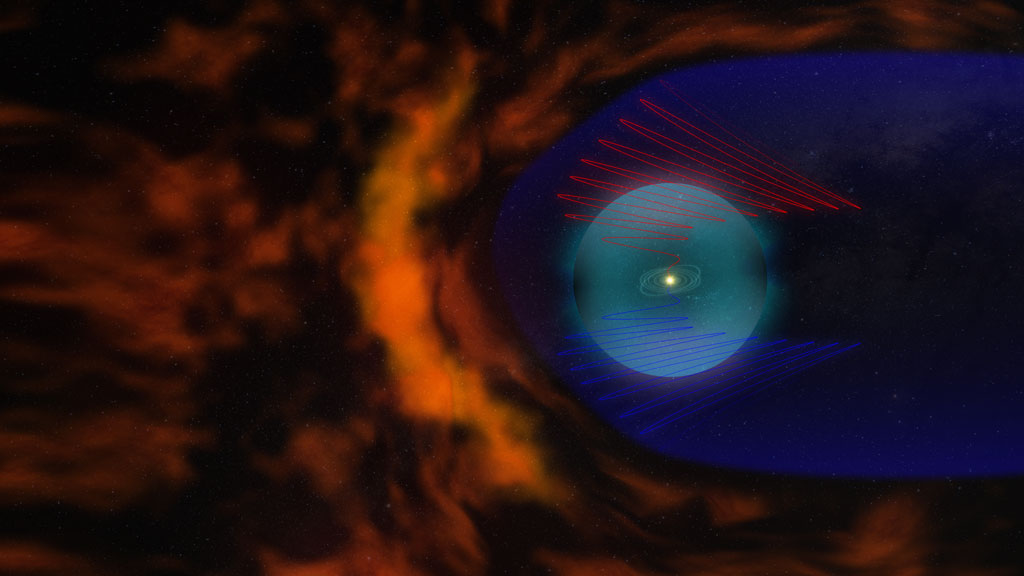 Download Options
Scientists once thought the border of the heliosheath, seen in blue, had a smooth surface. 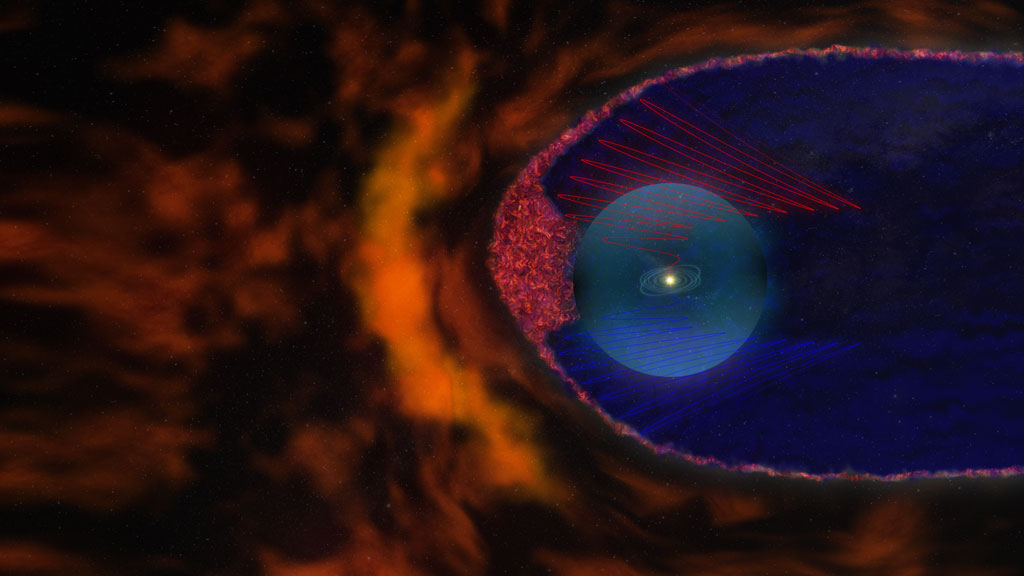 Download Options
Scientists now know magnetic bubbles pile up at the edge of the solar system, as seen here. 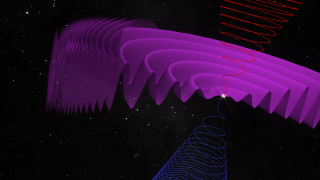