Sentinels Of The Heliosphere 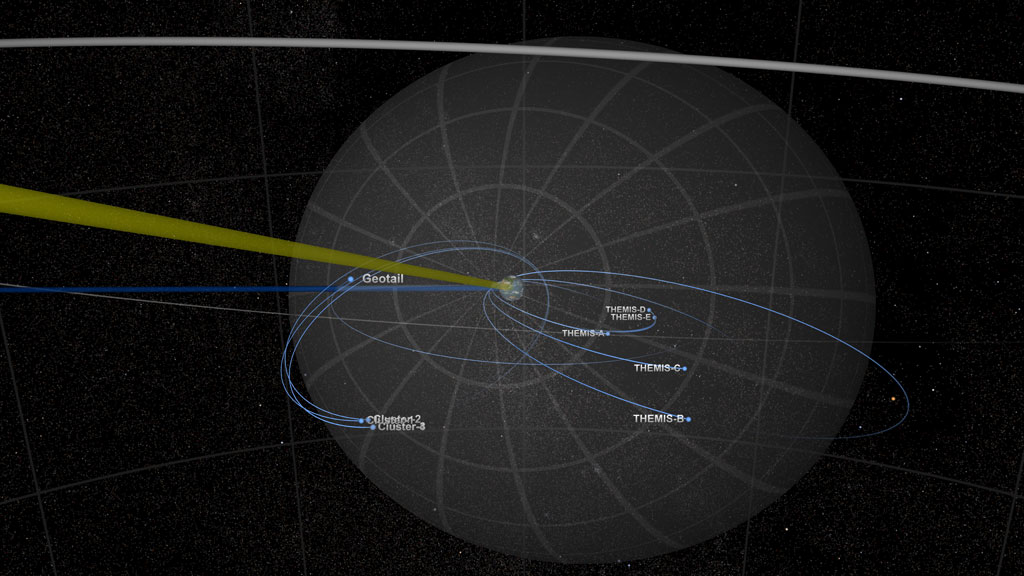 Download
NASA sports a heliophysics fleet of more than 20 spacecraft to study the dynamic electromagnetic system stretching from the sun to Earth.
Download
A host of spacecraft travel in orbits around Earth and beyond to study the region known as the heliosphere. 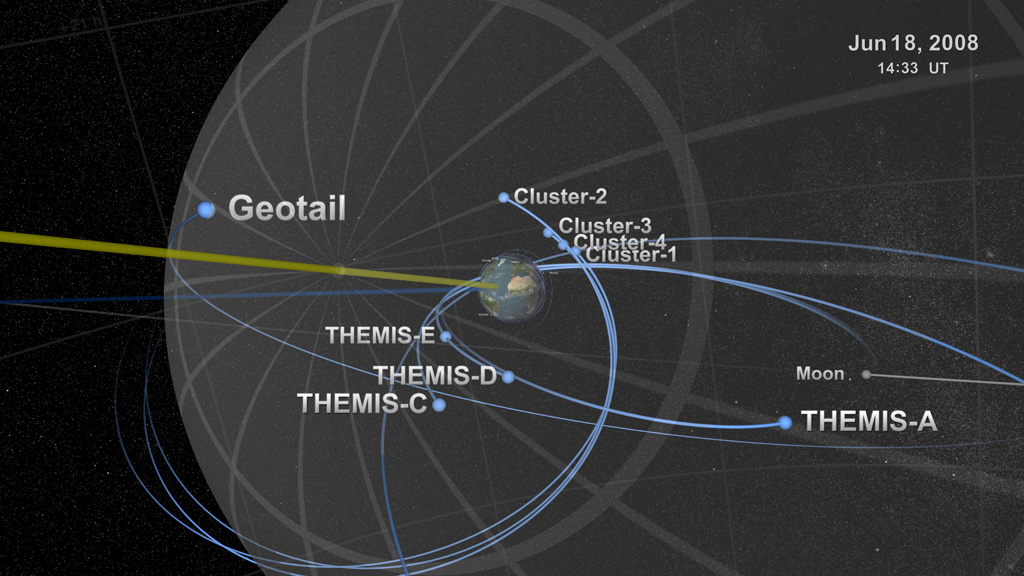 Download
The THEMIS, Cluster and Geotail spacecraft follow larger elliptical orbits to study how the sun's energy affects the magnetosphere. 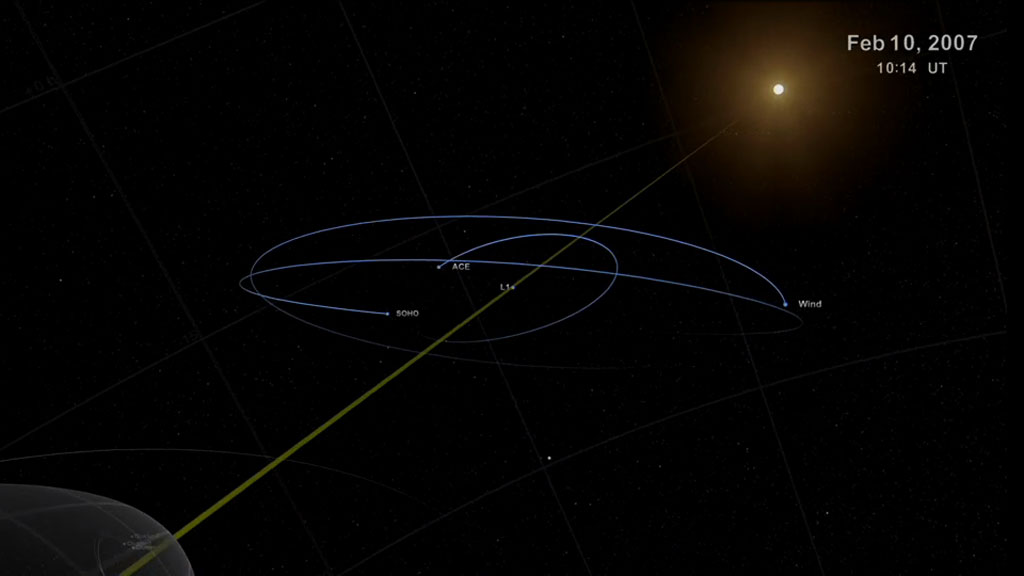 Download
Parked beyond the magnetosphere, orbiting around Lagrange points, spacecraft observe the sun without interference from Earth's atmosphere. 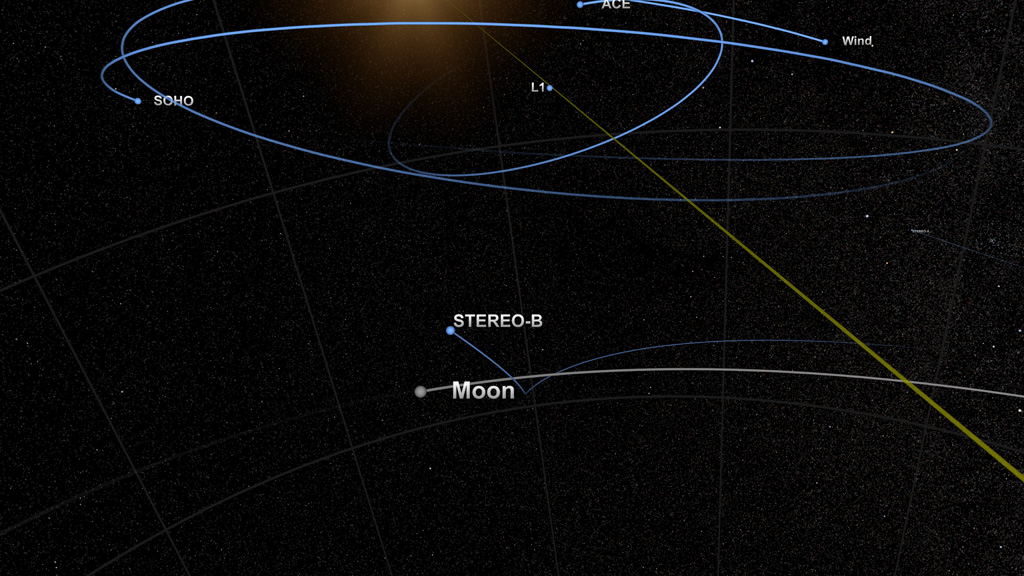 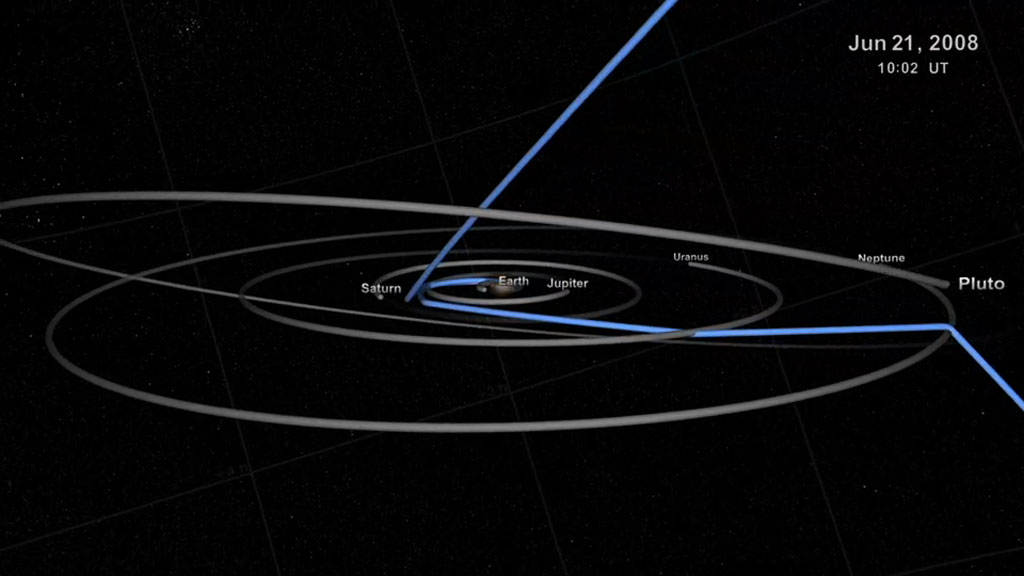 Download
Voyager 1 and 2 used gravity assists from planets on their three-decade journey (path marked by blue lines) to the edges of the heliosphere. 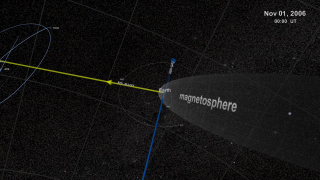 Sentinels of the Heliosphere

Sentinels of the Heliosphere