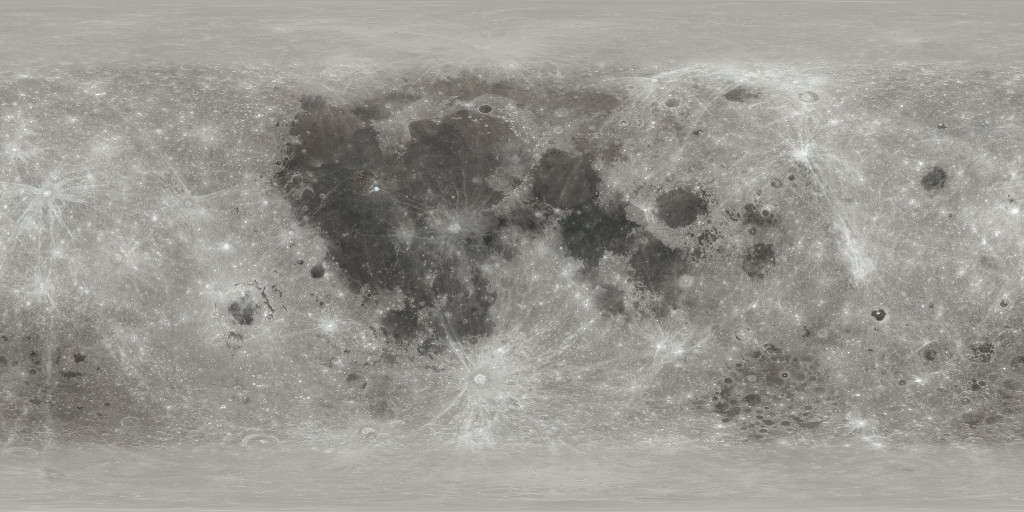 Download Options
The color map, available as 24-bit RGB TIFFs of various sizes. The map is centered on 0° longitude. 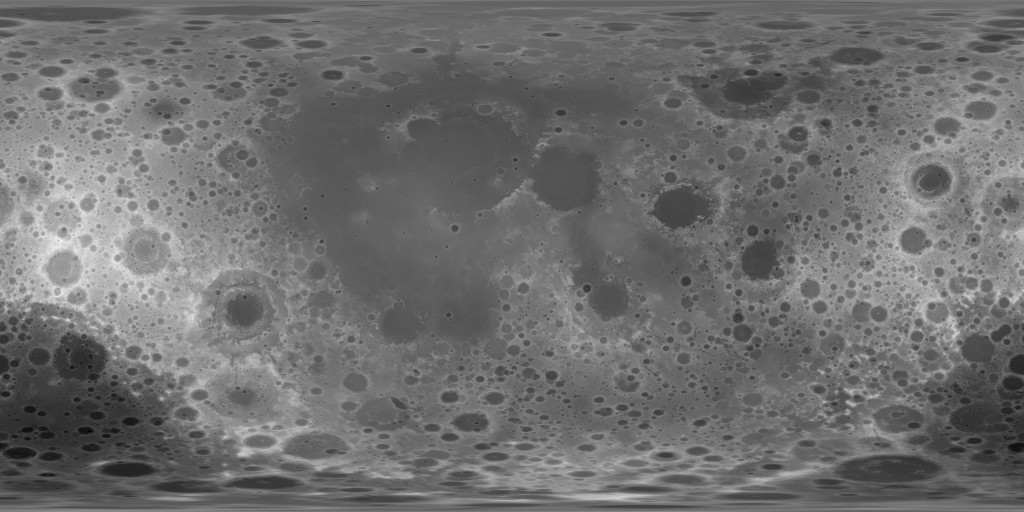 Download Options
The displacement map, at 64, 16, and 4 pixels per degree, centered on 0° longitude. Available as either floating-point TIFFs in kilometers, relative to a radius of 1737.4 km, or unsigned 16-bit TIFFs in half-meters, relative to a radius of 1727400 meters.
Download Options
This animation illustrates how color and displacement maps are used in 3D animation software to paint and model an object like the Moon.