Visualizations by Kel Elkins Released on April 8, 2015
Download Options
Visualization depicting Typhoon Maysak in the Southwest Pacific region as observed by the Global Precipitation Measurement (GPM) Core Satellite on March 30th, 2015. GPM/GMI precipitation rates are displayed as the camera moves in on the storm. A slicing plane moves across the volume to display precipitation rates throughout the structure of the storm. Shades of green to red represent liquid precipitation extending down to the ground.
This video is also available on our YouTube channel. 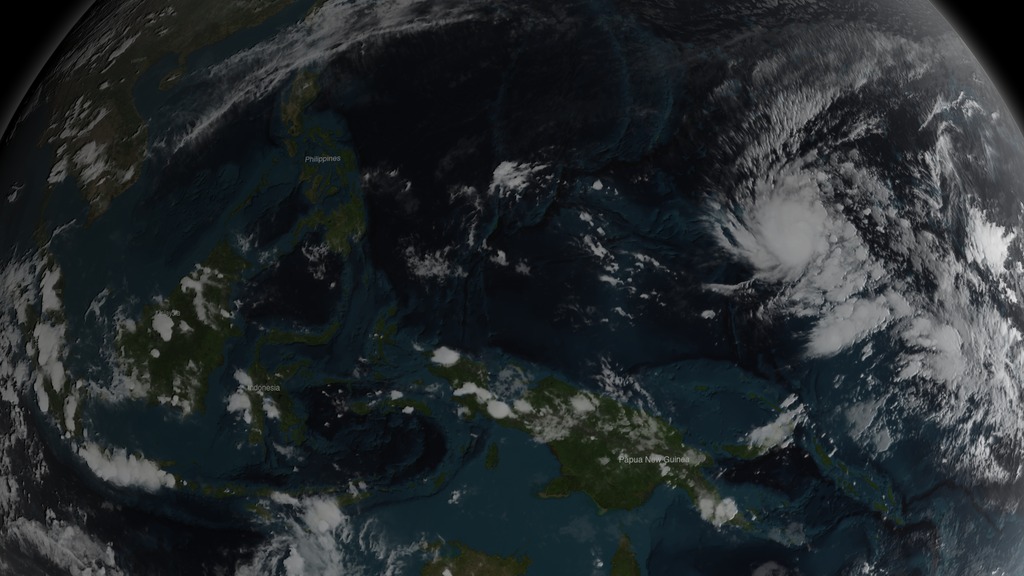 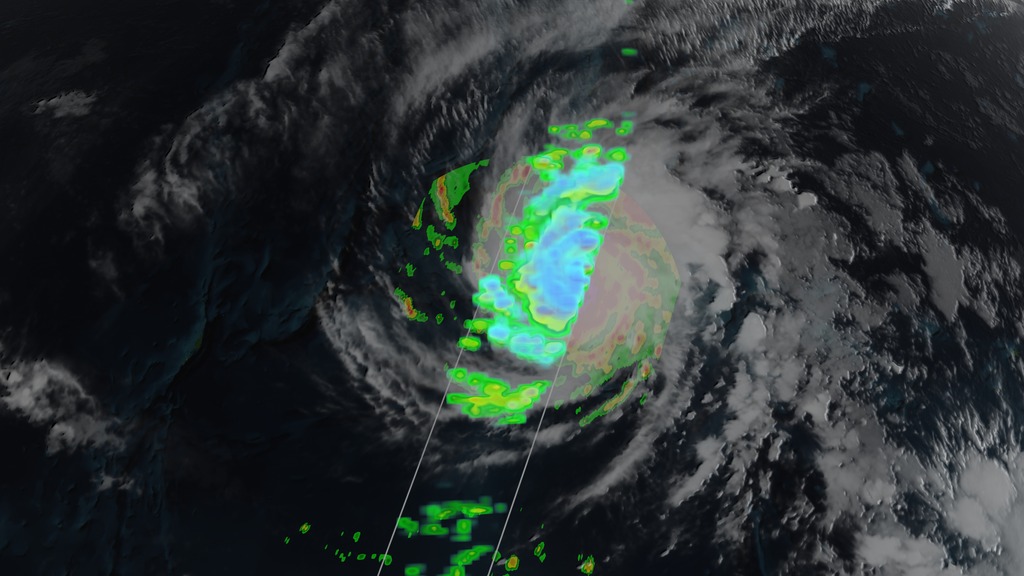 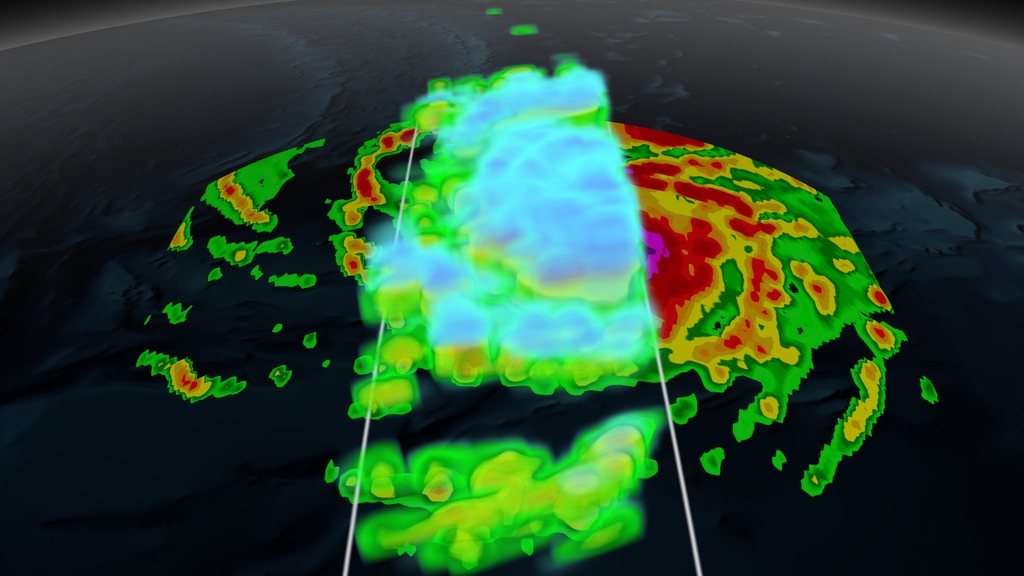 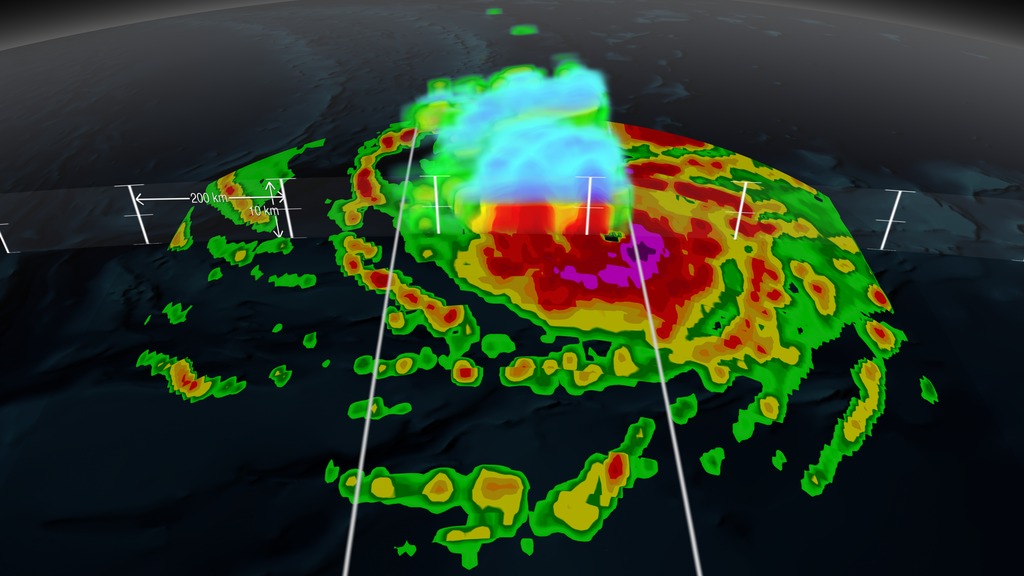 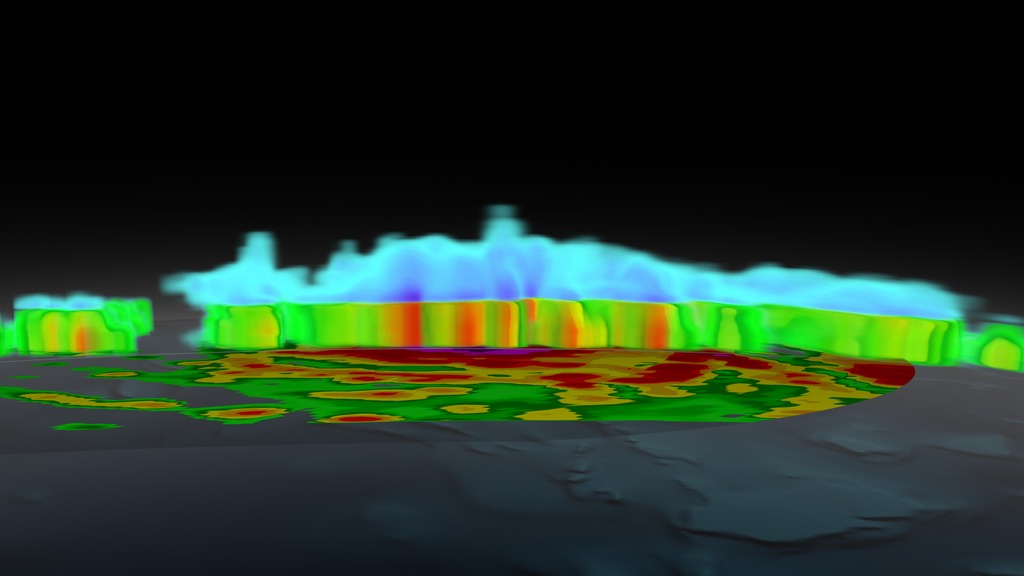 Observed Data - JAXA - 2015/03/28 - 00:00:00
Credit:
Data provided by the joint NASA/JAXA GPM mission.
view all stories where this data set is used
Note: While we identify the data sets used in these visualizations, we do not store any further details nor the data sets themselves on our site.