Portrait Of An Asteroid 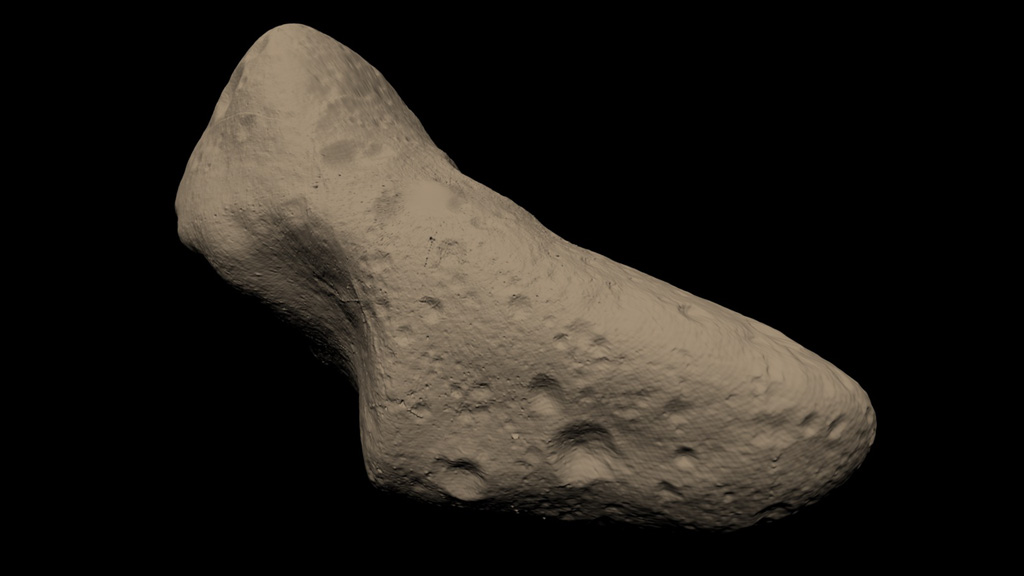 Download
Scientists use lasers to create a 3-D model of asteroid Eros.
Download
This model of Eros was created using millions of data points collected by NASA’s NEAR Shoemaker spacecraft while in orbit around the asteroid. 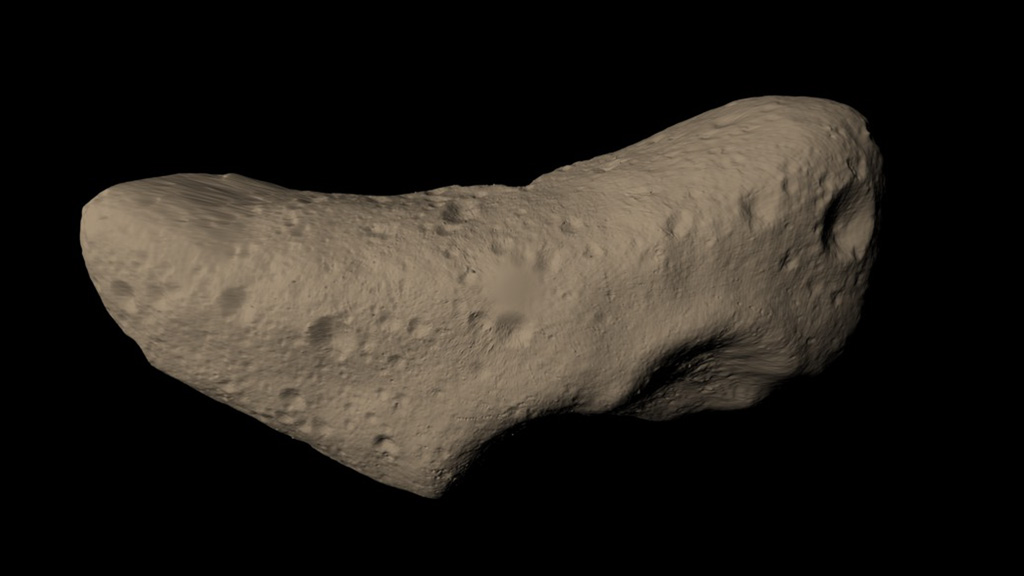 Download
Eros is pitted with over 100,000 craters, the result of billions of years of impacts. 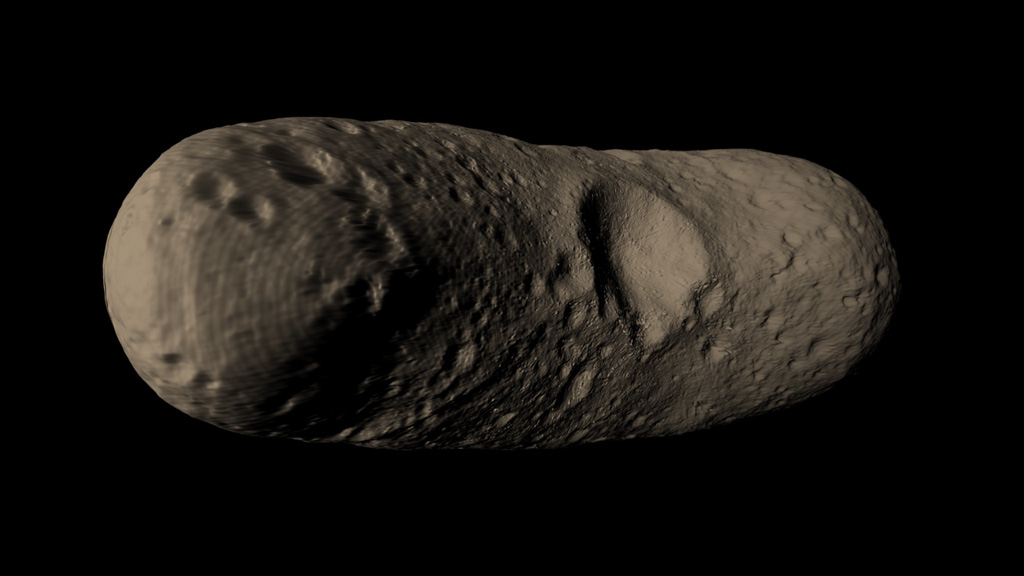 Download
The large crater at the center, named Psyche, is three miles in diameter. 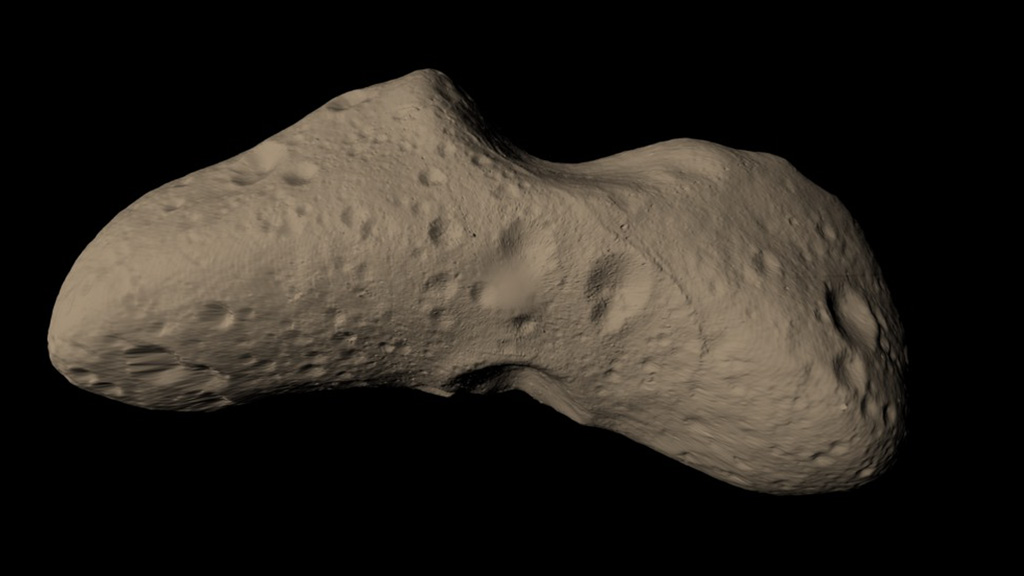 Download
Eros' largest crater, Himeros (top), is six miles in diameter. It’s so big that its sides caved in, leaving behind a saddle-shaped depression. 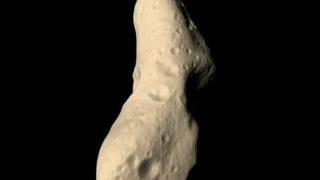