Visualizations by Alex Kekesi Released on July 8, 2014
Download Options
Animation of Hurricane Arthur on July 3rd, 2014. The animation begins with global infrared data showing the progression of the storm as it forms into a hurricane. Then GPM flies overhead measuring rain rates on the ground. GPM's Dual frequency Precipitation Radar (DPR) then dissolves in to reveal the internal structure of the hurricane. Next, a cutting plane appears to dissect the storm and show the inner rain patterns. 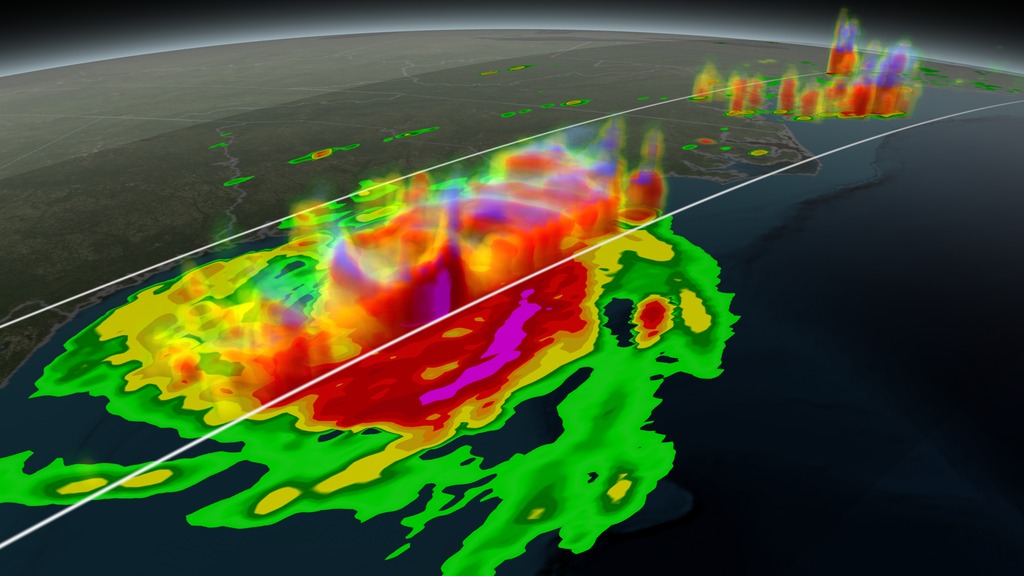 Download Options
Print resolution still of Hurricane Arthur as seen through GPM's GMI and DPR sensors. This is Hurricane Arthur on July 3rd, 2014 off the South Carolina coast. Colors ranging from light green to red indicate areas of low to high liquid precipitation. The violet areas in the upper atmosphere are areas showing frozen precipitation. 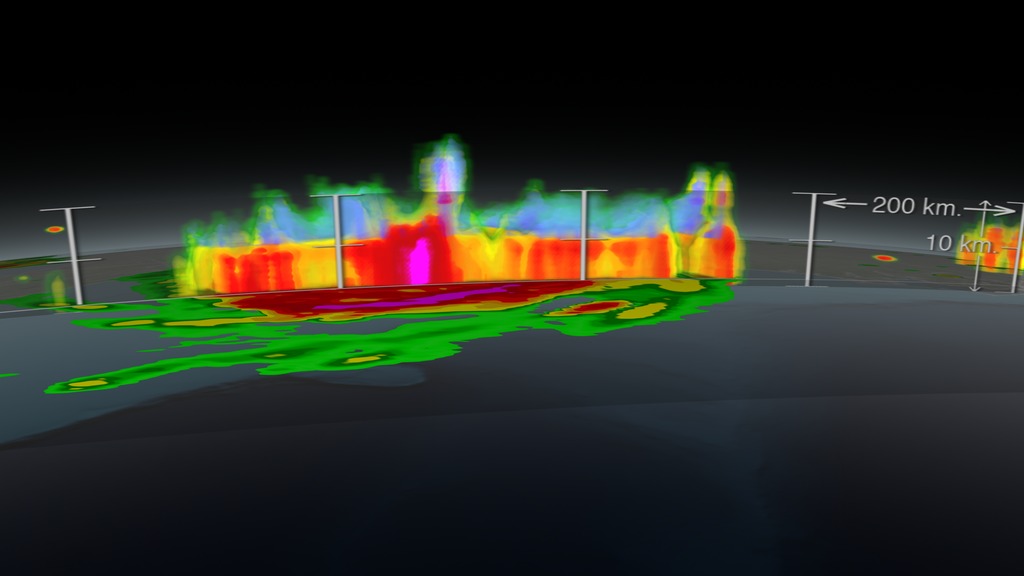 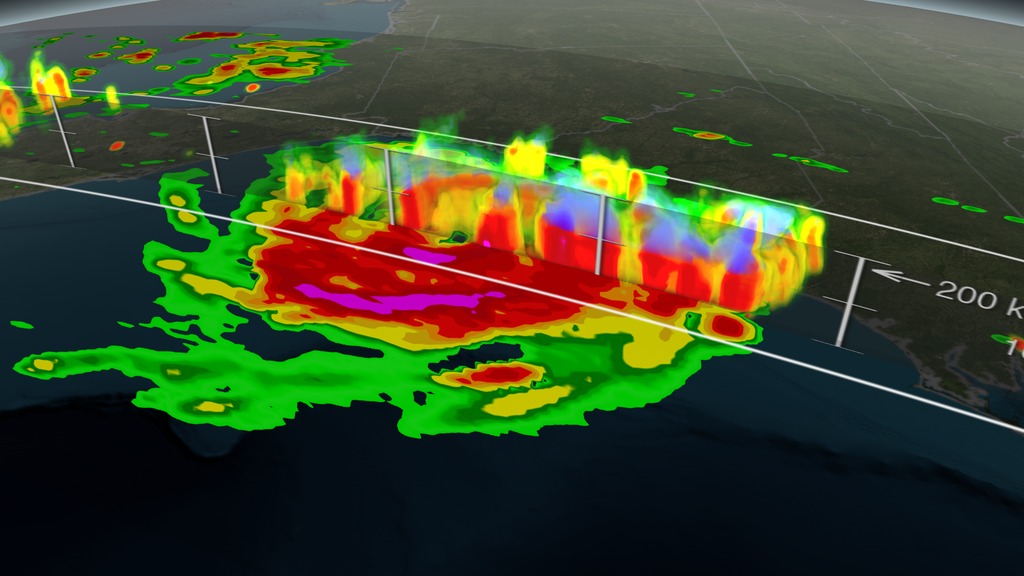 Download Options
Print resolution still showing a cross section of Hurricane Arthur through it's eye. Colors ranging from light green to red indicate areas of low to high liquid precipitation. The areas in the upper atmosphere that range from light blue to violet indicate frozen precipitation. 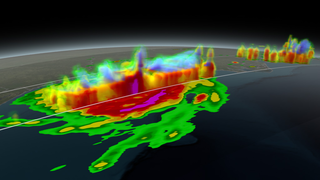 Seeing Inside A Storm

7/3/14
Credit:
Data provided by the joint NASA/JAXA GPM mission.
view all stories where this data set is used
Note: While we identify the data sets used in these visualizations, we do not store any further details nor the data sets themselves on our site.

Seeing Inside A Storm