Visualizations by Alex Kekesi Released on September 4, 2014
Download Options
Visualization of GPM collecting data on March 17th, 2014 over the last major snow storm of winter 2013-2014 to hit the east coast. The animation begins with GPM/GMI collecting a swath of ground rain rate data across the region of interest. A volumetric dataset of rain rates (taken by DPR) then dissolves in to show the structure of the storm. A dissecting plane is then turned on to not only provide relative height and width information for the storm, but it then slices through the storm to reveal some of the storm's interior structure. Shades of green to red indicate areas of liquid precipitation. Shades of cyan to purple are areas of frozen precipitation. GPM is the first satellite to differentiate between liquid and frozen precipitation. 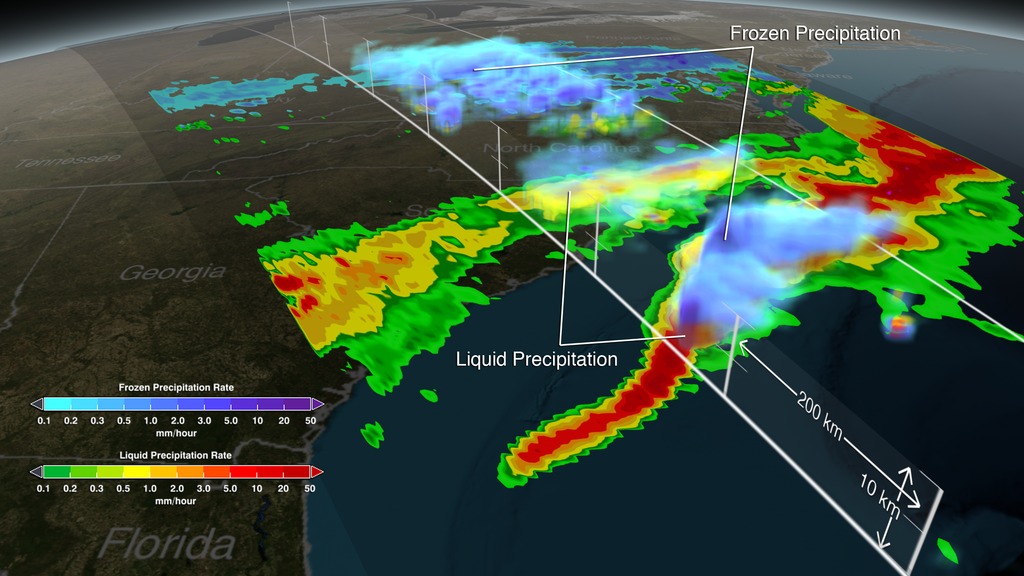 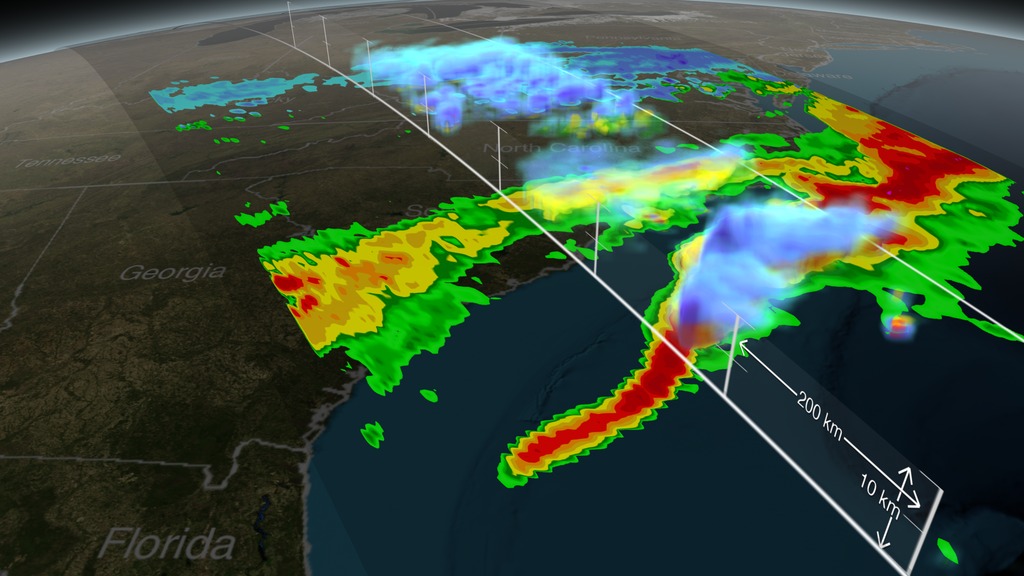 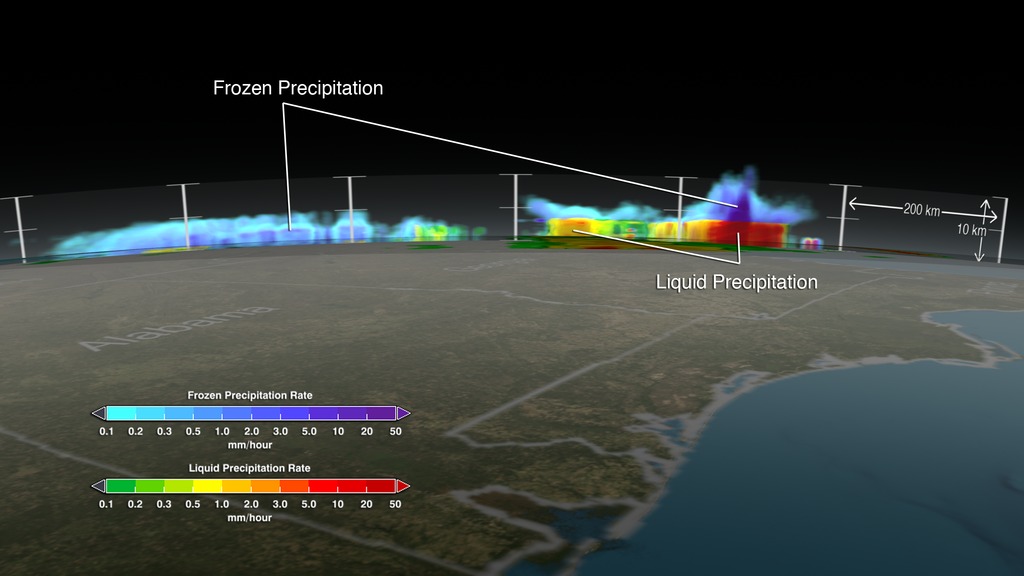 Download Options
A side view of the east coast snow storm highlighting the band of liquid precipitation under the frozen precipitation layer. 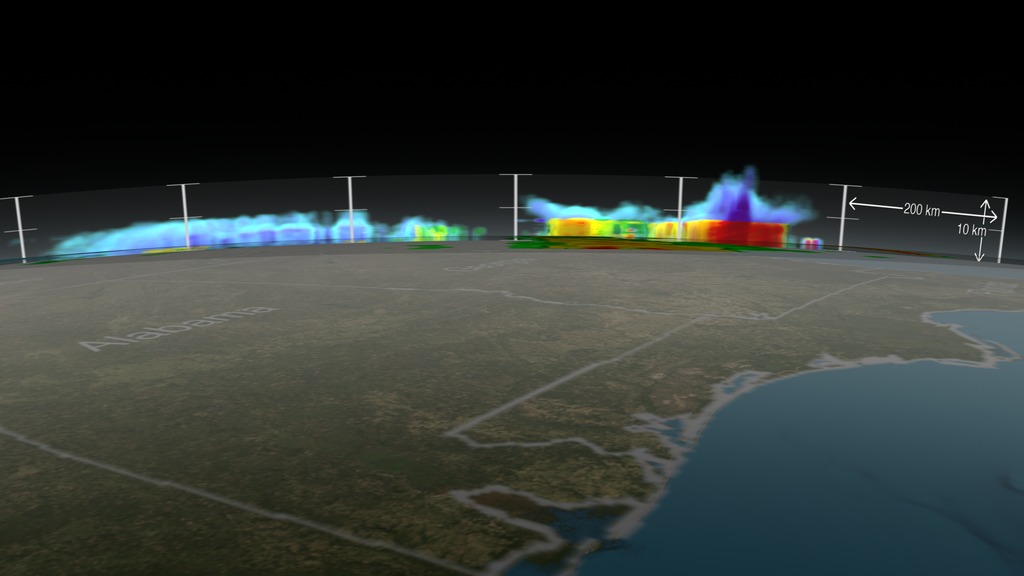 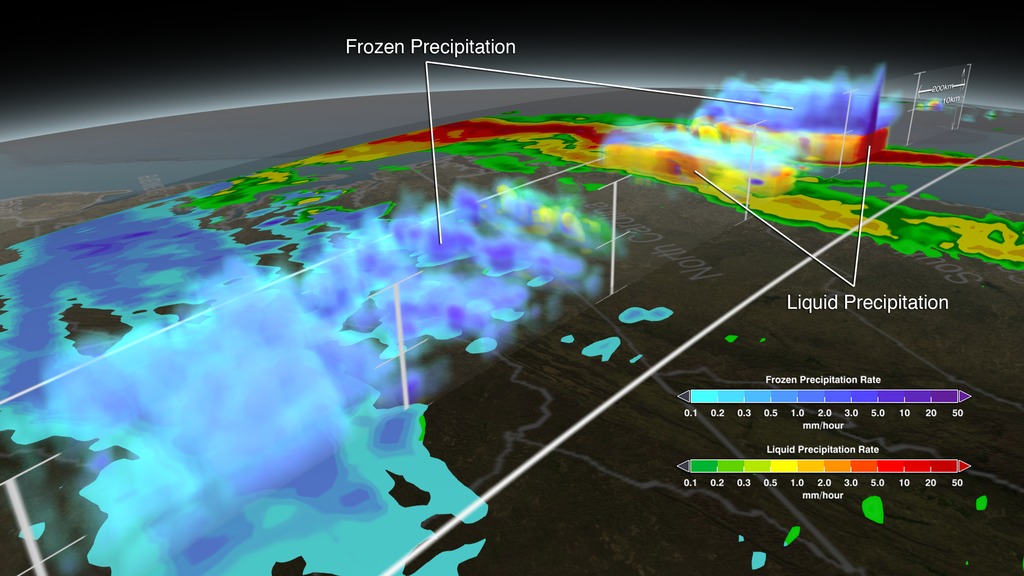 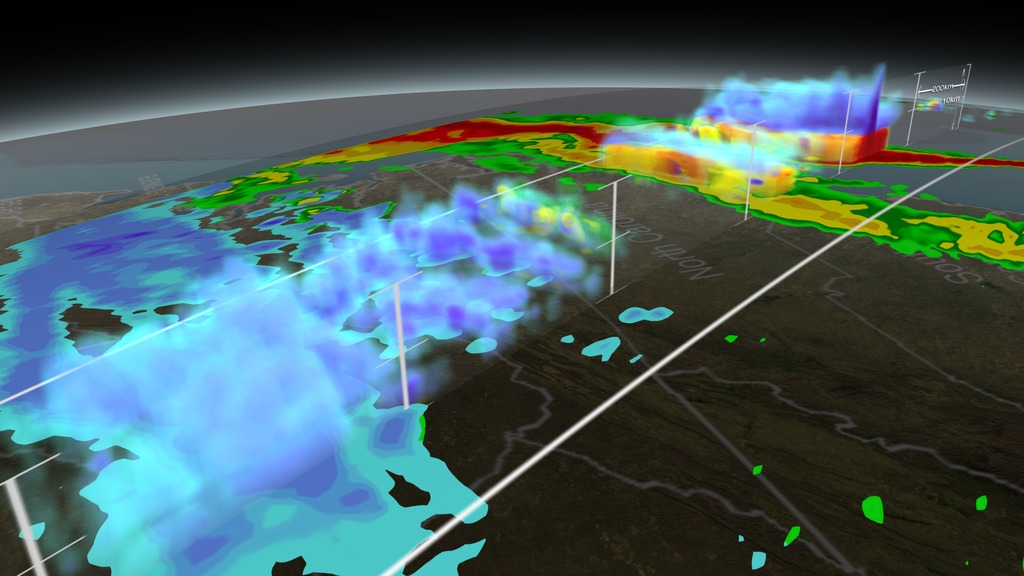 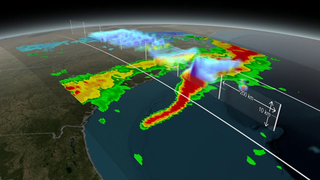 GPM Looks Inside a Snow Storm

3/17/14
Credit:
Data provided by the joint NASA/JAXA GPM mission.
view all stories where this data set is used

Observed Data - JAXA - 3/17/14
Credit:
Data provided by the joint NASA/JAXA GPM mission.
view all stories where this data set is used
Note: While we identify the data sets used in these visualizations, we do not store any further details nor the data sets themselves on our site.

GPM Looks Inside a Snow Storm