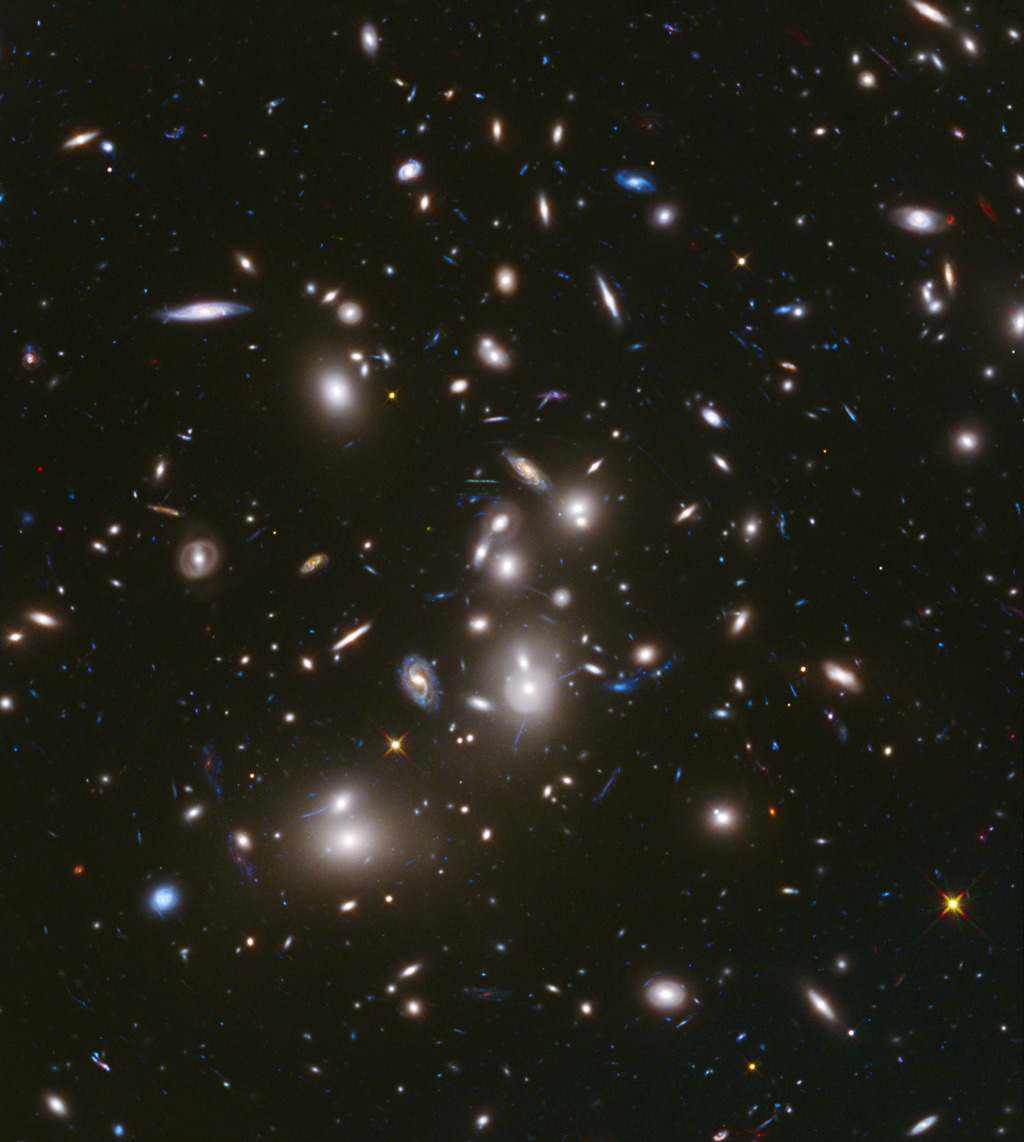 Download Options
The galaxy cluster Abell 2744 is so massive that it distorts the space around it and produces an effect called gravitational lensing.

Please give credit for this item to:
NASA, ESA, and J. Lotz, M. Mountain, A. Koekemoer, and the HFF Team (STScI)