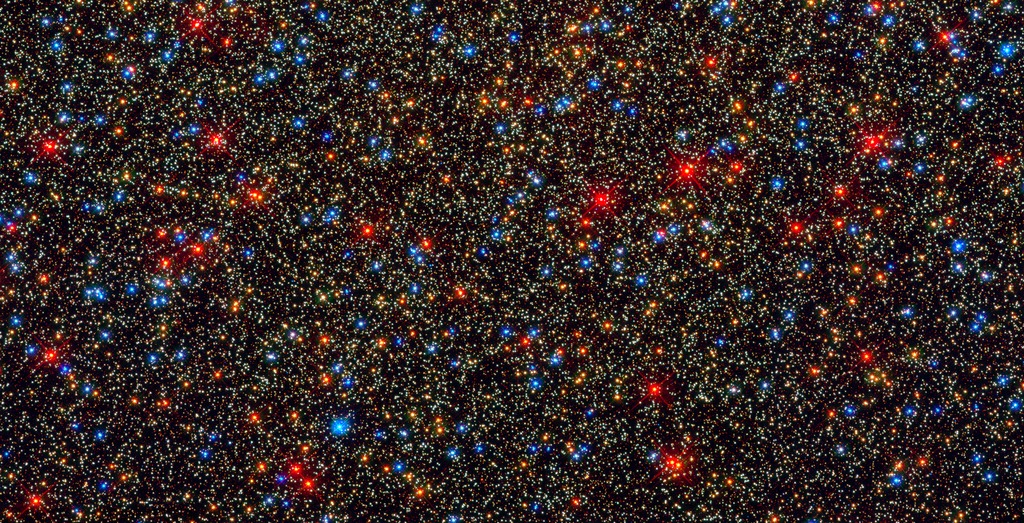 Download Options
A close-up of stars in the core of the globular star cluster Omega Centauri from the Hubble Space Telescope.

Please give credit for this item to:
NASA, ESA, and the Hubble SM4 ERO Team