Released on October 5, 2020
Download
NASA’s Transiting Exoplanet Survey Satellite (TESS) spent nearly a year imaging the northern sky in its search for worlds beyond our solar system. Explore this panorama to see what TESS has found so far.

Music: "Strolling" from Above and Below. Written and produced by Lars Leonhard 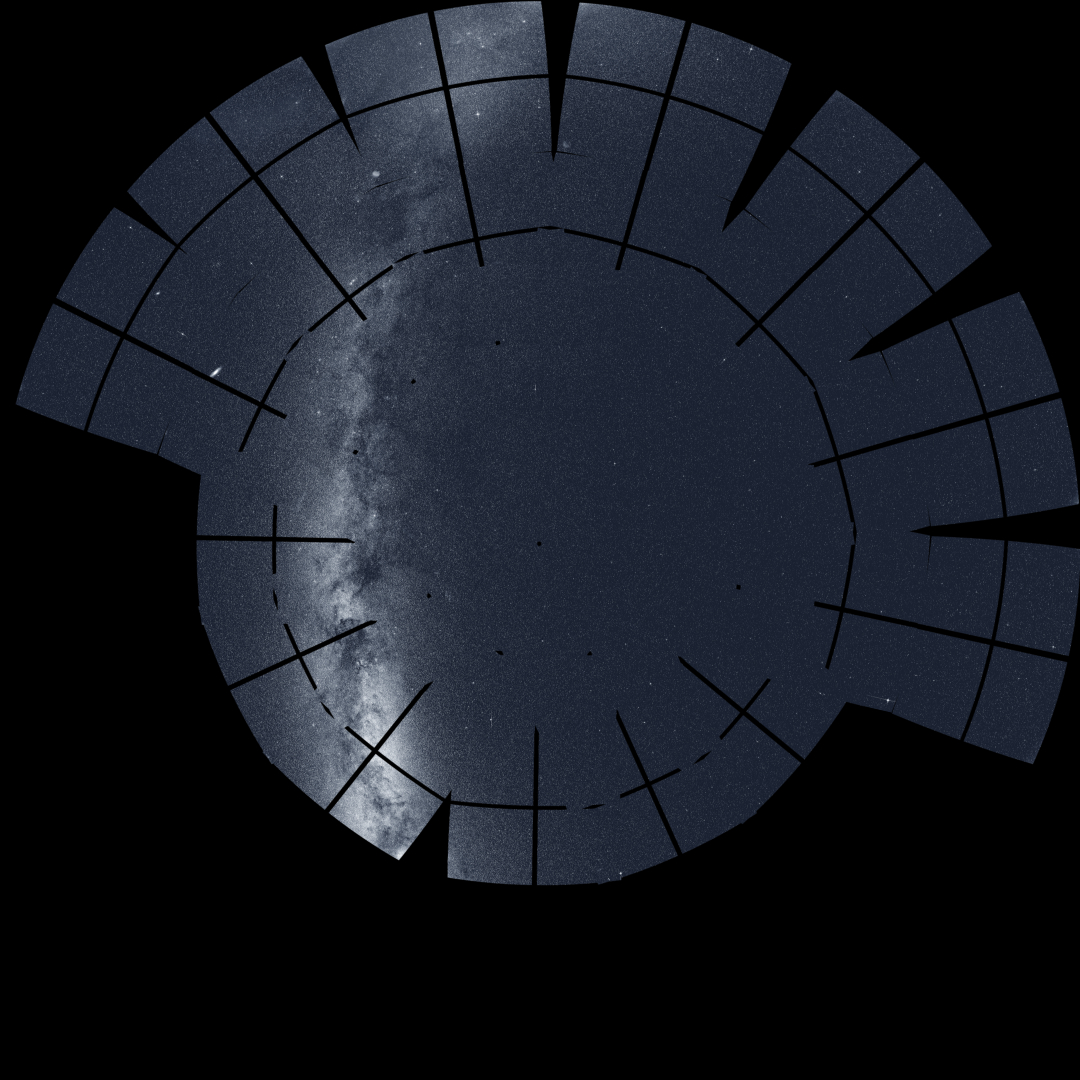 Download
This mosaic of the northern sky was assembled from 208 images taken by NASA’s Transiting Exoplanet Survey Satellite (TESS) during its second year of science operations, completed in July 2020. The mission split the northern sky into 13 sectors, each of which was imaged for nearly a month by the spacecraft’s four cameras. Among the many notable celestial objects visible: the glowing arc and obscuring dust clouds of the Milky Way (left), our home galaxy seen edgewise; the Andromeda galaxy (oval, center left), our nearest large galactic neighbor, located 2.5 million light-years away; and the North America Nebula (lower left), part of a stellar factory complex 1,700 light-years away. The prominent dark lines are gaps between the detectors in TESS's camera system. 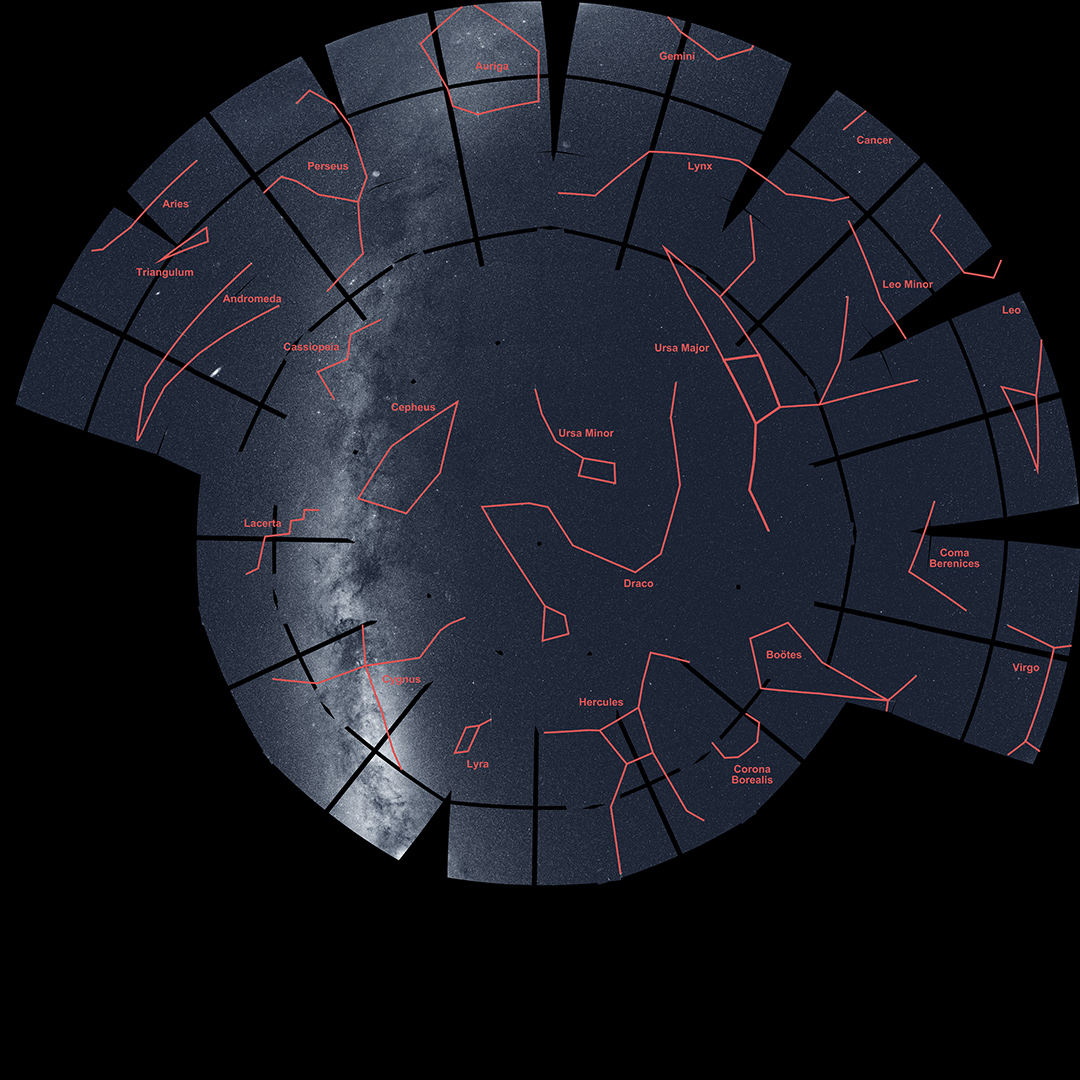 Download
Overlaying the figures of selected constellations helps sort out just where TESS has been observing and illustrates the scale of the panorama. 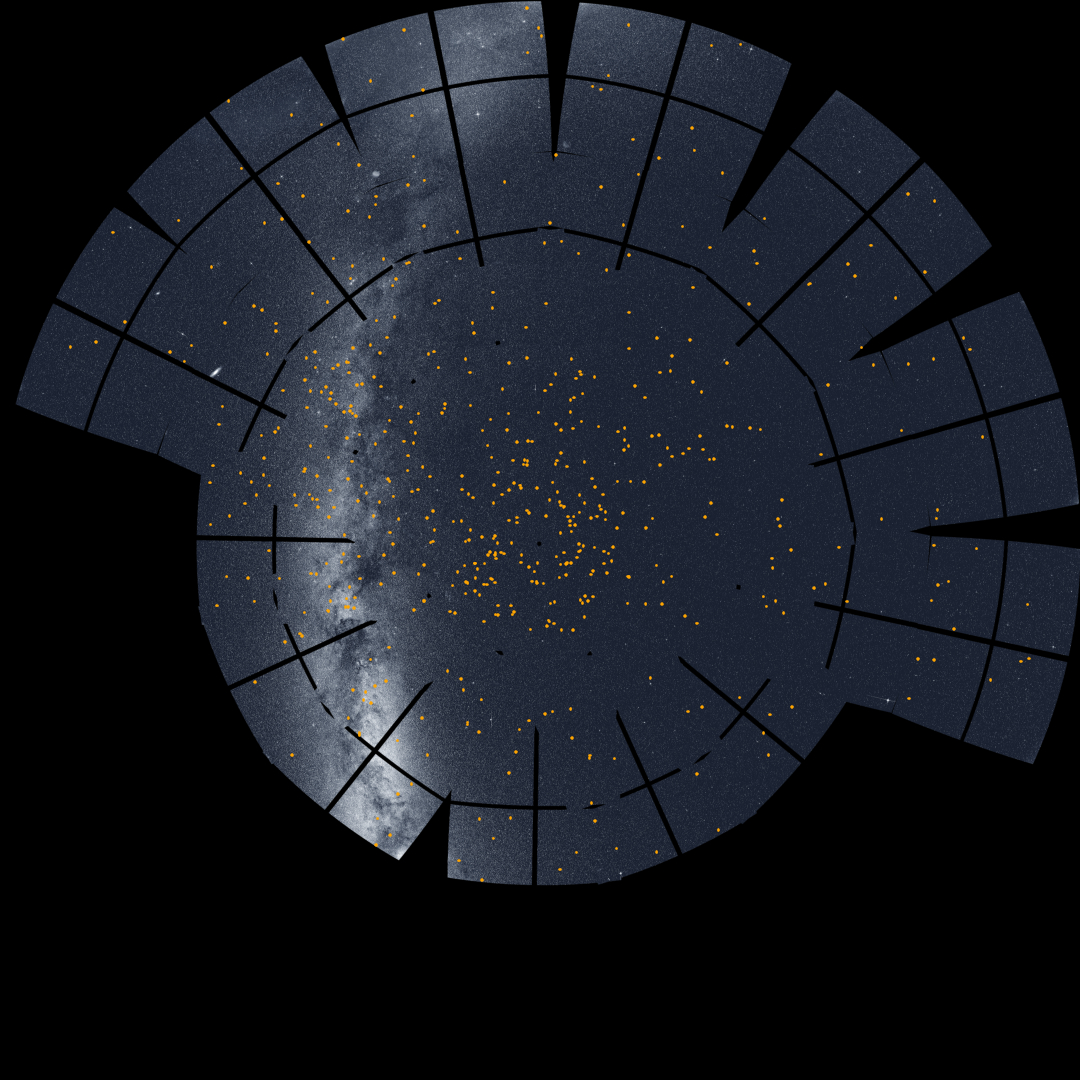 Download
The locations of more than 600 candidate exoplanets identified by Sept. 15, 2020, are shown on the TESS mosaic. Astronomers are studying these targets to confirm new worlds. 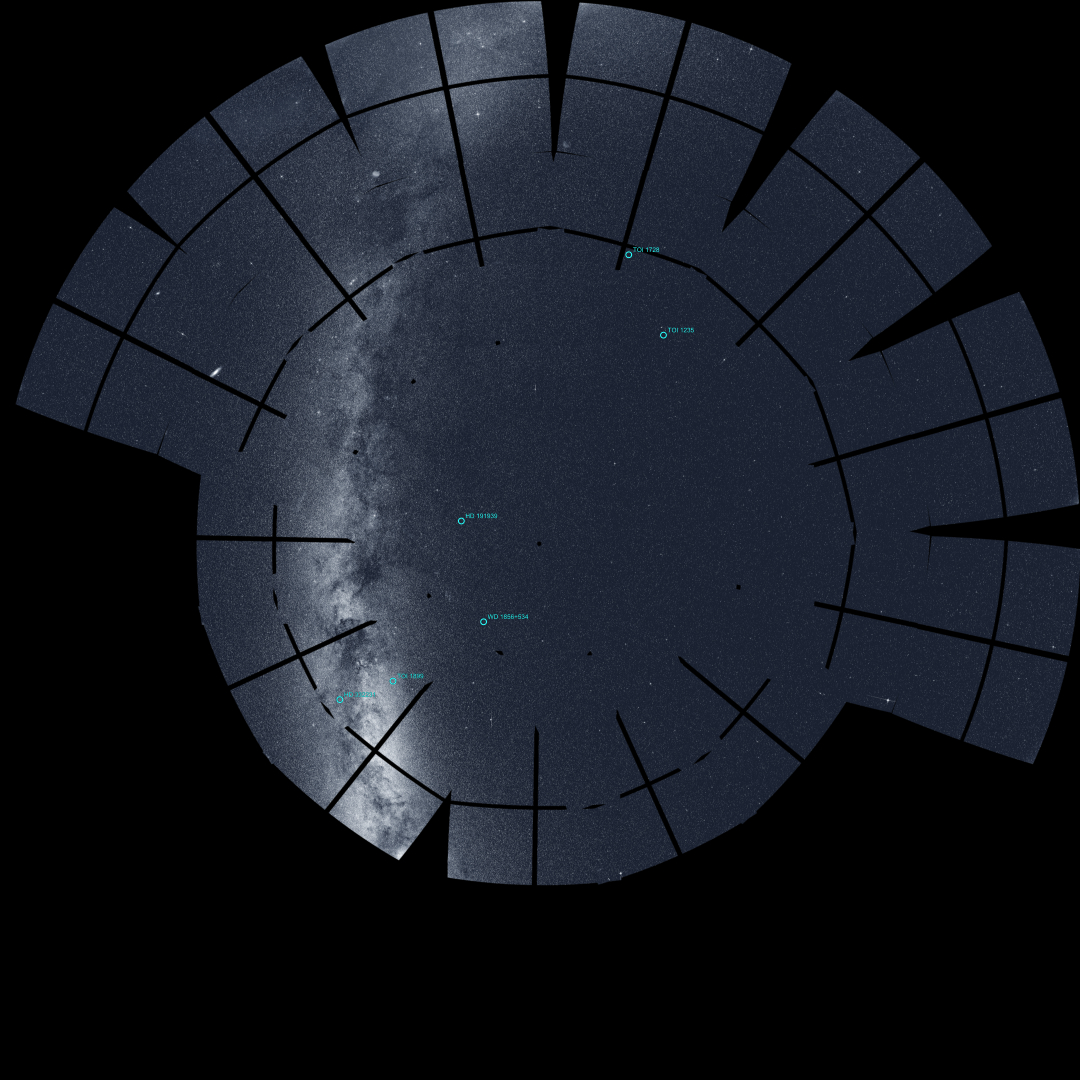 Download
As of Sept. 16, 2020, TESS has discovered planets around six northern stars, shown on this version of the panorama. 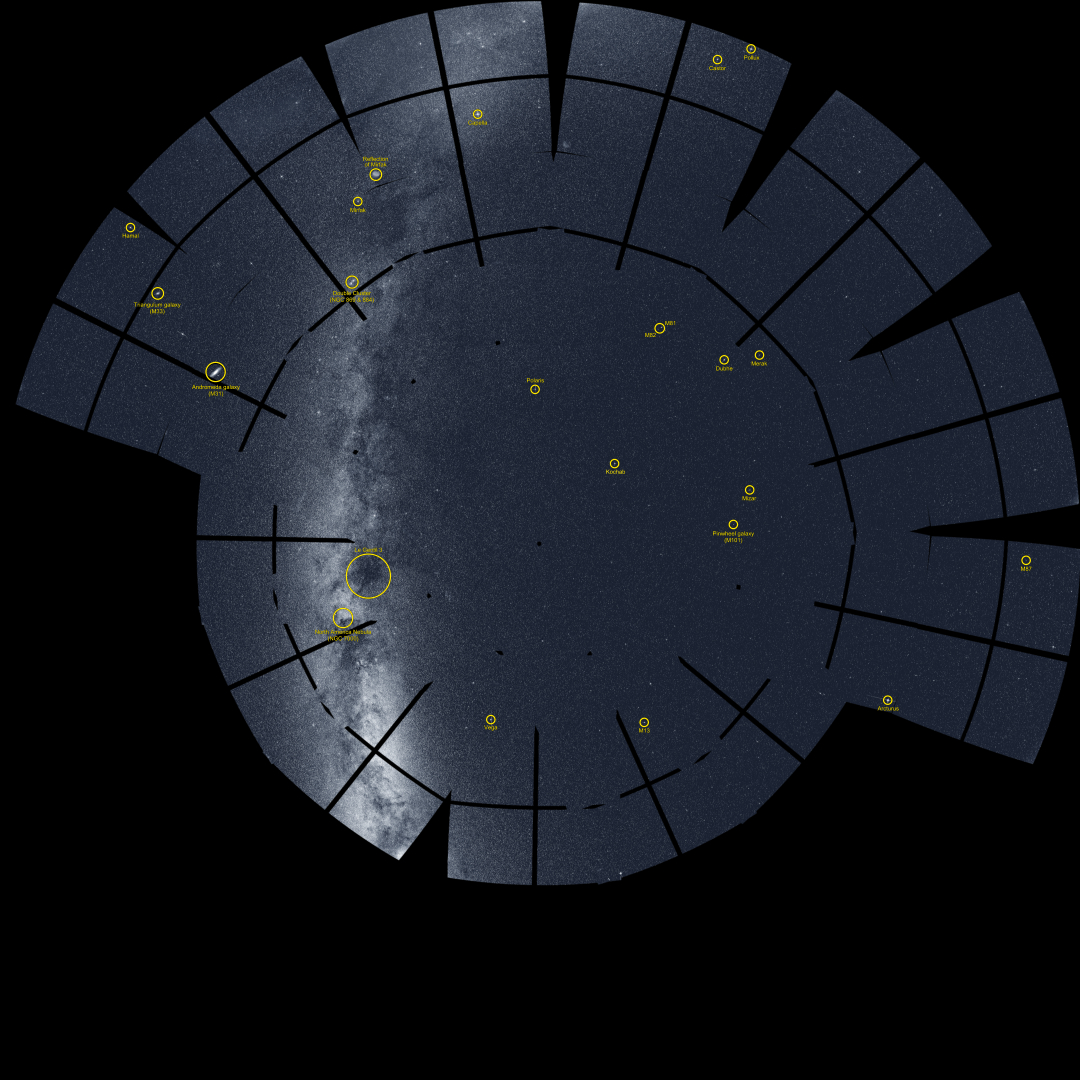 Download
Many remarkable celestial objects appear in the TESS northern panorama. Among them: the glowing arc and obscuring dust clouds of the Milky Way (left), our home galaxy seen edgewise; the Andromeda galaxy (center left), our nearest large galactic neighbor, located 2.5 million light-years away; and the North America Nebula (lower left), part of a stellar factory complex 1,700 light-years away. Some stars, like Arcturus and Vega, are so bright they create long spike-like artifacts called saturation trails; others, like Mirfak, produce ghostly smudges as their light reflects off elements of the TESS camera system. 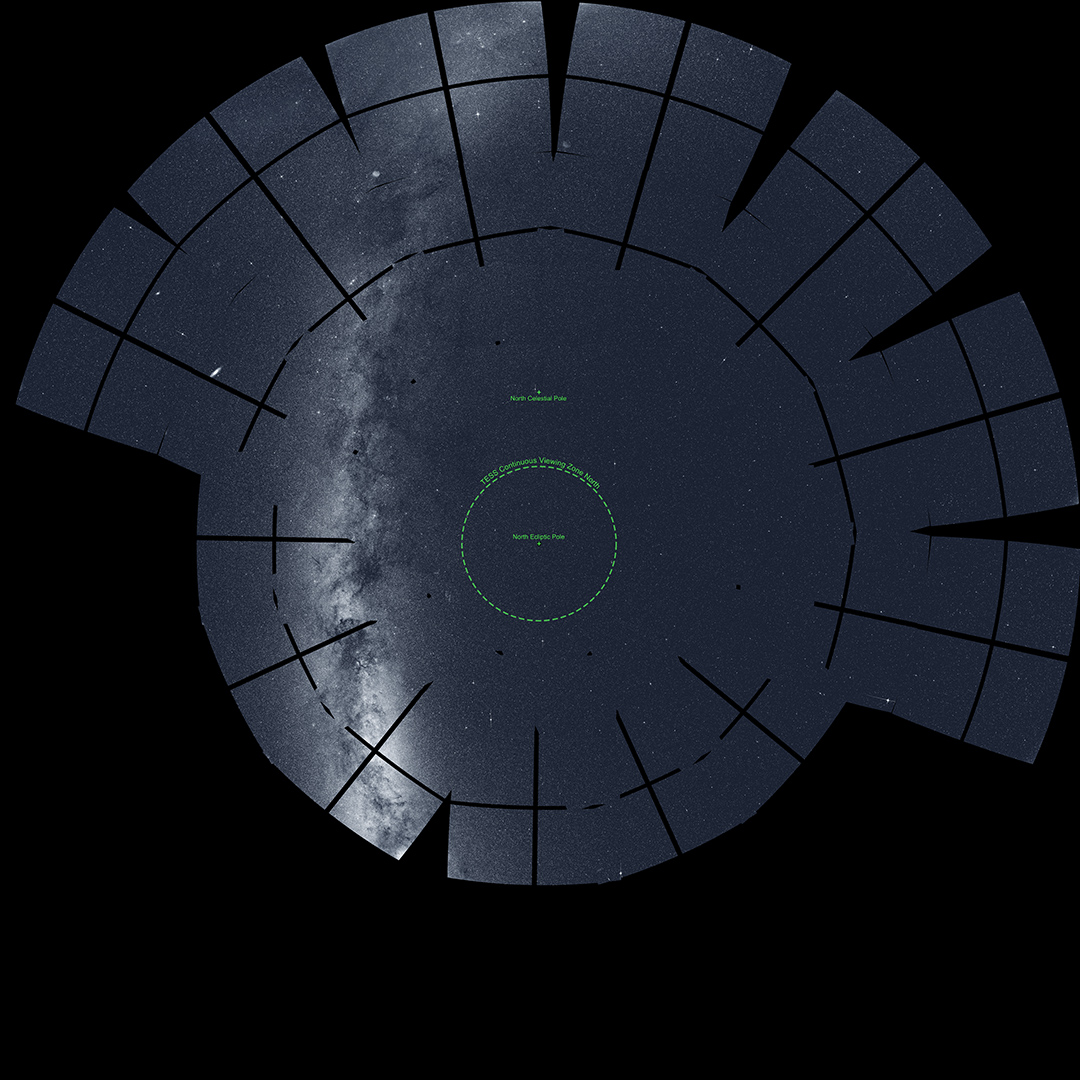 Download
The center of the TESS northern mosaic is the sky’s north ecliptic pole and marks the center of the mission’s northern continuous viewing zone. This is where TESS sectors overlap for improved sensitivity to transits from planets with shorter and longer orbital periods. TESS discoveries here are ideal for follow-up observations with NASA’s James Webb Space Telescope, scheduled to launch in 2021. Targets in the central portion of this zone will be continuously available for observation and monitoring by Webb.

Download
This animation shows how the 208 images of the TESS northern mosaic fit together. The images of each sector appear in the order TESS captured them.