Download Options
The two WB-57F research jets, will launch from Ellington Field near NASA’s Johnson Space Center in Houston. A GIF optimized for posting on Twitter. 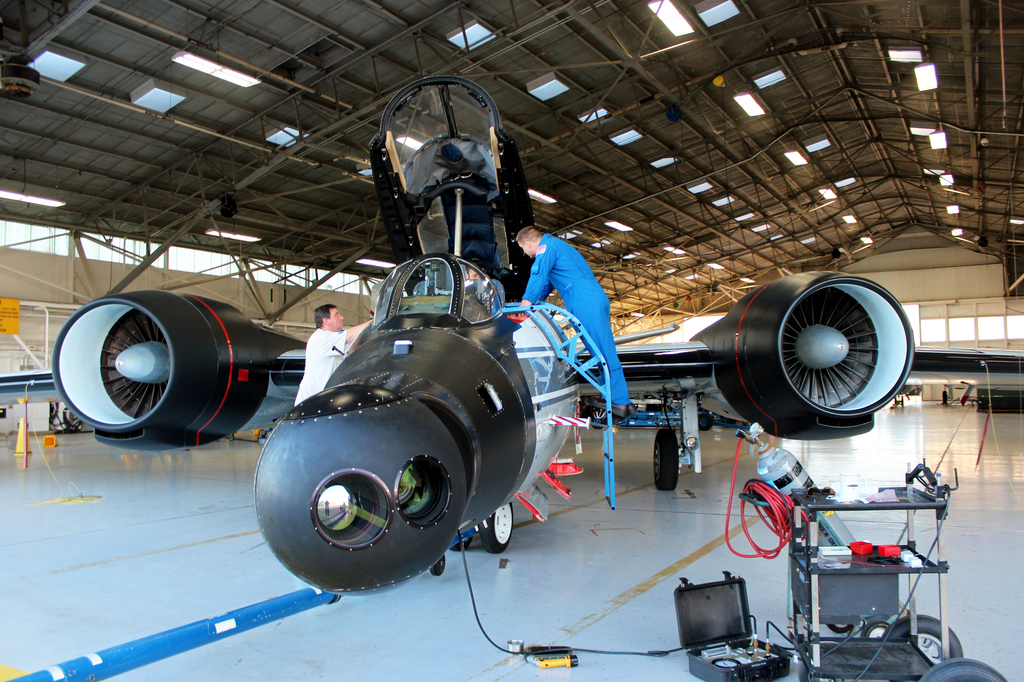 Download Options
The two jets will observe the total eclipse for about three and a half minutes each as they fly over Missouri, Illinois, and Tennessee. Credit: Amir Caspi 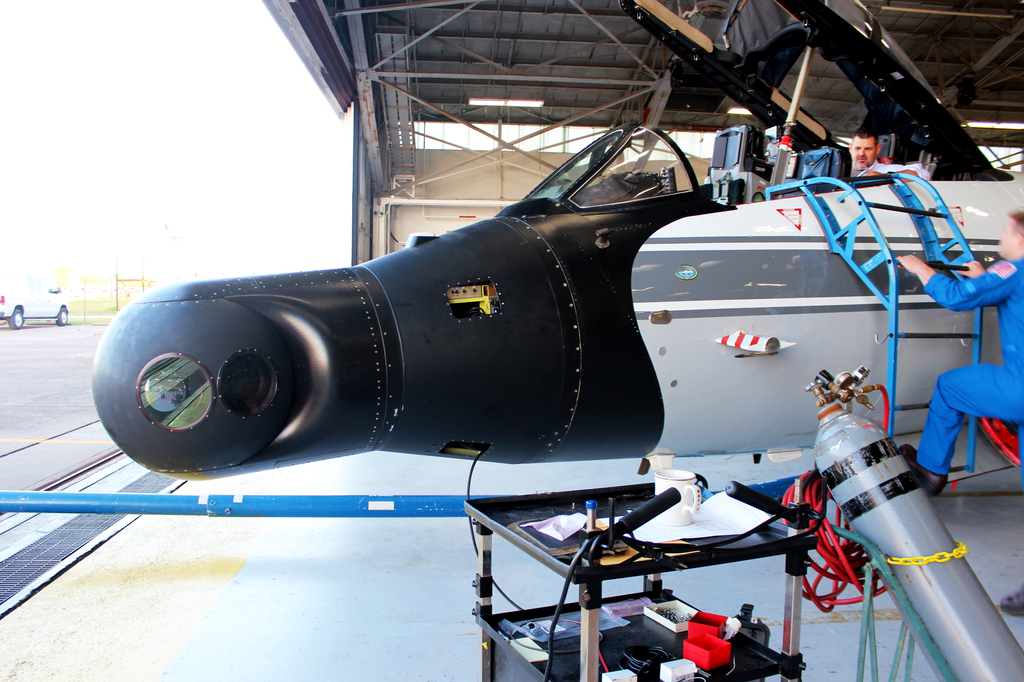 Download Options
Scientists will take observations from twin telescopes mounted on the noses of the planes. Credit: Amir Caspi 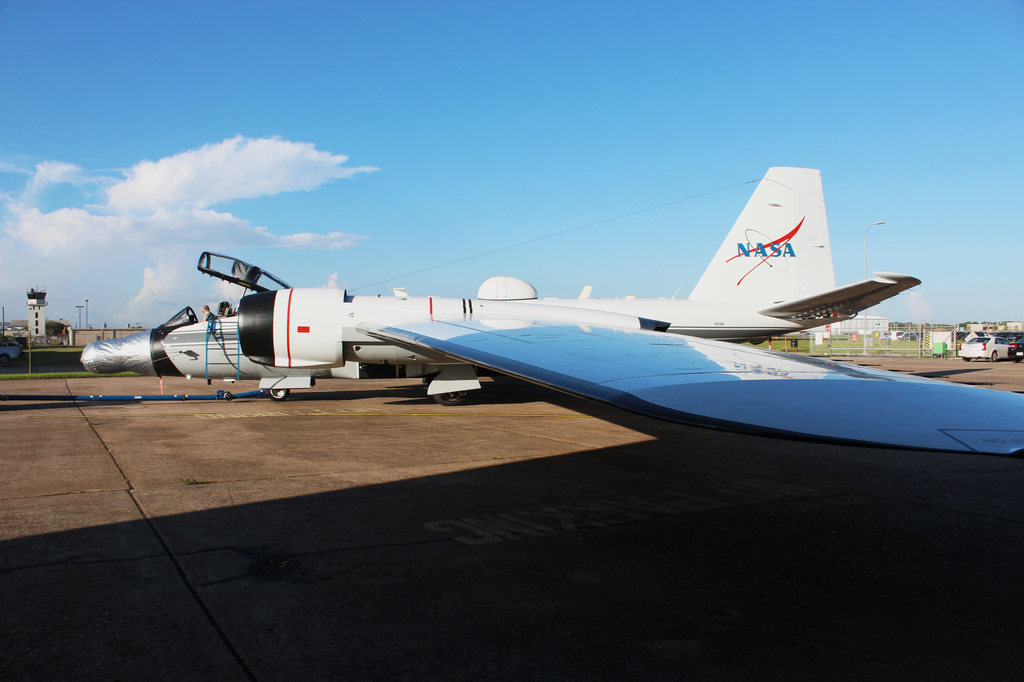 Download Options
By flying high in the stratosphere, observations taken with onboard telescopes will avoid looking through the majority of Earth’s atmosphere, greatly improving image quality. At the planes’ cruising altitude of 50,000 feet, the sky is 20-30 times darker than as seen from the ground, and there is much less atmospheric turbulence, allowing fine structures and motions in the Sun’s corona to be visible. Credit: Amir Caspi