In July 1994, the Hubble Space Telescope was poised to use its newly fixed optics to observe one of the most impressive astronomical events of the century - the 21 fragments of Comet Shoemaker-Levy 9 impacting Jupiter. But these observations almost didn’t happen.

The Hubble Space Telescope got off to a rocky start when shortly after its April, 1990 deployment, operators found that its high-gain antenna was mysteriously stuck. Hubble team members recall that intense week and how they ultimately solved the antenna problem in this third installment of Hubble Memorable Moments: Tinkertoy Solution.

In this second video of NASA's Hubble Memorable Moments series celebrating Hubble's 25 years, the team scrambles to work out an unusual solution to a problem encountered during an instrument repair.

The Space Telescope Imaging Spectrograph, or STIS, was installed on Hubble during Servicing Mission 2 in 1997. The versatile instrument was heavily used until a power supply failure in 2004. The Hubble team spent years preparing for a complex repair task in 2009 on the final servicing mission. But no matter how prepared you are, there is always the possibility of an unexpected obstacle.

In this first video of NASA's Hubble Memorable Moments series celebrating Hubble's 25 years, the telescope must be completely powered off to replace Hubble's heart.

In 1999, engineers at NASA's Goddard Space Flight Center discovered that there was a problem with Hubble's Power Control Unit. Hubble team members came up with a plan to replace the unit on Servicing Mission 3B. On March 6, 2002, the day came to put that plan into action. What could go wrong?

The last comet update, after all comet fragments had impacted Jupiter.

Press conference at the Space Telescope Science Institute from the evening of July 16, 1994 about the first day of comet fragment impacts at Jupiter. Heidi Hammel interrupts at 48:55 with the first images from Hubble. 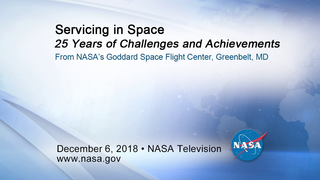 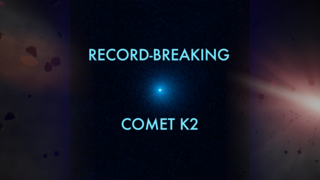