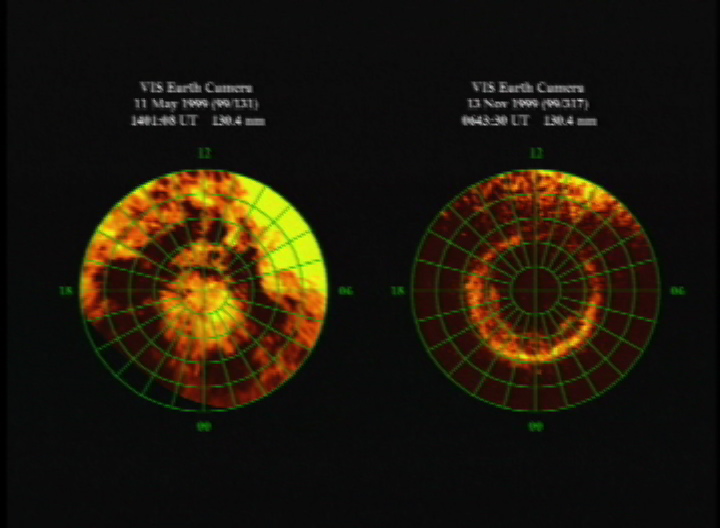 Download Options
A comparison of images of the aurora over the North Pole on May 11, 1999, when there was no solar wind, and November 13, 1999, during normal solar wind conditions. 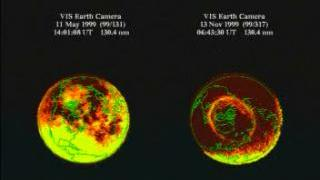 1999/05/11, 1999/11/13
view all stories where this data set is used
Note: While we identify the data sets used in these visualizations, we do not store any further details nor the data sets themselves on our site.