Visualizations by Tom Bridgman Released on June 14, 2013
Download
Inner heliosphere view (to orbit of Mars) of launching of five coronal mass ejections (CMEs). Time samples of the model are three hours apart.
Download
Outer heliosphere view (to orbit of Saturn) of coronal mass ejections. The timesteps of the model are six hours apart. 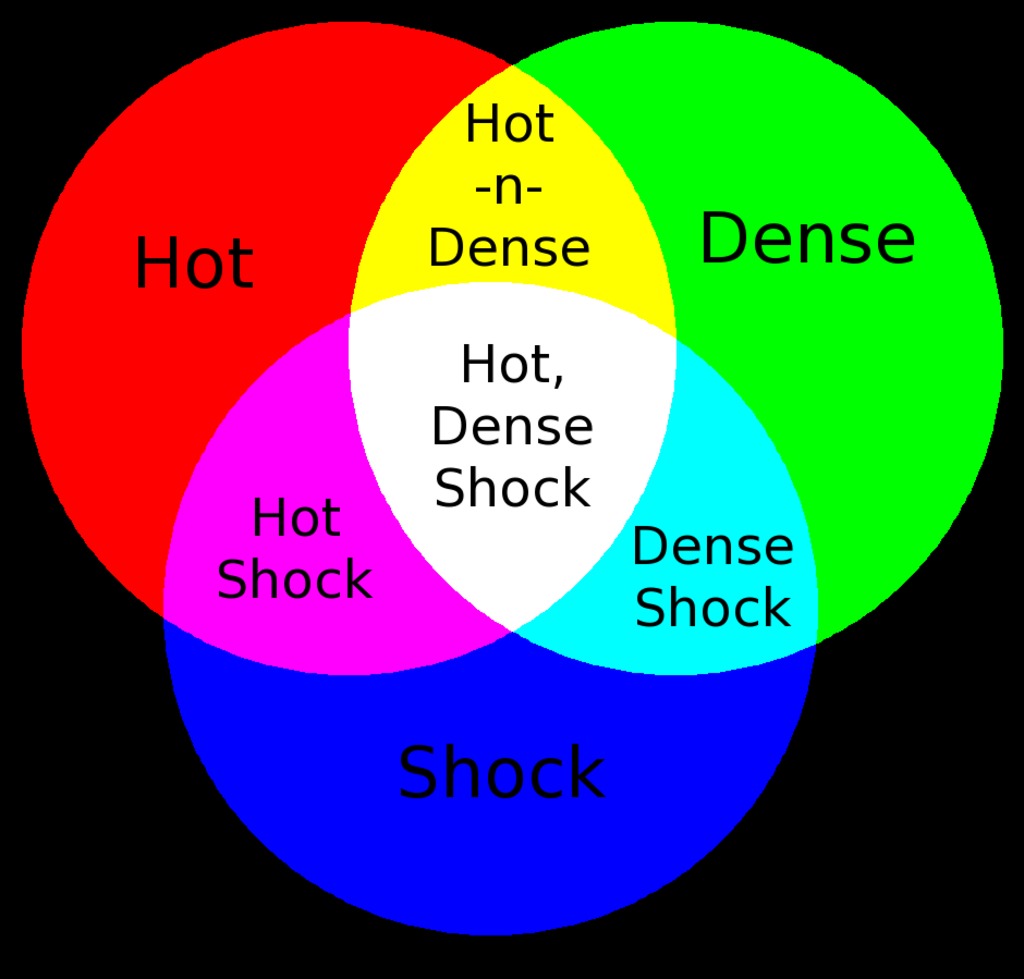 Download
This color table represents how displaying each of the three variables as separate red, green, and blue color ramps combine to identify characteristics in the solar wind and CME. 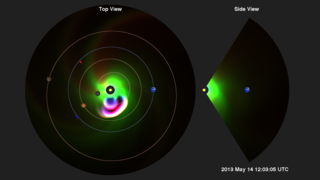 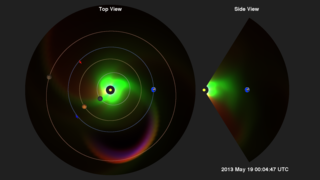 Data Used:
Enlil Heliospheric Model
JPL DE421
Note: While we identify the data sets used in these visualizations, we do not store any further details nor the data sets themselves on our site.