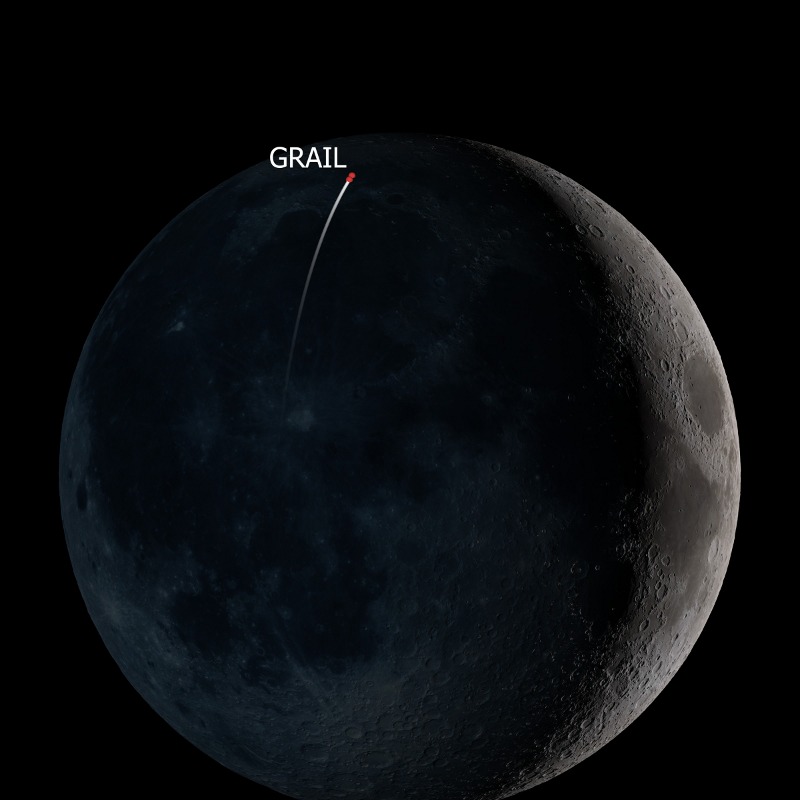 Download Options
One of GRAIL's last orbits across the night side of a waxing crescent Moon. 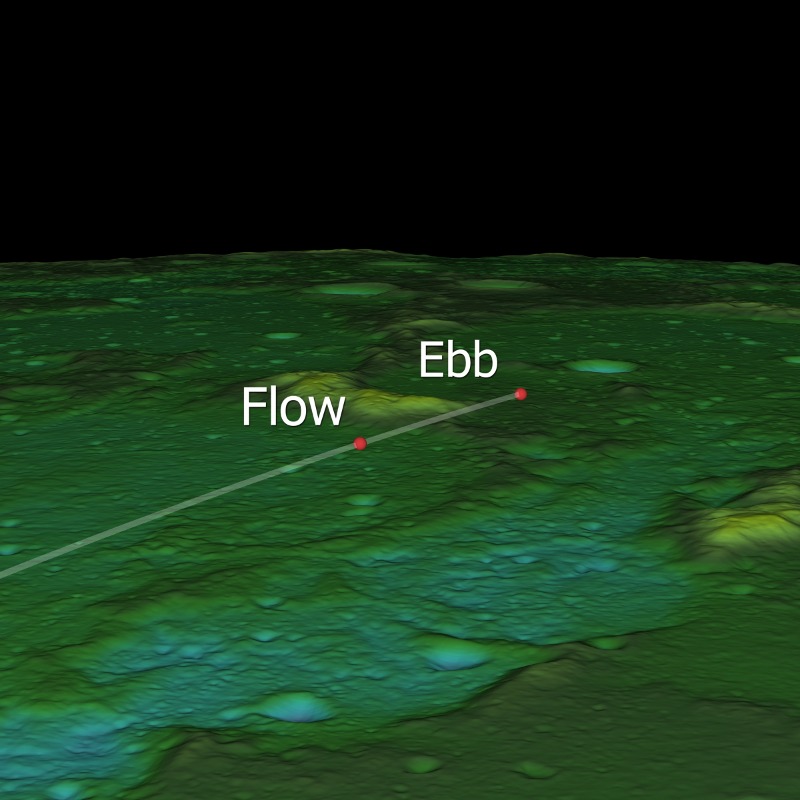 Download Options
On their penultimate orbit, Ebb and Flow just miss the mountain they will hit on their next pass. 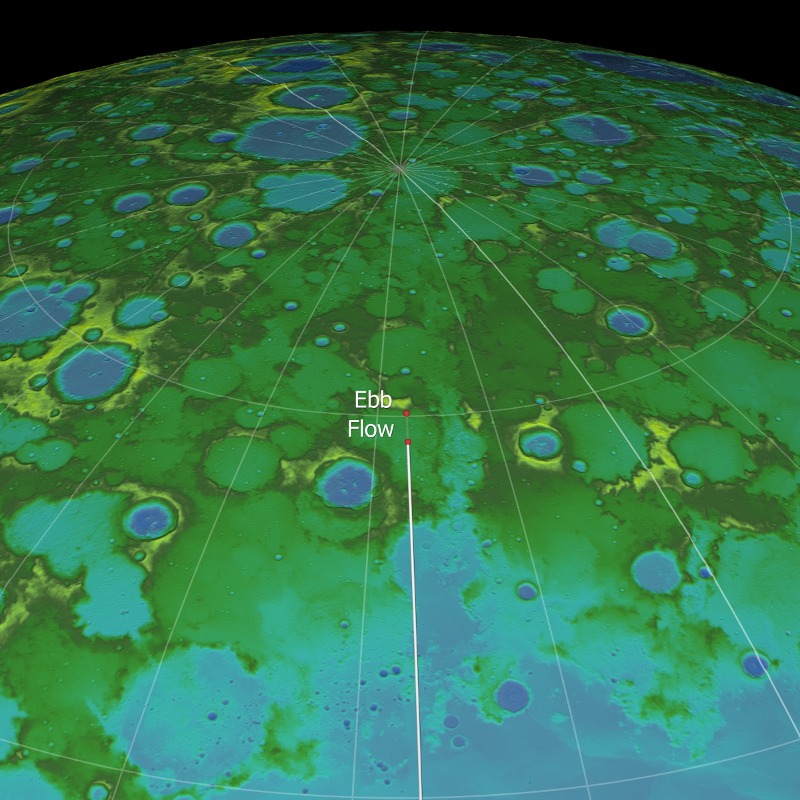 Download Options
A more distant view of the impact site, just seconds before the impact of Ebb. 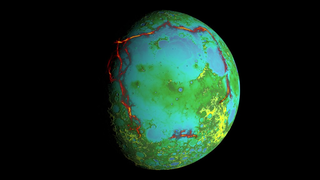 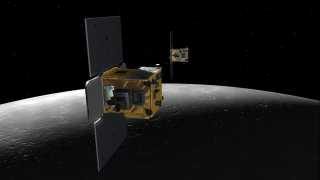