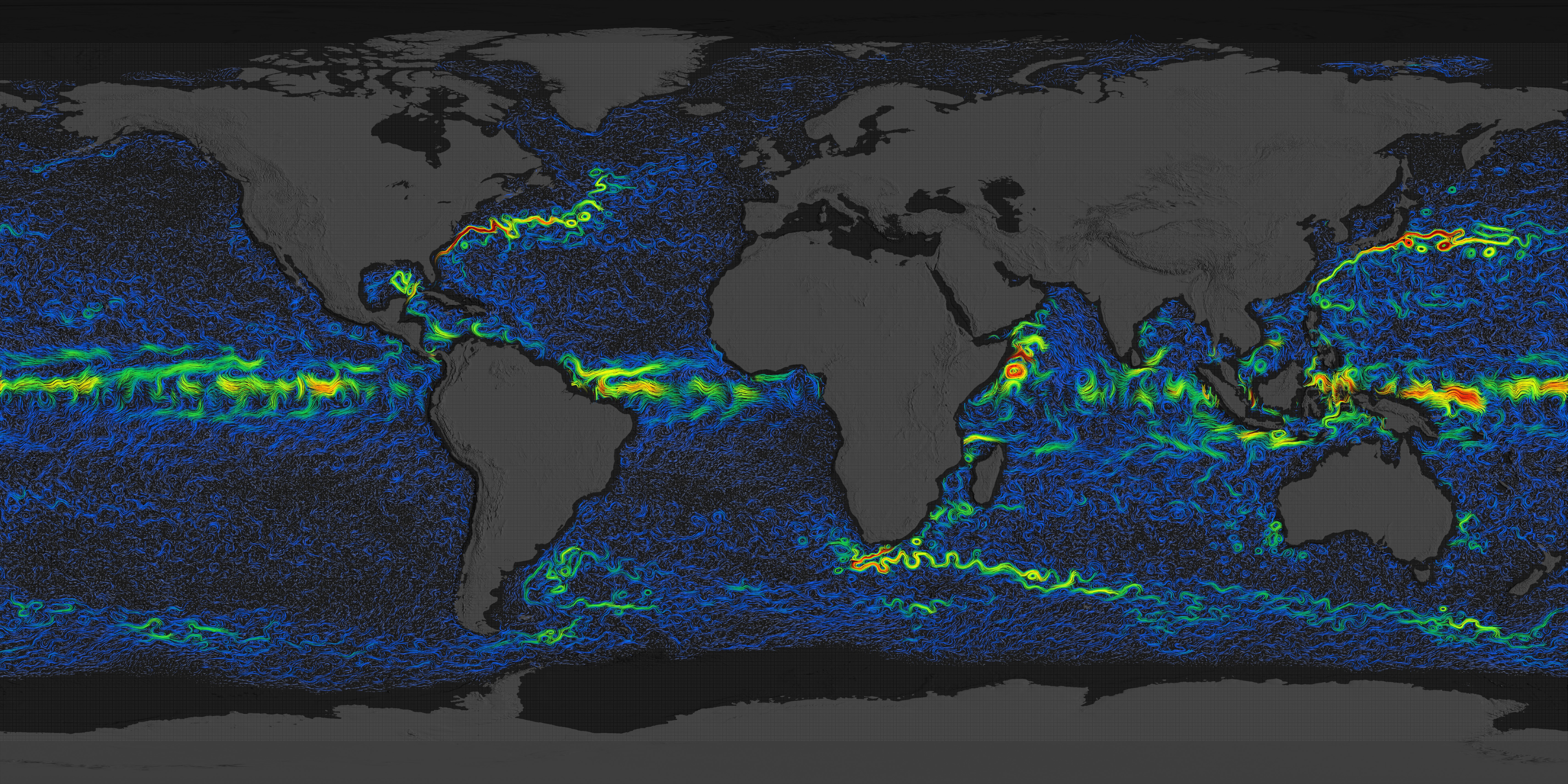 Download Options
A cropped region in the Pacific illustrating the distribution of the actual flow vector data points relative to the flow curves. The white dots represent locations where the OSCAR model defines the ocean current directions. Locations in between are interpolated.

Analysis - NOAA - 01/01/2008 through 07/27/2012
view all stories where this data set is used
Note: While we identify the data sets used in these visualizations, we do not store any further details nor the data sets themselves on our site.