Visualizations by Lori Perkins Released on February 28, 2006
Download Options
This animation dissolves between anomalous temperature averages from December through May in 1880, 1950, and 1990. 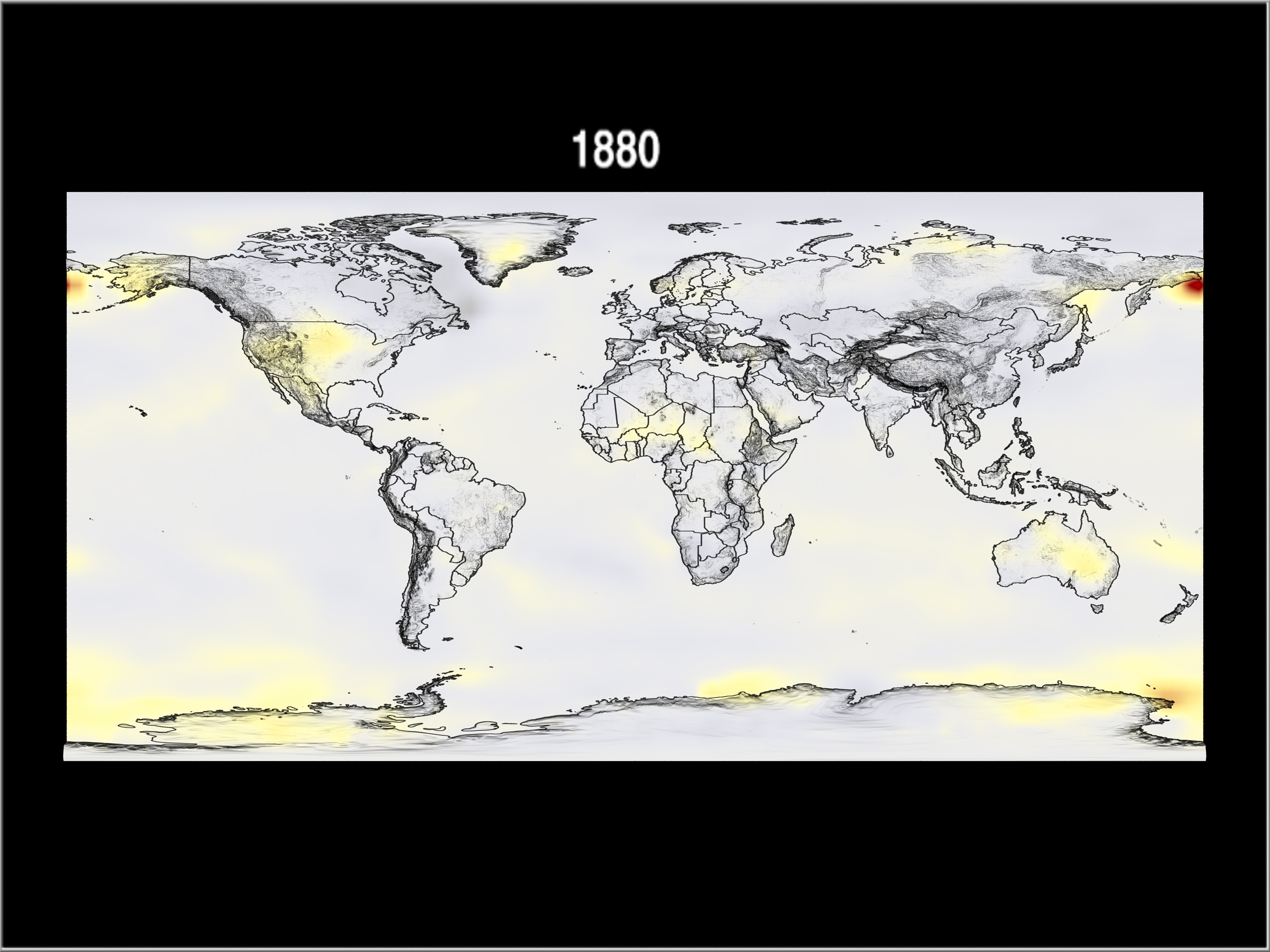 Download Options
1880 - This image shows a decadal seasonal average between December through May in the years 1880 through 1889. 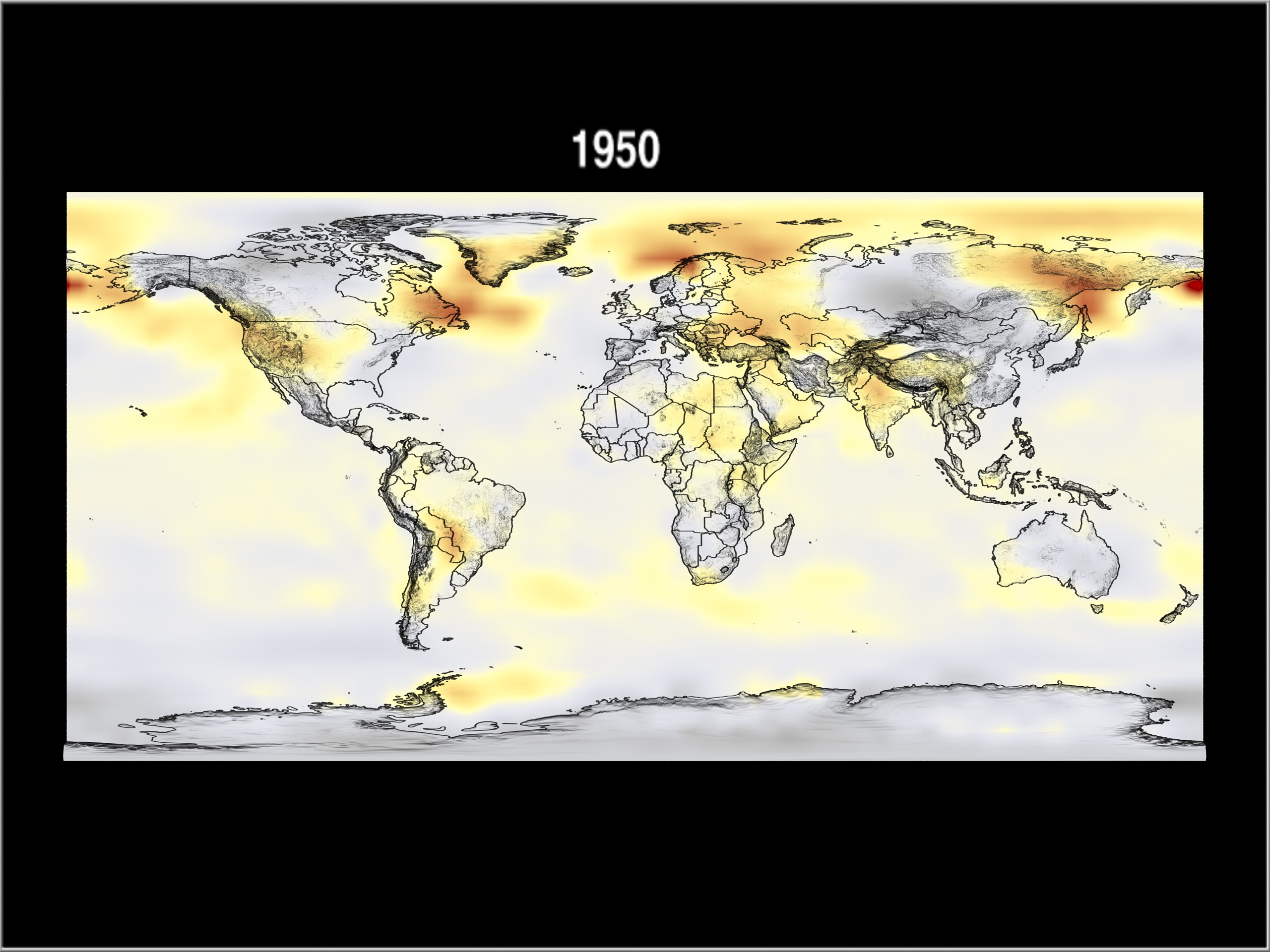 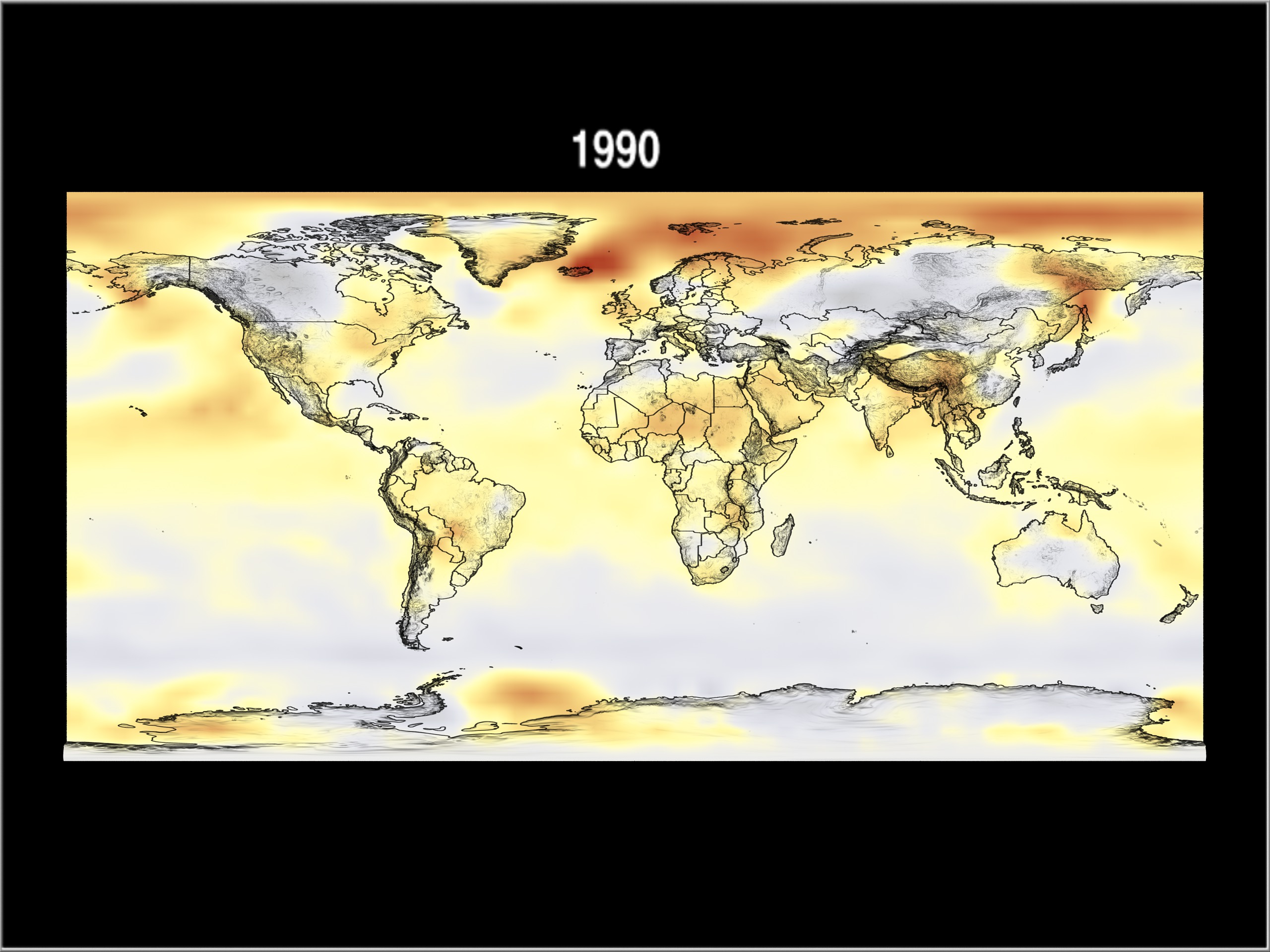 NASA's Atmospheric Chemistry Modeling and Analysis Program - December through May for years 1880, 1950, and 1990
view all stories where this data set is used
Note: While we identify the data sets used in these visualizations, we do not store any further details nor the data sets themselves on our site.

This item is part of this series:
Troprospheric Ozone Impact on Climate Warming