Visualizations by Jeff de La Beaujardiere Released on May 27, 2005 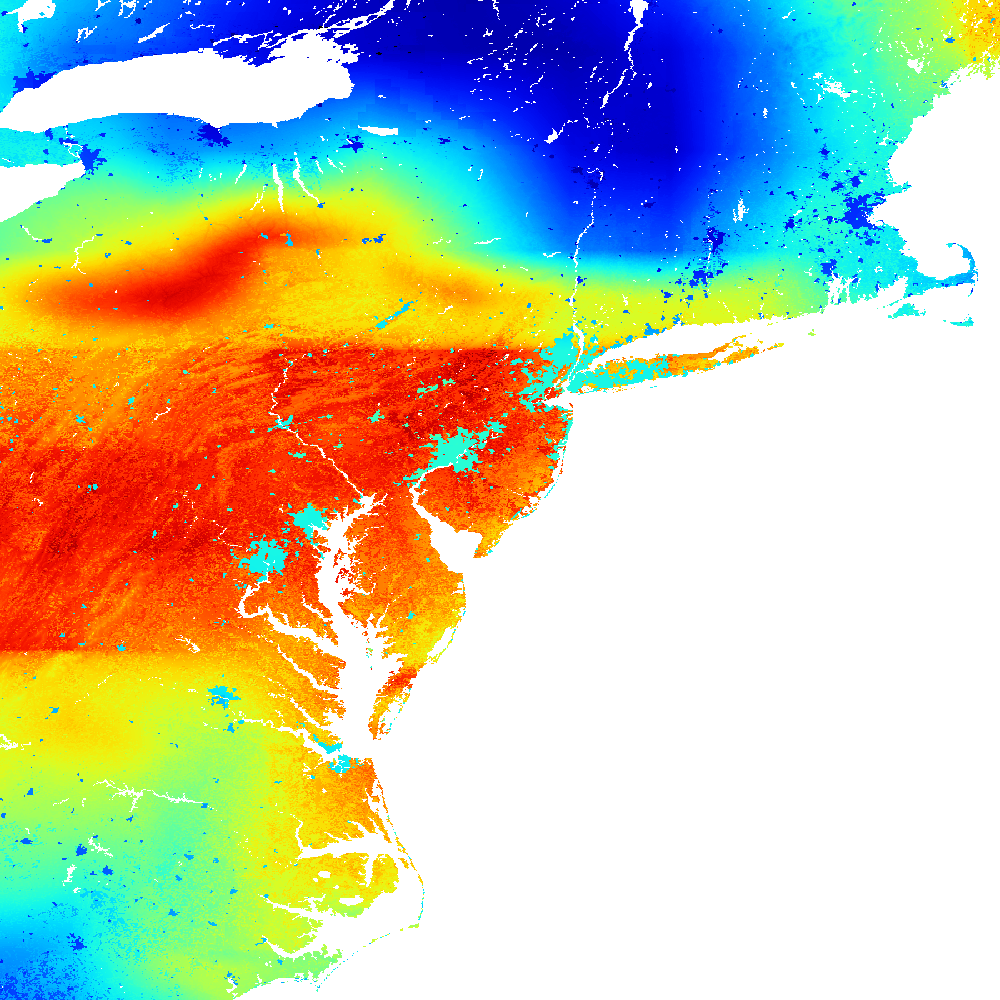 Download Options
This image shows evaporation rate (milligrams per square meter per second) predicted by LIS for 2001/06/11. The urban areas stand out very distinctly against their more evaporative surroundings.

Model - 2001/06/11
view all stories where this data set is used
Note: While we identify the data sets used in these visualizations, we do not store any further details nor the data sets themselves on our site.

This item is part of these series:
WMS
Land Information System