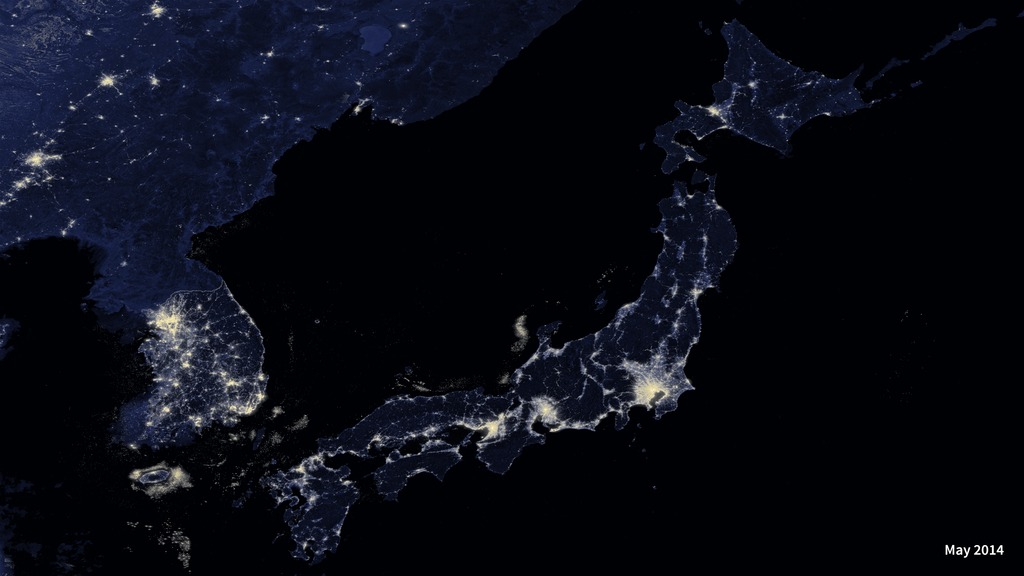 Download Options
A nighttime view of Japan made by combining VIIRS DNB imagery with a colorized cloud-free MODIS image. 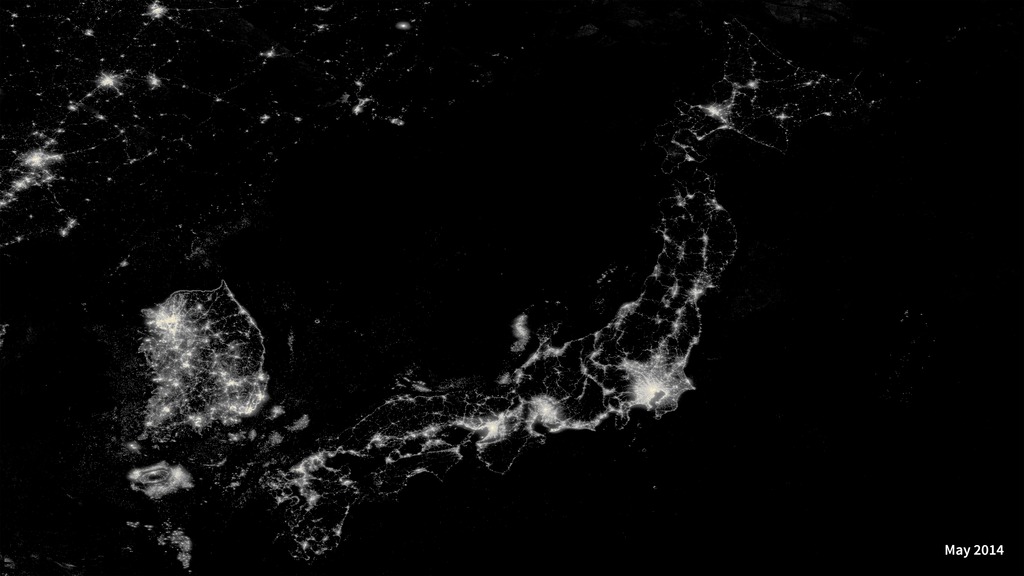