Released on July 28, 2014
Download Options
This animation illustrates solar wind charge exchange in action. An atom of interstellar helium (blue) collides with a solar wind ion (red), losing one of its electrons (yellow) to the other particle. As it settles into a lower-energy state, the electron emits a soft X-ray.

Download Options
Same as above, but without on-screen text. 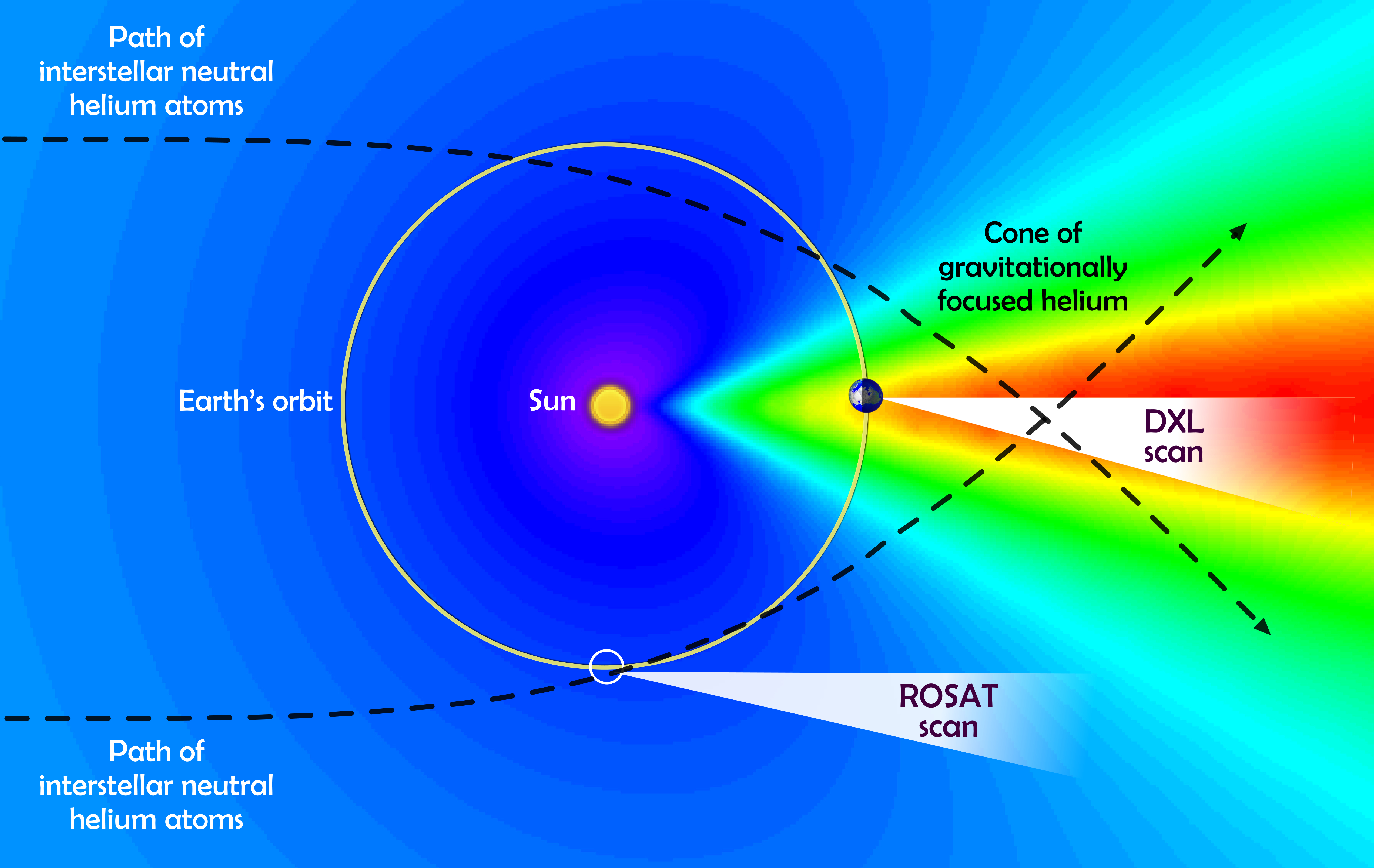 Download Options
Colors indicate the density of interstellar helium near Earth and its enhancement in a downstream cone as neutral atoms respond to the sun's gravity (blue is low density, red is high). Also shown are the observing angles for DXL and ROSAT. 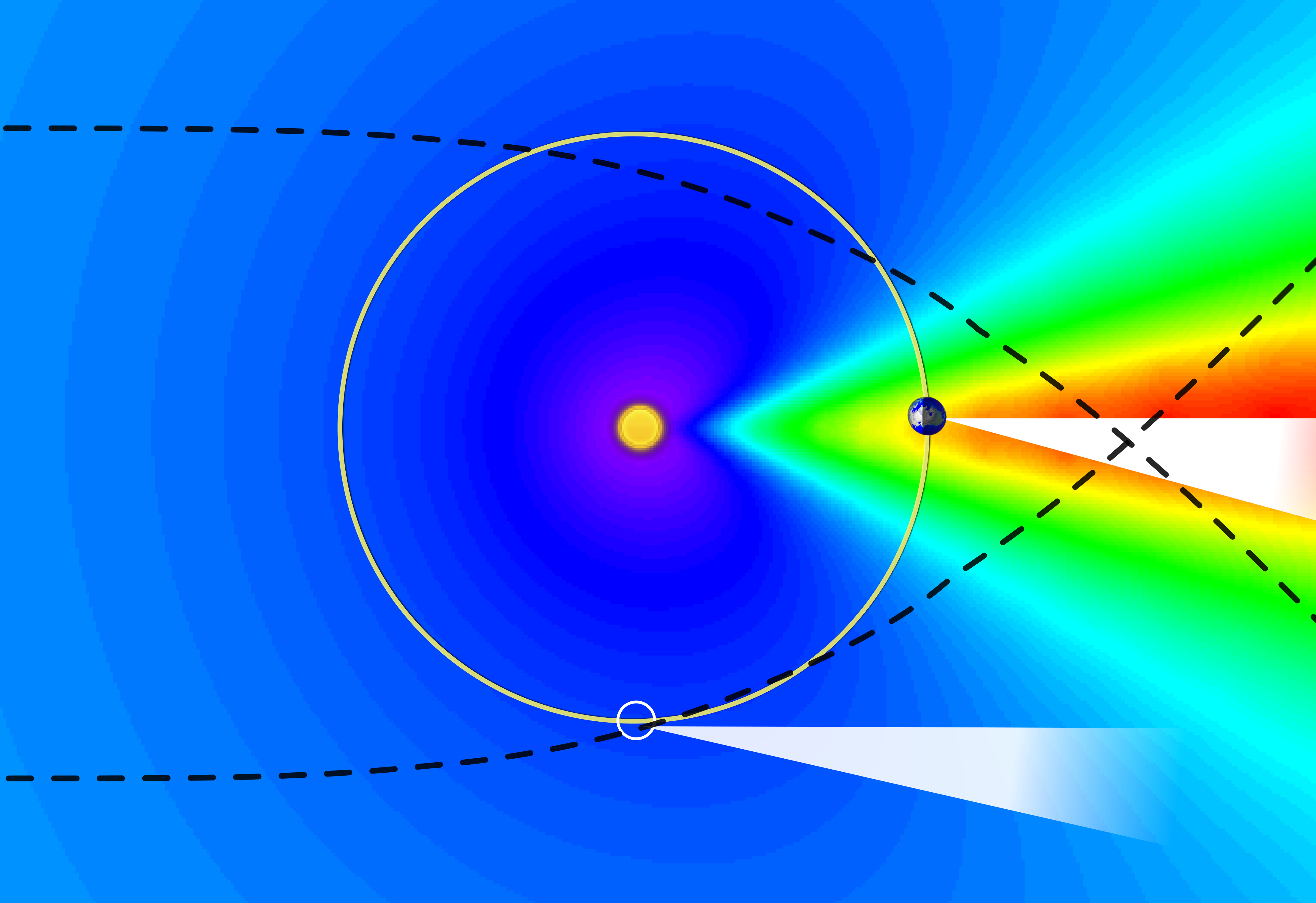