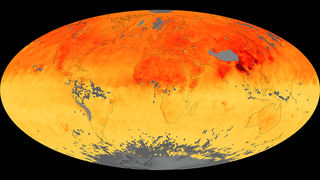 Based on images created by Jesse Allen, NASA's Earth Observatory, using data provided by the National Center for Atmospheric Research (NCAR) and the University of Toronto MOPITT Teams.