Computer Simulations of the Martian Atmosphere Interacting with the Solar Wind

Visualizations by Tom Bridgman Released on July 8, 2004
Download
This movie shows a simulation of the impact of the solar wind on the Martian atmosphere. 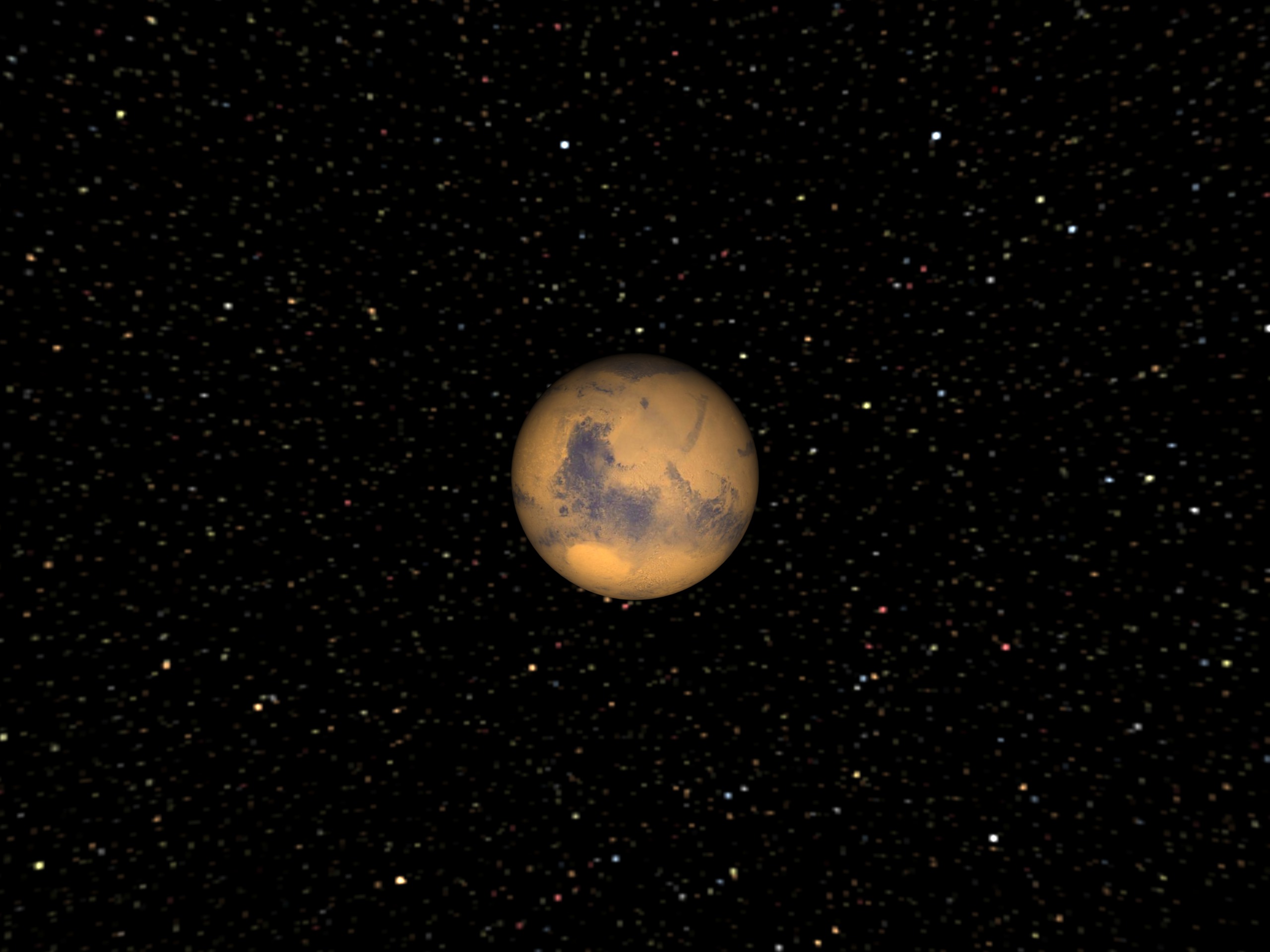 Download
The view of Mars from the opening movie frame. 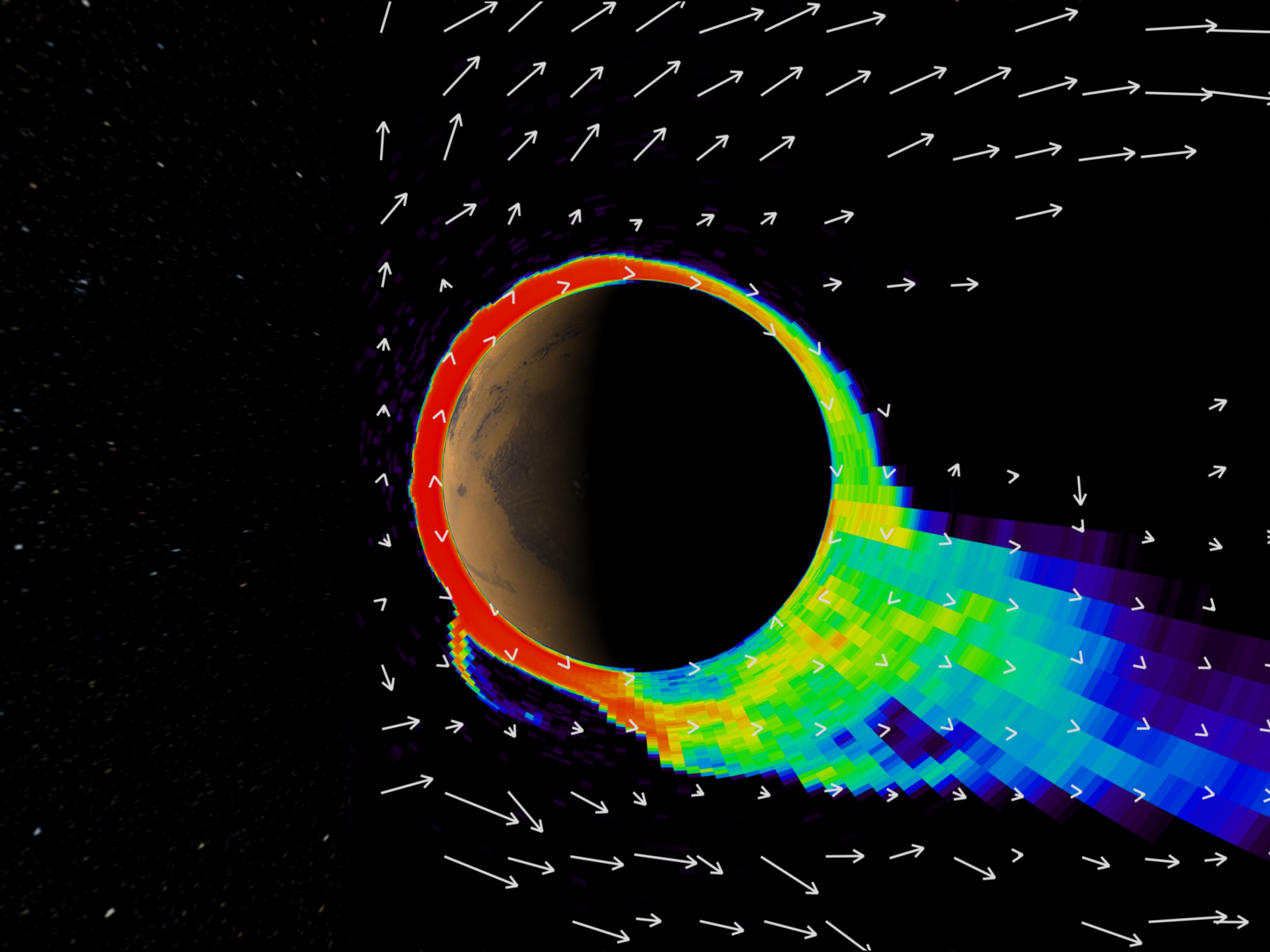 Download
In the case of low solar wind pressure, the sunward side of the ionosphere is thick (the red region) and some of the atmosphere can be seen trailing off behind the planet. 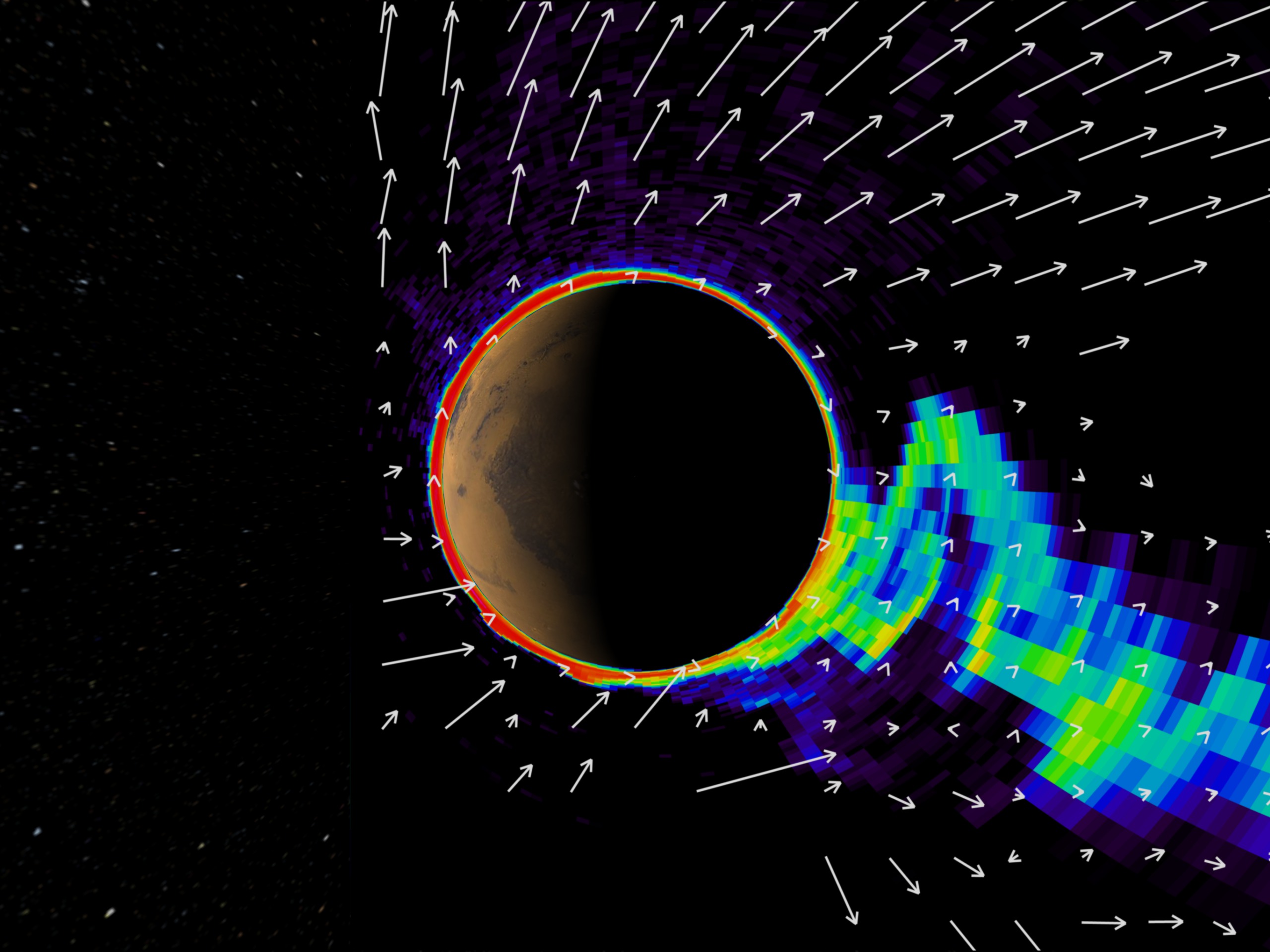 Download
For the faster solar wind, the Martian ionosphere becomes thinner and many more planetary atmosphere is scavenged by the solar wind (see text).

Please give credit for this item to:
NASA/Nagoya University

This item is part of this series:
Halloween 2003 Solar Storms