Visualizations by Alex Kekesi Released on April 22, 2004
Download Options
Animation starts with the full (elevation color-mapped) Earth in view and zooms down to Mauna Loa, Hawaii. 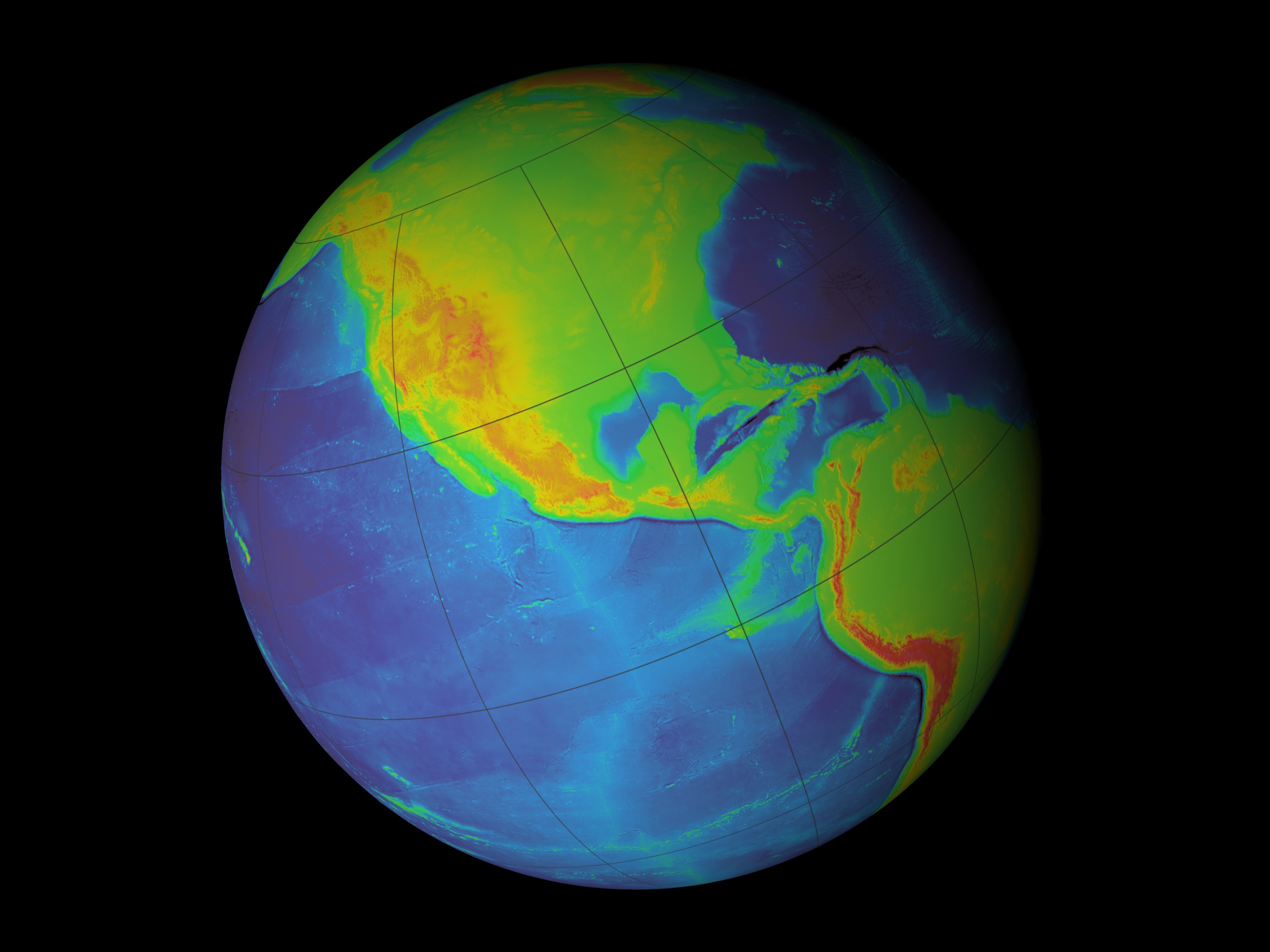 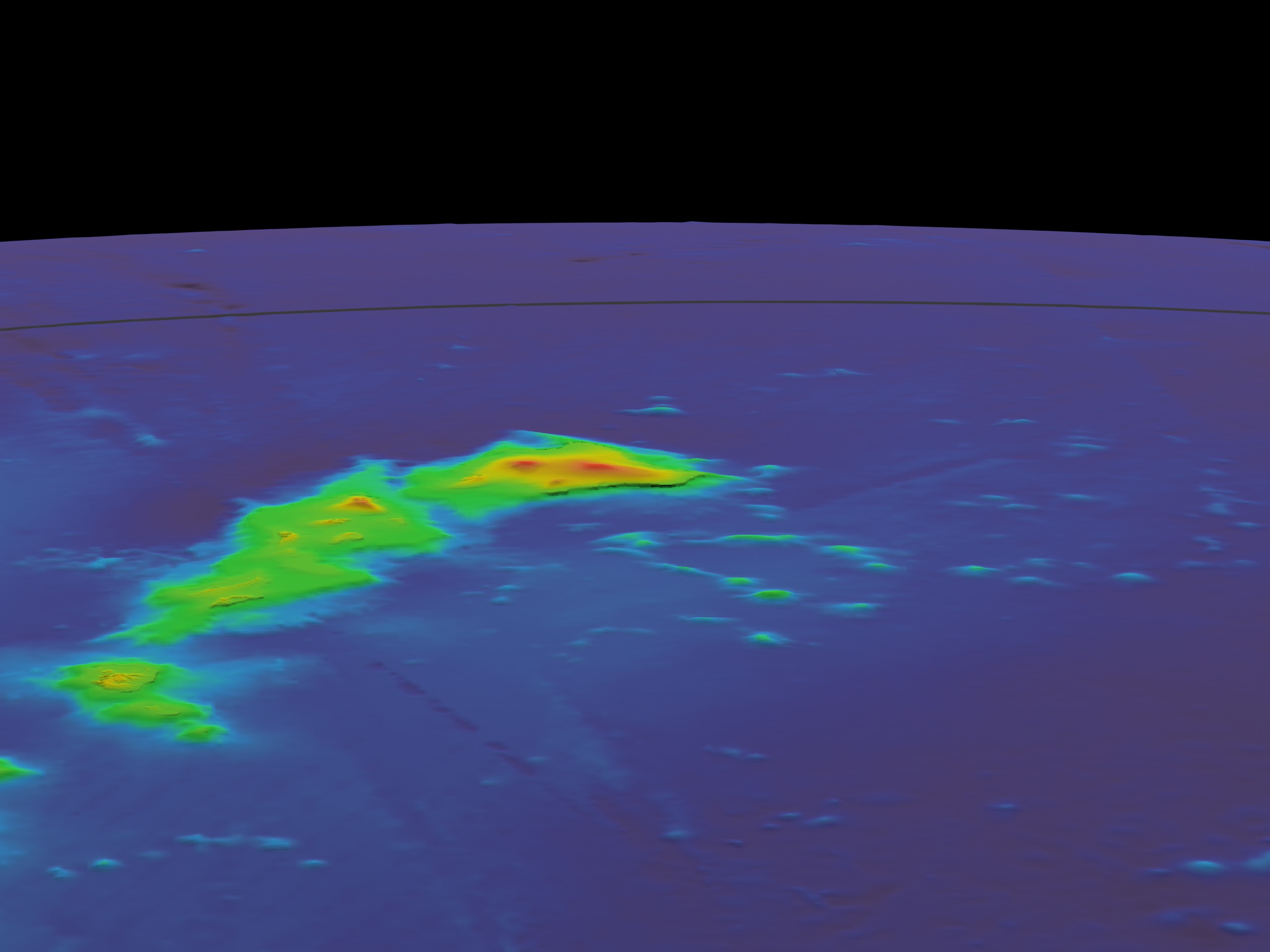 Download Options
Elevation color-mapped close-up of the Hawaiian Islands. Note, there is no water in these oceans, so the elevation map (bathymetry) of the ocean bottom can also be seen.

Model - USGS
view all stories where this data set is used

2001/06-2001/09
Credit:
The Blue Marble data is courtesy of Reto Stockli (NASA/GSFC).
view all stories where this data set is used
Note: While we identify the data sets used in these visualizations, we do not store any further details nor the data sets themselves on our site.

This item is part of this series:
Earth-Mars Comparisons