Visualizations by Cindy Starr Released on April 3, 2003
Download Options
This animation compares the difference between snow cover in the winter of 2001-02 with snow cover from the winter of 2002-03. Regions receiving snow on corresponding dates in 2001-02 but not in 2002-03 are shown in blue. 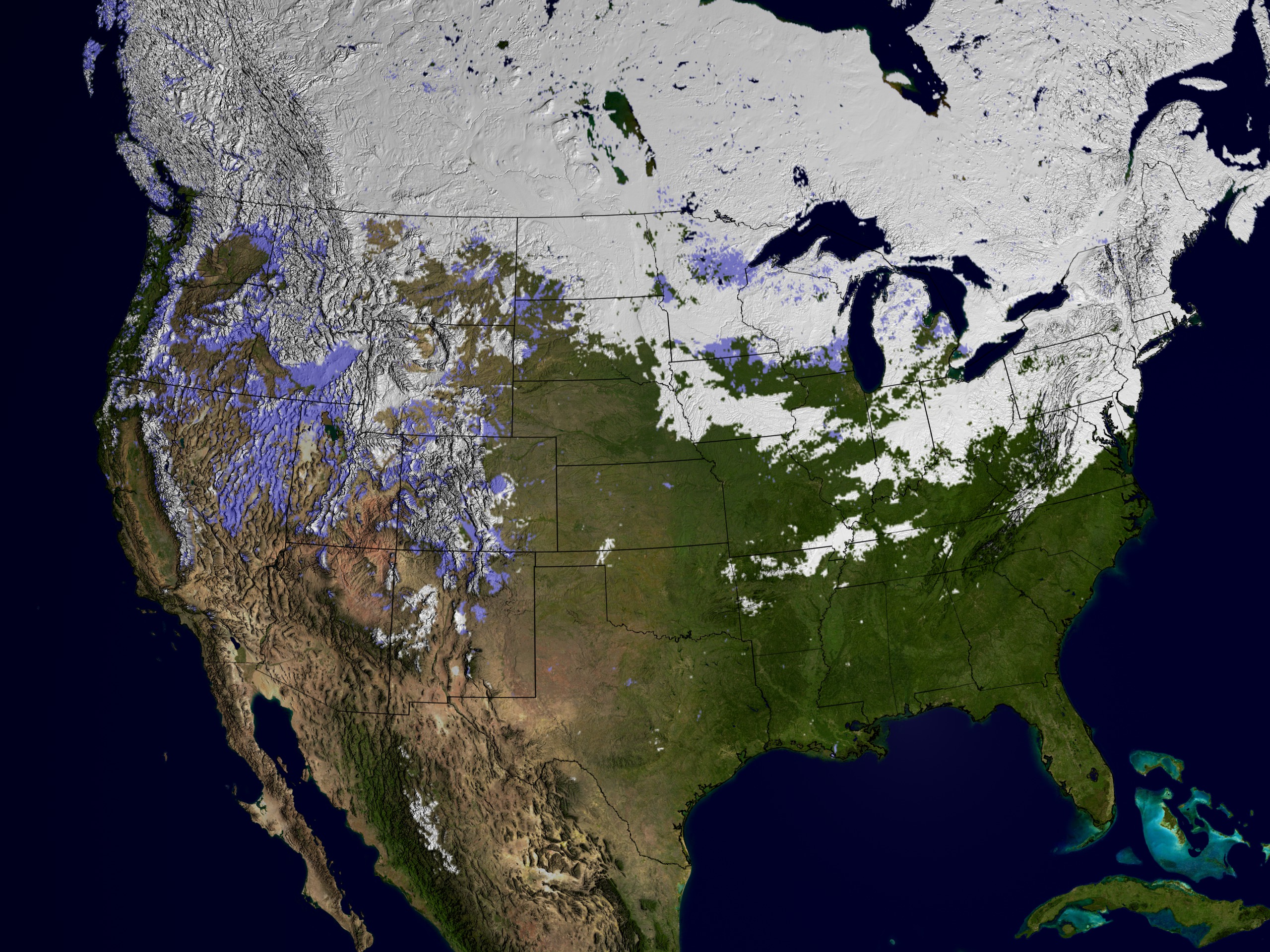 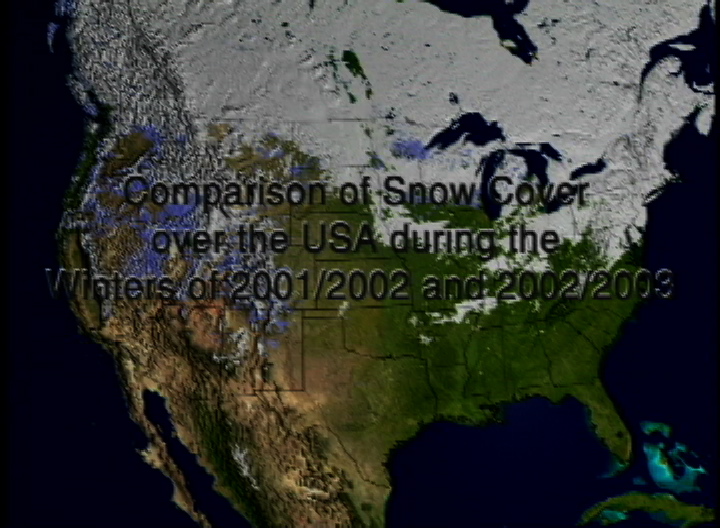